It feels like forever since I’ve seen the awesome Pink LoveJoy. I mean… I think this has been the longest stretch of time since I’ve seen the elusive Pinkster! She’s becoming my unicorn! What is a “unicorn” you may ask? A person you’ve been looking for and I’m talking years and years here people… and you’ve never seen out and about.

Pinky is talking about one of her unicorns today, none other than Scott Wolf from Party of Five!

Hello, my lovelies. Pinky Lovejoy here thinking about unicorns and how it’s so awesome when you can finally cross one of your longtime ones off your list. In my case, I’ve been lucky to cross a unicorn off my list that I’ve been chasing for YEARS. And it’s one of those people who when you say you’ve never met him, people say, “What? But he’s everywhere!” In twelve years at Sundance I somehow never came across my longtime unicorn, Scott Wolf, and he even lives in Utah and goes to Sundance EVERY year! 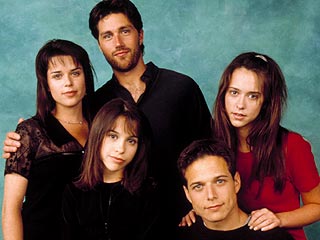 Once I even missed him by five minutes. I’m not kidding. Why did he elude me so? 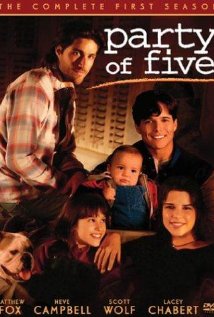 I’d long been a fan of “Party of Five” and had been lucky enough to meet Neve Campbell, Jennifer Love-Hewitt, and Matthew Fox over the years (I’m coming for you next, Lacey Chabert!). 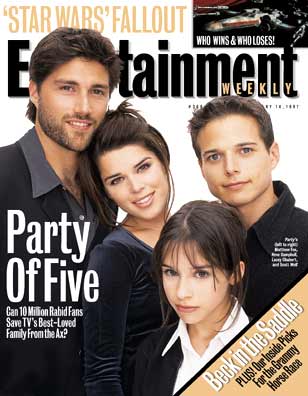 I kept hoping I’d see Scott around, but I somehow seemed to miss him every single time. Finally, he booked a spot on Extra and I was able to head over to The Grove to try and meet him after he filmed his segment. 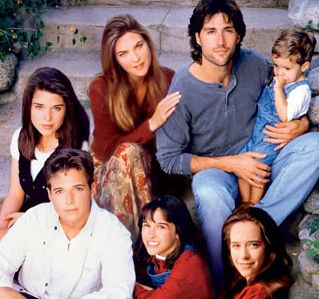 True to his reputation, Scott was incredibly nice and you could tell by just watching him onstage that he was going to be really cool to meet (since I hate when you finally meet a unicorn and they’re less-than-nice to their fans, ahem, a certain redheaded teen queen…). Sure enough, when his segment finished, I asked him for a picture while he was still onstage and he was more than happy to pose with me. In true Pinky fashion, I’m pretty sure I ended up telling him he was my unicorn (like he’d even know what that meant?). Thankfully, I was still able to get my picture. 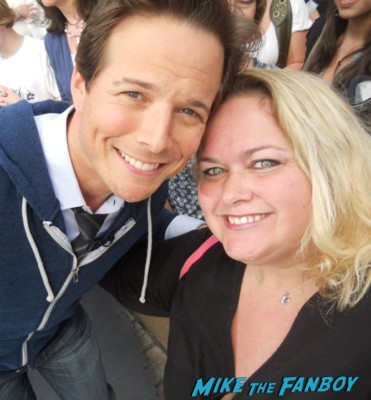 As it always happens, once I get a unicorn, I end up seeing them around everywhere and, of course, I ended up seeing Scott Wolf a few more times the month after I first met him. In fact, I saw him at a golf tournament 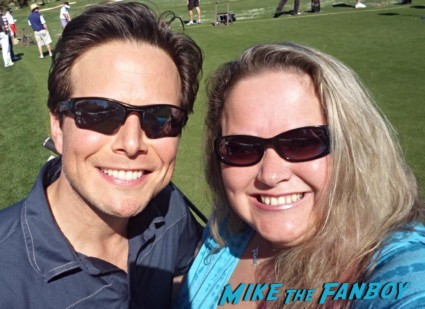 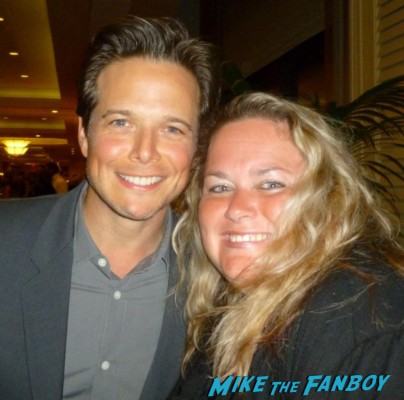 (and even a “Scott Wolf Sandwich” with my girl Lindsay from www.iamnotastalker.com). Each time we saw him, Scott was just as nice as the time before. I love that! Thanks, Scott! 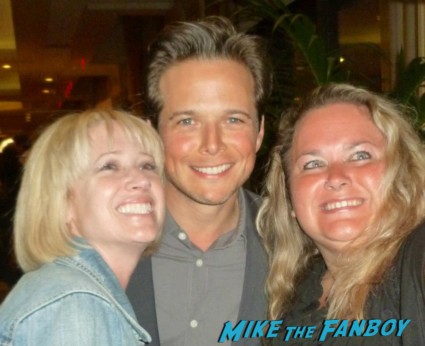