Home / Alias • Fanboying! • Mike The Fanboy Flashback / Meeting Sexy Michael Vartan And Making A Fanboy Fool Of Myself! Along With Jada Pinkett Smith At A Q and A! Autographs! Photos! Alias Awesomeness!

With all the Jennifer Garner talk, at least from my end, lol… I figured it was a good time to take a look back, a look back at my Alias poster or obsession! LOL! More specifically, when I was able to meet none other than Mr. Michael Vartan! For those of you who do not know Michael Vartan was Michael Vaughn on Alias and the love of Sydney Bristow’s life.

A couple years ago Michael was on a show called Hawthorne with Jada Pinkett Smith which aired on TNT. They had a special screening and Q and A with both Michael and Jada along with a catered dinner… Yeah, catered dinner! MMMMMMMM Anyway, I was fortunate enough to get an invite and invited Erica along.

They showed us an episode of the series first. Let’s just say, Hawthorne was not Alias. I had never seen Hawthorne but I was kind of disappointed in the episode we saw.

After the episode aired there was the Q and A with Michael Vartan and Jada. 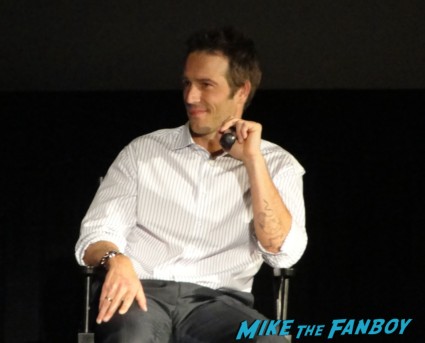 Both were very charming even putting up with some crazy audience questions. 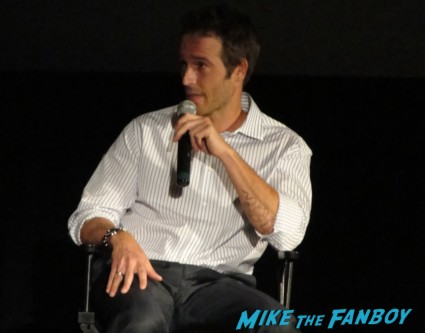 One question from the audience was, “If there was a script about a female hockey player would you be interested in playing that character?” Jada shot back, “And I bet you have such a script!” 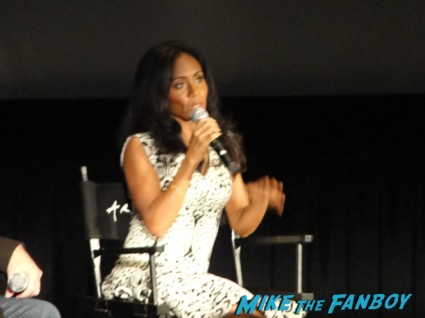 They talked about acting, and producing a show like Hawthorne. Michael touched on Alias for a few minutes but didn’t really get into that series very much. 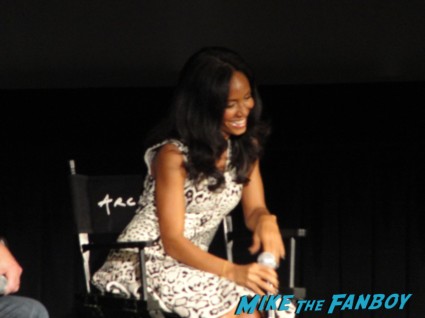 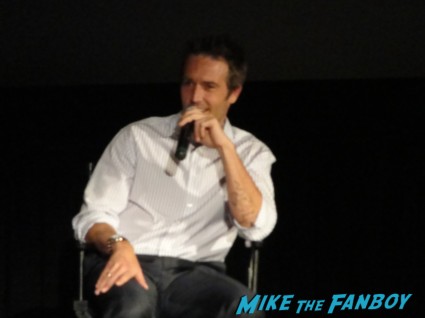 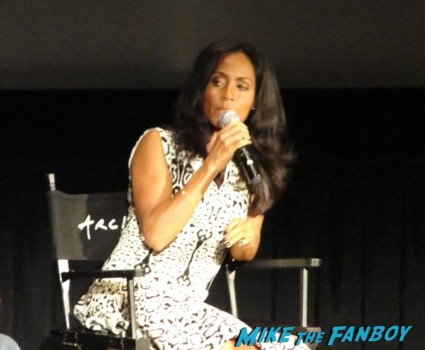 After the Q and A the audience was asked not to approach the stage but to go upstairs and enjoy the reception. Both Jada and Michael would be there and we could talk to them and mingle.

I was like, oh dear… This could be good… or this could be bad. Did I mention there was a full bar? Oh yeah, drunk Mike The Fanboy. Not a good sign! 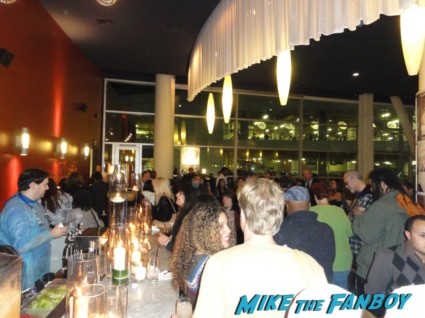 The reception was very nice, and with a full buffet of prime rib and free alcohol the actors who attended the q and a, descended like crack whores trying to get a fix. I swear they were filling up for the week because they weren’t sure if they would eat again.

My mind was strictly on finding Michael Vartan! Michael Vaughn is in my presence! Erica set her eagle eyes out for a scouting and spotted him. I had my Never Been Kissed UK Quad mini poster (already signed by Drew Barrymore and David Arquette) and my Alias poster at the ready.

We spotted Michael and asked him if he would mind signing for a second. He was like “Sure! Let me grab my drink.” Then Michael Vartan sat down with us and signed all our crap! LOL… I think I babbled like a fool for a little bit at least. Not Mary Louise Parker Bad, but… I’m sure I was a tad… Zealous… LOL… Mother Fucker this was Michael Vartan! lol… I asked him to personalize the Never Been Kissed Poster and Erica had Michael sign her Alias DVD insert. 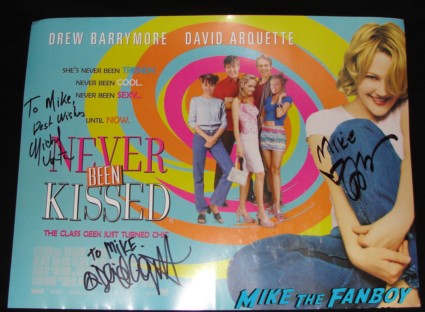 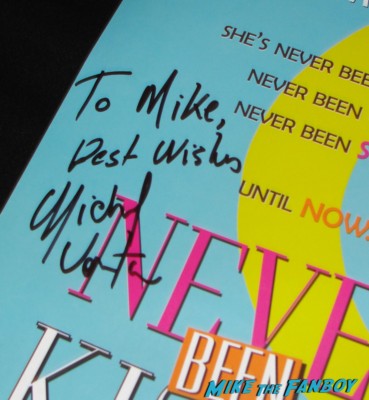 Then Michael graciously signed my Alias mini poster as well. Can I tell you how kind Michael Vartan was? He was so so sweet. We talked about Alias for a hot second, but he seemed like he couldn’t stay at the party long so we didn’t want to totally monopolize him.

Then Michael took photos with both Erica and I and we thanked him for his time. 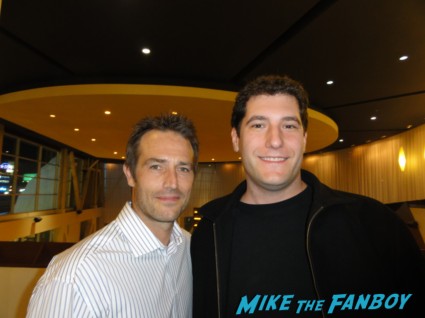 Honestly, I think he took one or two more photos and he had to leave. He mentioned something about a family thing he had to get to, so we were lucky we grabbed him when we did. I always have to go for the autograph and photo before food! LOL…

We then looked over and noticed that Jada Pinkett Smith actually formed a receiving line for photos. She stood over to the side and just lined people up. She chatted, took business cards and was so nice. I was shocked at how kind she was being.

We were even able to get Pinky up and she got her photo with Jada Pinkett Smith as well. 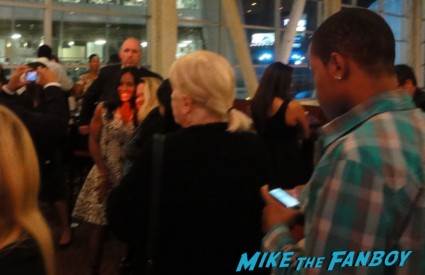 I was telling Jada how this was the first time I saw Hawthorne and I was so glad I made it out because I kept wanting to see it but never got any screeners. She seemed so happy people were (seemingly) enjoying the show.

Erica and I got our photo with Jada and since I didn’t have anything for her to sign, we headed to get some scraps of food that were left. 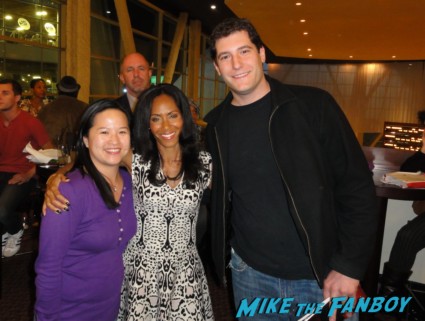 I have to say, both Jada and Michael Vartan were so kind… It’s so nice to have events like these to balance the insanity of regular premiere’s and the like. 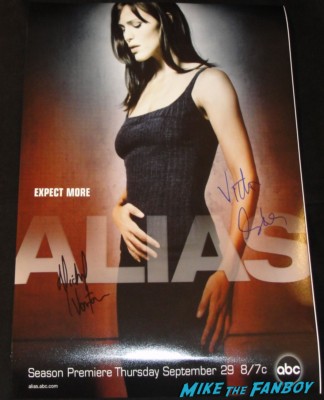