Susan is right, Game of Thrones kicks ass! I think everyone here at Mike The Fanboy enjoys the series. It’s awesome! Hello!

There are those rare days when you run into the best streak of luck… Today Suddenly Susan got some of that luck! She headed out and met Gerard Butler! You may have seen that one… Well, that SAME DAY… She met Game of Thrones star Nikolaj Coster-Waldau as well!

Two hunks in one day. Oh yeah…. Susan is doing pretty well for herself right?

Check out her awesome day and recap below!

For those of you who watch Game of Thrones, I hope you’d agree that Season 3 is kicking ass. I’d think you’re crazy, though, if you didn’t agree that Nikolaj Coster-Waldau has raised the acting bar, especially in the last few episodes. I realized after Sunday’s GOT episode that I never did a write up on my encounter with him.

Last month, I made a choice to go after Gerard Butler in lieu of Nikolaj, but as luck would have it, there was possibly still time to get both. I high tailed it after meeting Gerard to another talk show taping where Nikolaj was a scheduled guest. The traffic gods were definitely with me, as I made record time for that time of day. When I arrived, there were only 15 or so people waiting. I was very surprised, as last time, there were over 30. I was unable to make that appearance, so I was very happy that things were looking positive.

Already waiting in line was none other than Mike the Fanboy himself! He told me Nikolaj was already inside and said he would sign on the way out. This was becoming one of those perfect autographing days. Too bad they happen way less often than the imperfect ones.

True to his word, Mr. Jaime Lannister himself came right over to us. He went down the line, taking his time with everyone waiting. 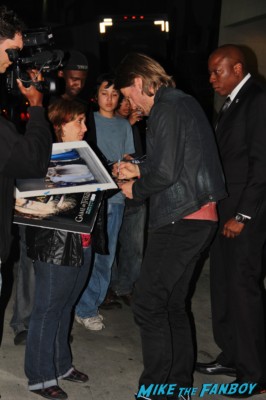 Of course, some “videographer” was taping him for TMZ and asked him a stupid question about ever pulling a prank or something. Luckily for me, Nikolaj answered by the time he reached me. 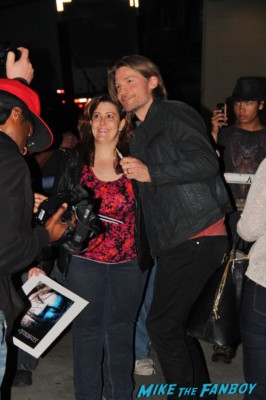 Of course, I asked him to make it out to Susan even though he already had enough letters to write. He chuckled and said no problem. 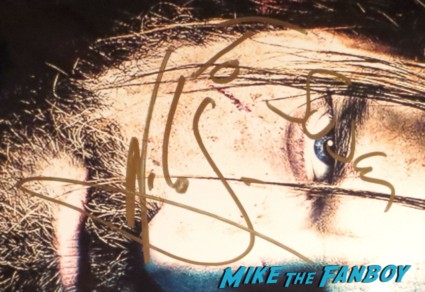 I also got a photo with him, which Mr. MTF took for me. Thanks Mike!!! I remember the camera flash not going off and even Nikolaj asked, did it take? It did. You can tell he’s about to say something in the photo, but Mike thinks it’s a cute one, so I approve. 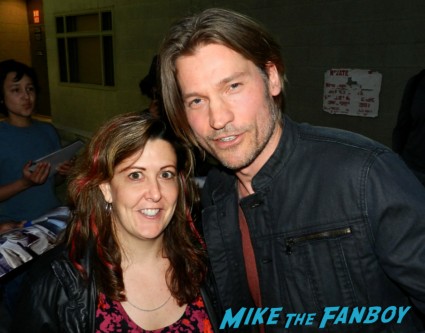 I am truly hoping Nikolaj gets some accolades for his performance this season, but he at least deserves to make the MTF best signers list for 2013. He’s one of the nicest celebrities out there. I think anyone who has met him would agree with that. 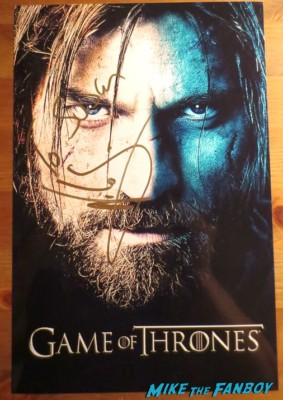