What’s up autograph fanatics! Ace here with a fanboy flashback of my Shirley MacLaine experience!

Mr. C and I had planned on going to get Shirley for weeks. We had other things planned that whole day, therefore we only hoped that we could get her on the way in to her performance. It was a rather far travel for us, but I loved Shirley in films such as Tears of Endearment, but most of all Steel Magnolias. She is a legend, and realistically, I was afraid it would be my only chance. 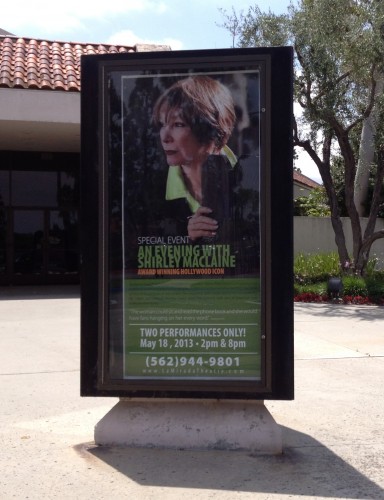 We arrived around ten in the morning. DVD Dave was already there and I had worried that we already would have missed her. We merely staked it out on all corners of the venue. I was really nervous and ecstatic at the same time. Steel Magnolias was always a personal family favorite for me. MacLaine and Dukakis had the most amazing old friend on-screen chemistry. Her performance as Ouiser Boudreaux is unforgettable…

Within an hour of being there, several cars drove by. There was a point in time where an older lady in a red sport car parked right next to us. Nervously, Mr. C and I assumed it was Shirley… Immediately a nice older woman, not Shirley, comes out of the car, and we begin talking to her. She came all the way from Arizona to see Shirley MacLaine! Now that’s a fan! Bill Cosby would have just spit in her face… (To Read Bill Cosby Article, Click Here)

The next car to pass was a black Mercedes… Immediately, I had a feeling it was Shirley. Mr. C, the kind Arizona women, and myself walked all the way to the front. The producer was the first out of the car and immediately said, “not now guys.” We asked Shirley as nice as possible. The producer was persistent in showing his position. Shirley ignored him right away and came to us… She said, “Let me just do it now.” There were only a few of us, so we each got a moment with her… Too bad Olympia Dukakis could not be as nice as Shirley was. The older woman told Shirley she came all the way from Arizona… Immediately, Shirley says with a smile, “Honey, Why would you do a stupid thing like that?” as she gives her a hug.

Mr. C told her she had a beautiful signature… She says quick as a whip “You haven’t seen anything yet.” She signed mine right after she said that… It came out beautifully… 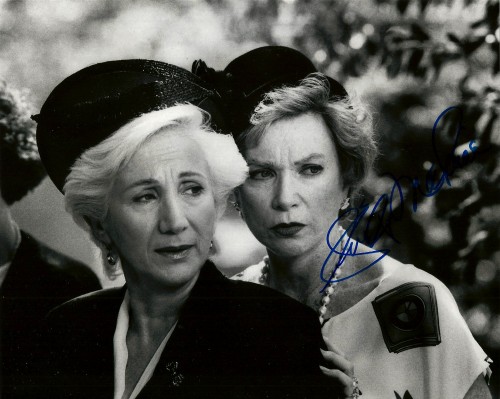 As soon as we got everything signed, she left… It was such a nice experience… It only made me love her more for her roles in Tears of Endearment and Steel Magnolias. 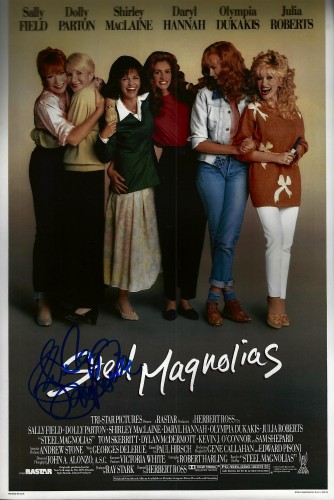