It’s still technically monday right? Yep, last I checked. I’m still getting into the groove of things since driving back from SDCC but I was super excited to read today’s Manic Monday! The saucy Ms. Pinky has met the entire cast of the classic series Laverne & Shirley!

Hello, my lovelies. Pinky Lovejoy super excited about “completing” a cast that I’ve loved since I was a wee pink child. Yes, that’s right, I was finally able to get pictures with the entire cast (well, the ones who are still alive, that is) of my beloved Laverne & Shirley – color me stoked! 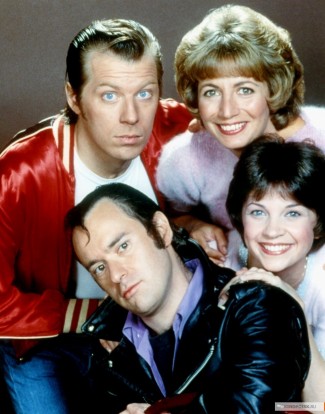 Despite getting a cast shot last year at The Hollywood Show, alas, it was missing Michael McKean who played “Lenny.” Luckily I was able to meet him this past weekend and can now be overjoyed at getting to meet not only Penny Marshall (“Laverne”), Cindy Marshall (“Shirley”), Eddie Mekka (“Carmine”), and David Lander (“Squiggy”), but “Lenny,” too! Wahoo! 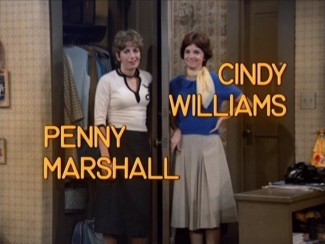 Although the show began in 1976 (when I was only three), I vividly remember watching it and worshipping everything about it. I longed to date someone who loved me like Carmine, have neighbors like Lenny and Squiggy, and have a roommate that was my BFF. 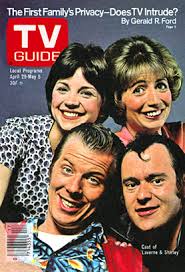 I especially wanted to be Laverne – from her cool attitude with men, to her “L” on every shirt, to her love for her signature drink (milk and Pepsi). 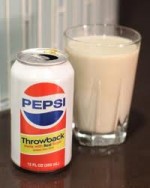 Ironically, while I was dreaming about being Laverne, my future fiancée, Mr. Keith Coogan, was actually a guest star on the show and got to drink milk and Pepsi WITH Laverne! Can you believe it? How could he be so lucky?!?! My brain can’t even process how amazing that would have been.

My quest to meet the cast began several years ago when I met Cindy Williams at a charity event. I could barely speak I was so excited to meet Shirley Feeney in person. Cindy was very sweet and happy to pose with us. 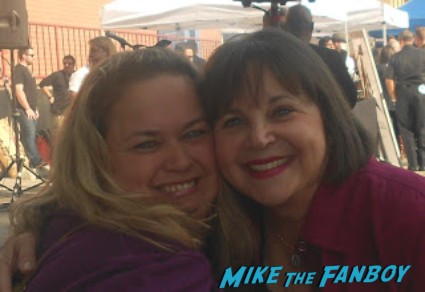 A few months later, David Lander was at The Hollywood Show and I was finally able to cross another cast member off my list. 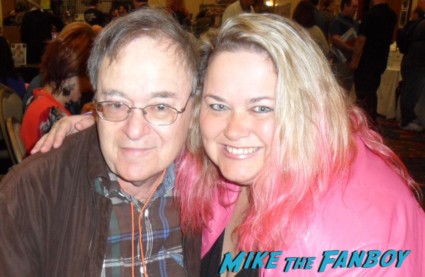 Then, the big day arrived later that year when I was able to meet everyone from the cast at once except Michael McKean. Not only was I able to get a group show with the cast, 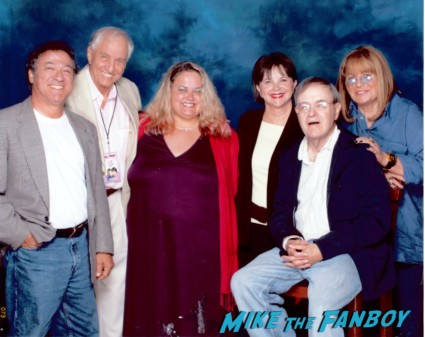 but I got a great shot with me, Penny, and Cindy – in fact, every time they saw me after that Penny would say, “There’s Pinky again” (yep, Penny Marshall knows my name – gah!).  Even better? Both Cindy and Penny signed our picture together. It’s one of my prized possessions. 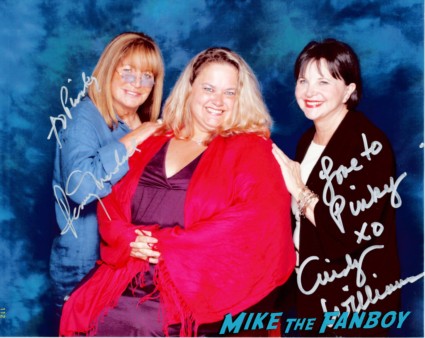 When I learned that Michael McKean was in a local play, I told Keith we had to be sure to get over there. Finally, we had some free time this past weekend (one day before the play closed) and I’m so glad we did! Thanks to our friend Mike we were able to recognize Michael McKean – he walks quick! Had it not been for Mike I would have totally missed Michael. Phew! Michael was very cordial and stopped briefly to take the picture. Obviously, from my expression you can see that I was a wee bit excited. It was Lenny!!! 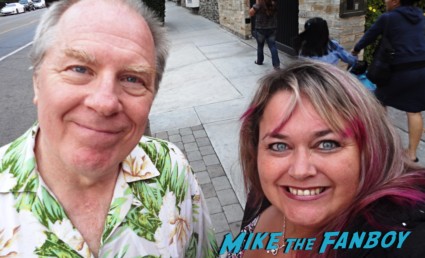 If you’ve never seen one of the classic episodes of Laverne & Shirley, I highly recommend that you rectify that immediately. I’m sure most seasons (if not the entire show) is on DVD by now. Run out and pick it up! J