Supernatural has been of the top shows on the CW for over 10 years. And every year it’s always one of the top draws at SDCC.

This year on Sunday I headed to the WB booth and was lucky enough to get a ticket for the signing! Woo to the Hoo I say. 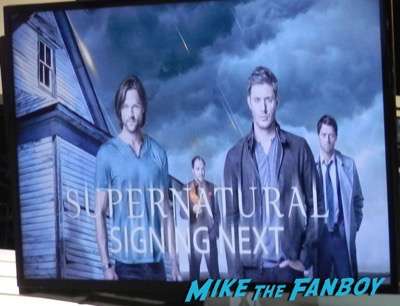 It was super early and the first thing I did on Sunday as a matter of fact.

The entire cast was there including the two leads Jared Padalecki and Jensen Ackles.

I ran down to the floor with Billy Beer and we waited for the signing to start. 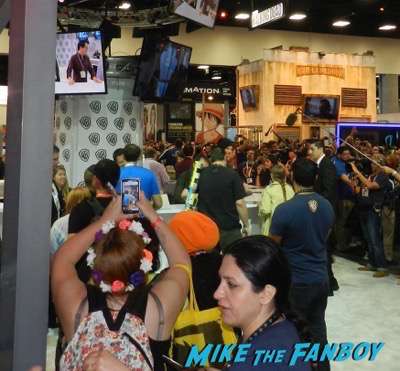 I have to tell you, I’ve never seen so many girls about to pass out. 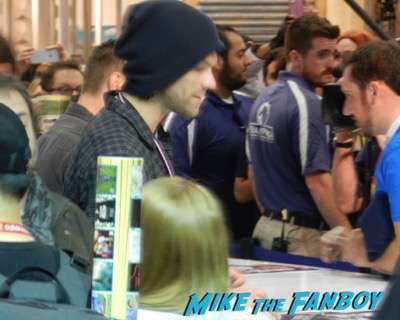 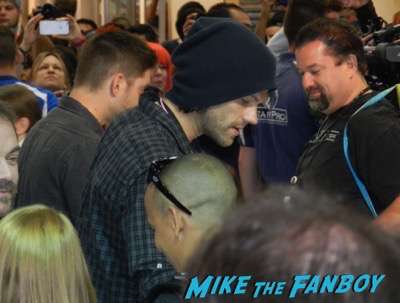 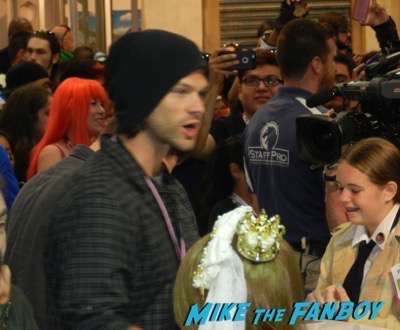 When the signing started, I watched two girls literally burst out into tears at meeting Jared Padalecki and Jensen Ackles. It was so cute. It was honestly one of those things that SDCC was made for. 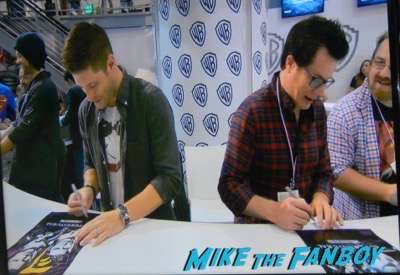 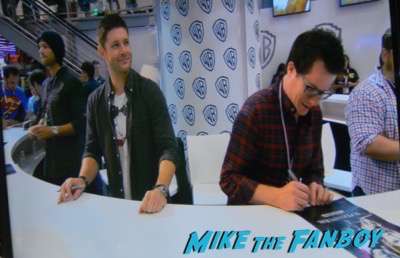 When it was my turn I was really rushed through the line. The girl in front of me burst into tears (yes, another girl) I honestly thought it was adorable so i didn’t mind. I did talk to Jared Padalecki about Gilmore Girls. Yes, I’m a giant dork, but I did just rematch almost the entire series.

Jared asked me if I thought it held up, which I thought it did. He was so Frakkin nice. I think he would have talked for a half hour. Because I talked with Jared, I really didn’t get to say much to Jensen sadly, I was pretty rushed through, but it was a fun signing!

Thanks to Janna I have a few photos of me during the signing line! 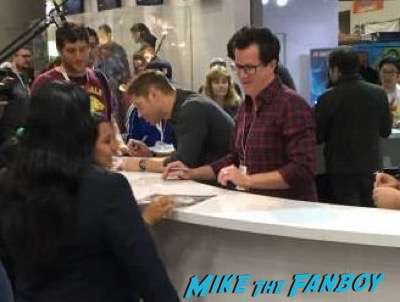 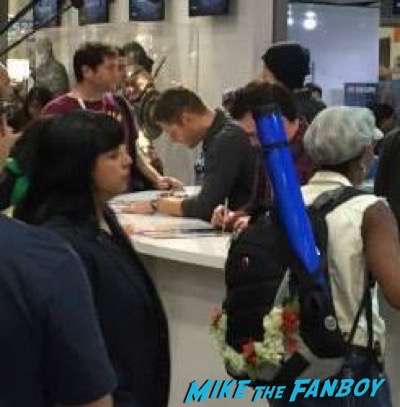 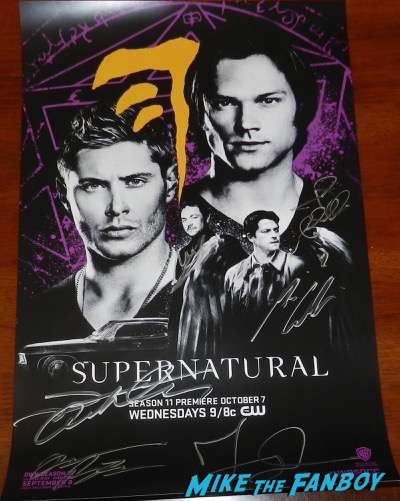