Guardians of the Galaxy seems to be everyone’s favorite film at the moment and I have to admit, I really liked it. It was a solid fun film very reminiscent of Firefly.

Well, you all may remember the disaster that was the premiere… Ahem… I wanted to make sure I got this recap up because clearly it wasn’t the actors in the film who were being difficult to the fans, it was the security.

Now, this was the same time as the premiere so there were a lot of people but not as many as you would expect for a lineup like this.

I ran over with DVD Dave and just as we got there, Chris Pratt was coming in. Now, Chris is super nice, I honestly didn’t think any of them would do it, since the premiere is at the same time.

Chris immediately came over and started signing down the line, Super cool. 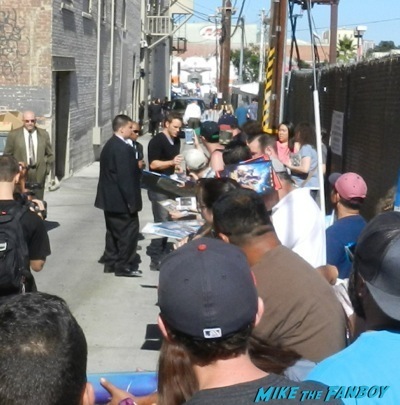 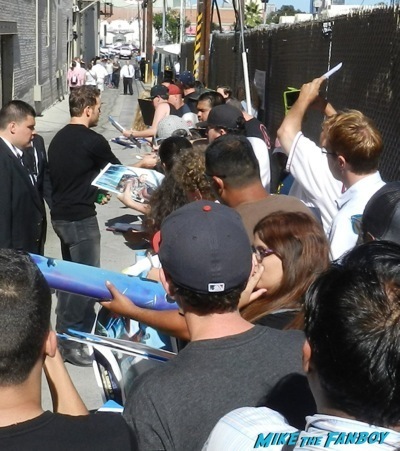 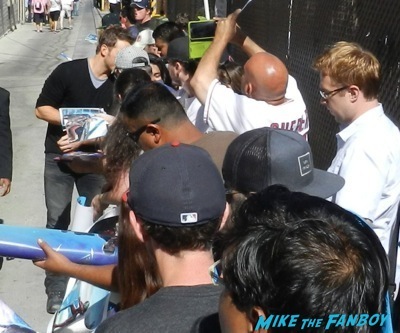 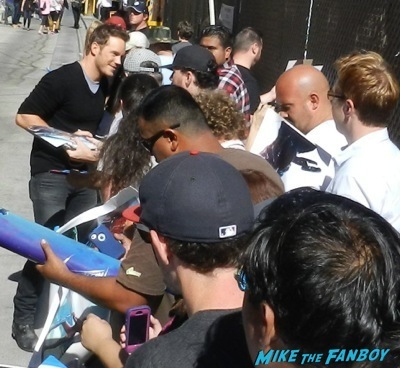 He was moving fast since he had to get in, but he was still giving everyone their moment. 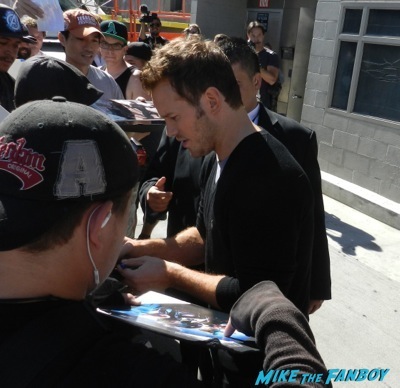 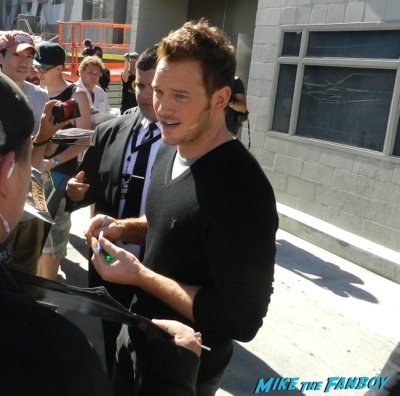 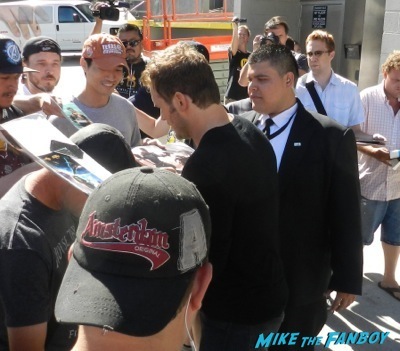 He switched to gold to sign my poster and signed my Star-Lord individual poster as well. Before signing for DVD Dave, and jetting off. 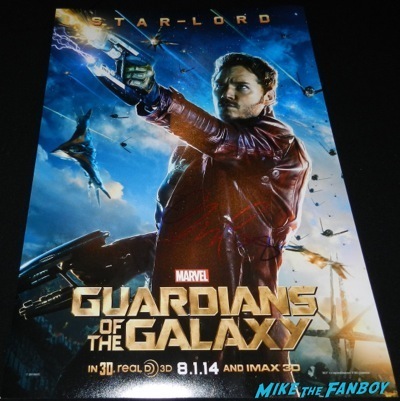 Then Dave Bautista arrives and he came right over. 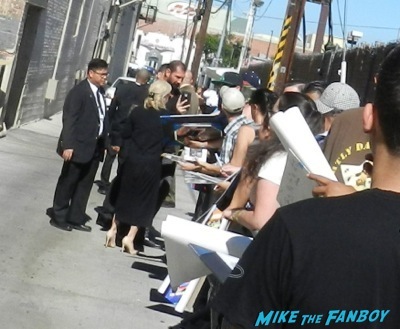 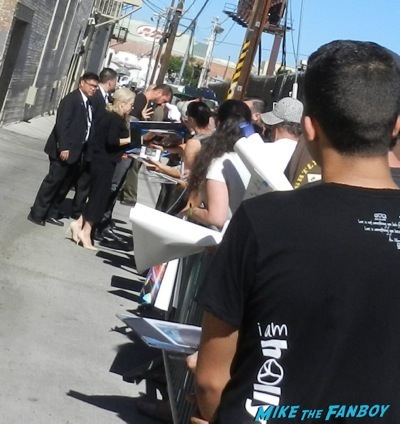 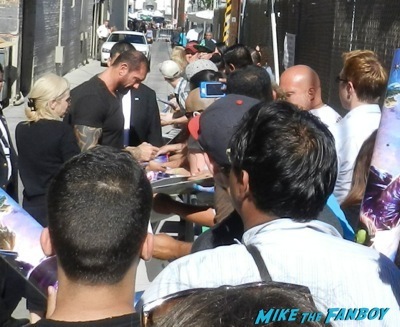 He was signing down the line again and was really cool. 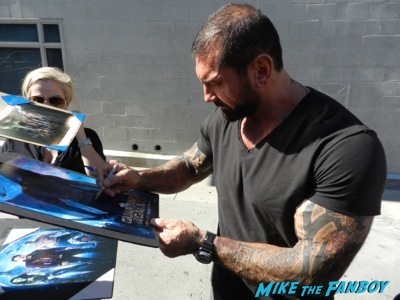 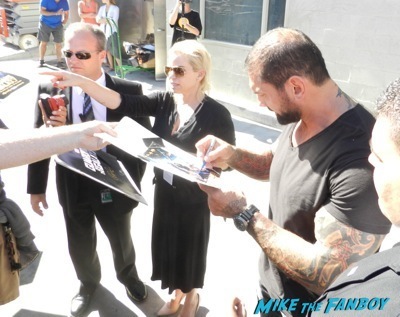 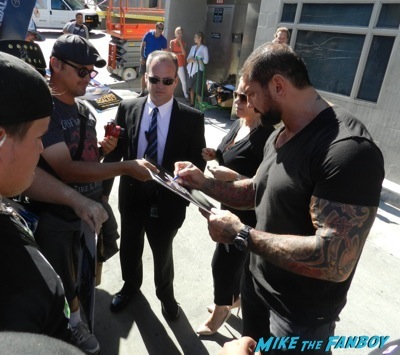 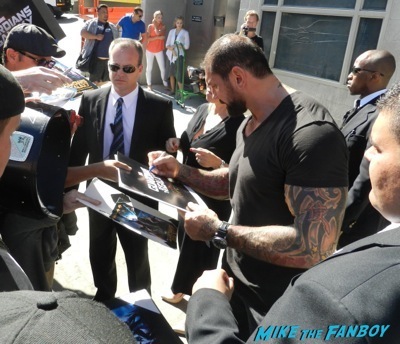 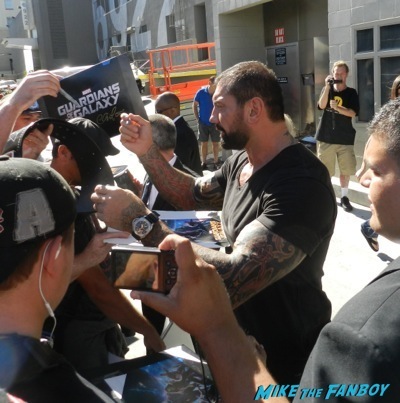 DVD Dave didn’t have anything for him, so he got my mini poster signed for me.

They tried to pull Dave Bautista, but he said no, I’m going to finish the line. That’s how cool he is. 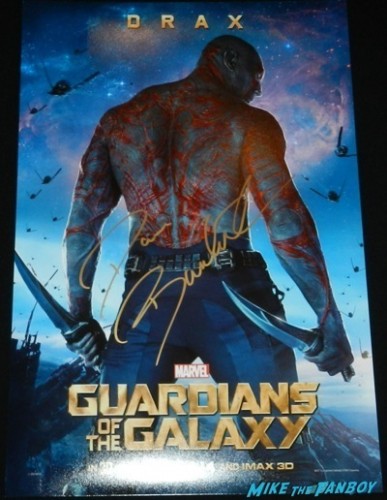 Then Zoe Saldana. She comes right over and starts to sign for the line. 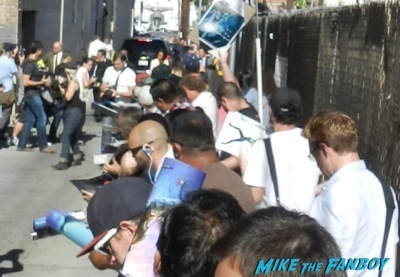 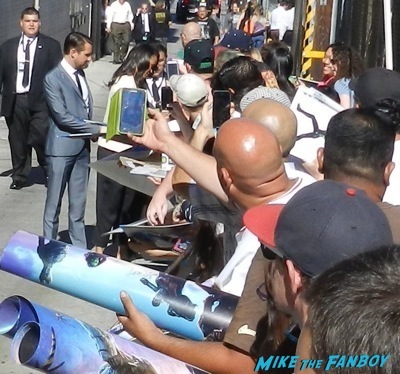 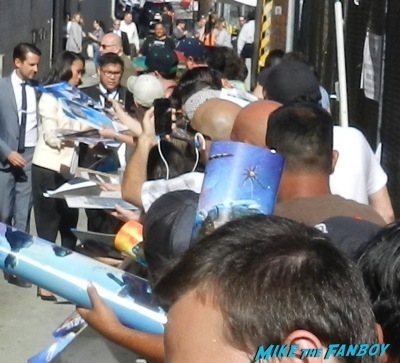 Sadly she stopped about five people away from me and went in. Doh!

Apparently Vin Diesel did come over but the moved the barricades and it was a free for all and I left.

Still, this just shows that the stars of the film are pretty cool about signing and being fan friendly. Which makes the premiere debacle even more of a kick in the butt! 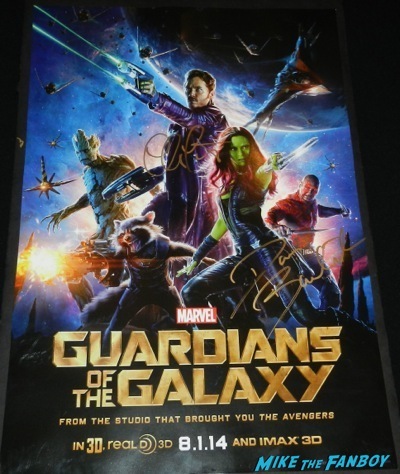