One of the craziest things I’ve ever had to do to get an autograph signing ticket was this year for The Muppets.

It was a really cool signing where the puppeteers were signing a special edition poster for the new series that was coming to ABC.

To get a ticket you had to go through the Muppets booth, that took about an hour on preview night, then you have to take a photo which was sent to you in the form of a gif. You had to take that gif and tweet it out for a CHANCE to get the signing. I think 25 people were picked each day via Twitter. 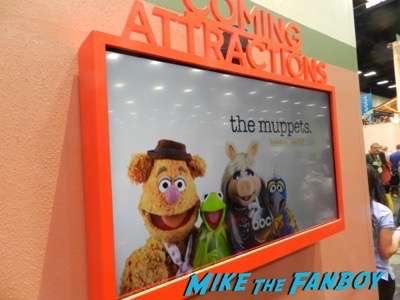 By a stroke of luck I actually got a ticket! This was my gif. 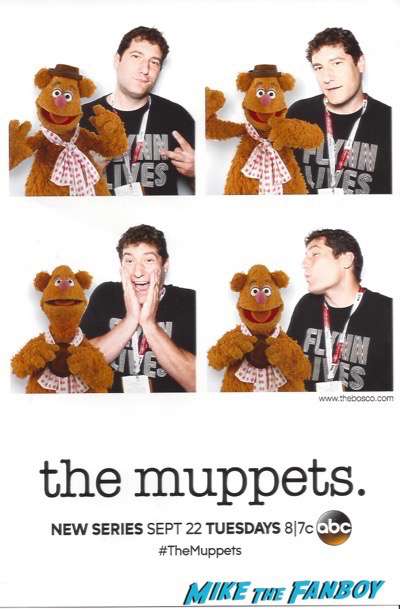 Saturday was madness, and I had like 10 minutes to run to the signing after finishing somewhere else. I got in line and it was moving rather steadily. Seriously, I could barely gather my thoughts let alone my breath. 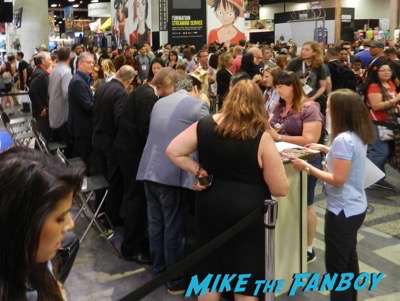 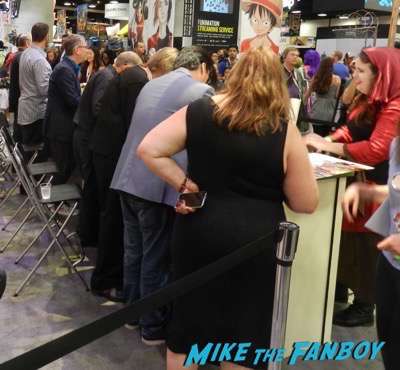 I did make it up to the line and everyone at the signing was super cool. Each of the guys was showing everyone who they played in the series, and you could clearly tell they were jazzed to be there. 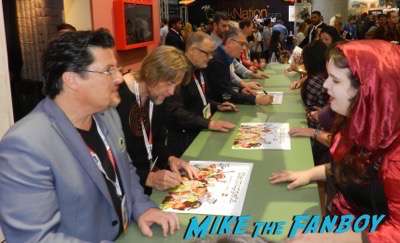 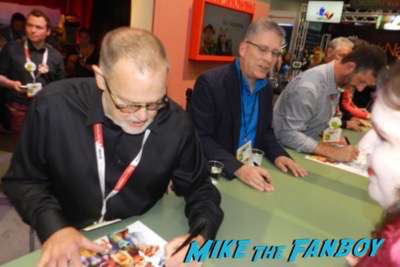 It was cool to see the people who portray all of the iconic characters from the Muppets, characters that I’ve grown up with all my life.

Plus, the poster looks amazing! 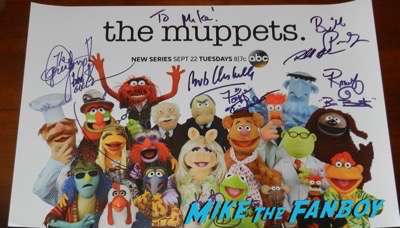