It’s Throwback Thursday, and while this might be better suited for a Halloween Throwback, there’s always room for the man behind The Nightmare Before Christmas right?

Director Tim Burton has always been a favorite of mine. He’s an amazing director and has done some of my favorite films of all time, Edward Scissorhands, Sleepy Hollow, Beetlejuice, Batman, Big Fish, etc…

I mean the man brought society Michelle Pfeiffer in black pleather! How can you not love him?

Tim was out promoting the re-release of The Nightmare Before Christmas some time ago and I was lucky enough to meet him.

After he was done taping his segment on The Tonight Show he came right over to the group of fans waiting. I brought my Edward Scissorhands original script and he was more than happy to sign it. Such a different signature than you get these days! 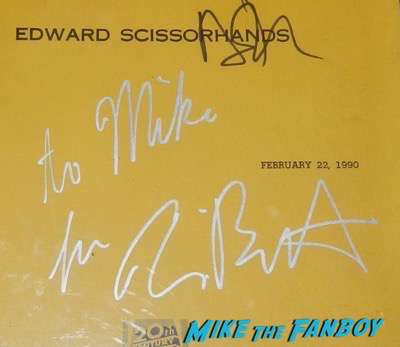 I was also lucky enough to gush a bit and get a quick photo with Tim as well. 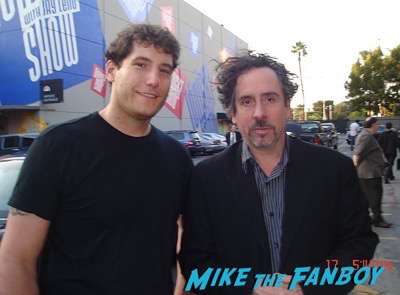 Later on I added Johnny Depp to the script at the Public Enemies premiere.

Such an awesome afternoon to say the least! 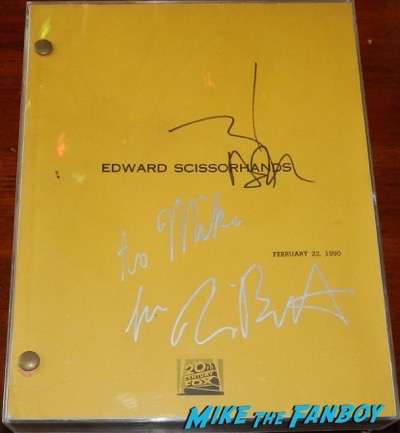