Home / Fanboying! • Q and A / Meeting Tron: Legacy’s Garrett Hedlund! He Stopped In The Rain To Hang With Fans! Autographs! And More!

Scotty sent over my picture with Garrett Hedlund and I wanted to take a second and talk about how cool he was this past weekend.

I’ve been a fan of Garrett Hedlund for a long time now, if you haven’t seen On The Road, you really need to check it out. He does such a great job, and it really shows off his playful charismatic side.

I loved Tron, I have to tell you, it was the sequel in the making for so long, but he did a great job. It’s hard to come into a world like that after so many years, but I thought he did a really excellent job.

As I mentioned earlier, no one knew that Garrett Hedlund was going to be at an event for Unbroken this past weekend, and when he did, I was like… “Shit! I have so many magazines at home for him.”

Literally, I have almost a complete Garrett Hedlund magazine collection at home, Men’s Health, Interview, Another Man, W, etc… It goes on and on and on…

When we spotted him, he was being so nice. 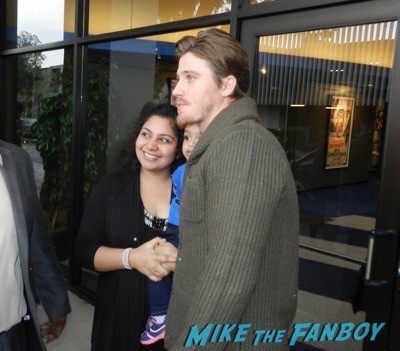 You have to picture it raining, his publicist trying to get him moving and Garrett Hedlund just hanging out with everyone. Talking about Tron and how they are working on the script to make it perfect, and taking pictures with everyone.

It was pretty awesome to see.

Plus, I was happy to finally get a good photo with him, after this disastrous Photo Flop!
Doh! 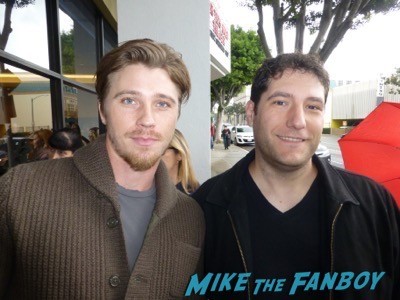