With her new movie 9/11 coming out in a couple weeks, I thought it was a perfect time to do a throwback thurs, to the time I was lucky enough to meet Whoopi Goldberg! She was so so sweet!

There are people and actors who are just synonymous with times in your life. It’s one of those things. A certain movie or song will put me right back were I was at a certain point in my life.

One of those people, is actress Whoopi Goldberg. I have loved Whoopi forever! Sister Act, Soapdish, Boys on the Side, Jumpin’ Jack Flash, etc… I remember watching her sitcom Bagdad Cafe with Jean Stapleton back in the day.

When I head that Whoopi was actually in Los Angeles I knew I had to try and meet her. I have some mini posters for Sister Act and Sister Act 2, a Jumpin’ Jack Flash original VHS mobile, and a bunch of randomness. It kills me I didn’t remember my Boys on the Side stuff… Grrr… I saw Scotty’s and I wanted to die.

We headed down to a local talk show and waited. I was hoping that Whoopi would leave before the audience since there was only five of us here, it should be easy right?

Scotty had his Color Purple laserdisc at the ready. It was so quiet… The calm before the storm. But it’s a small group and no one is bad here, so it should be fine if we can get Whoopi’s attention. 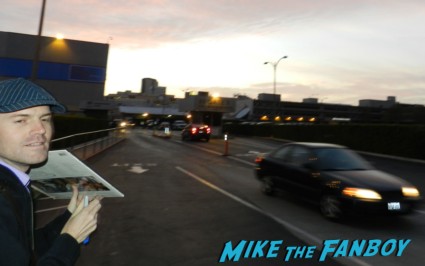 Suddenly we see a car door opening… Could that be her? Yes!

We lined up (This is how nice it can be when people line up. Just saying) and waved our posters. The car slowly creeped forward and suddenly… It stopped and Whoopi rolled down and said hi! 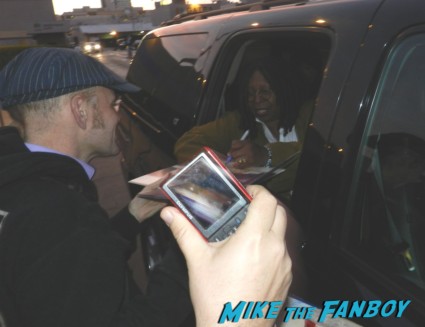 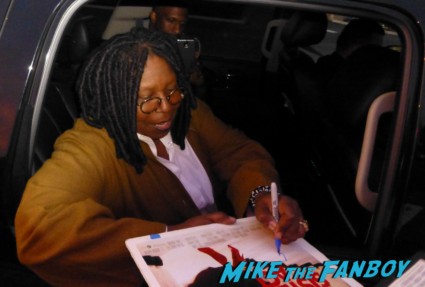 I have to tell you, I didn’t know what to expect but this was super nice. Like honestly, having a second to chat with a comedy legend like this is so rare. 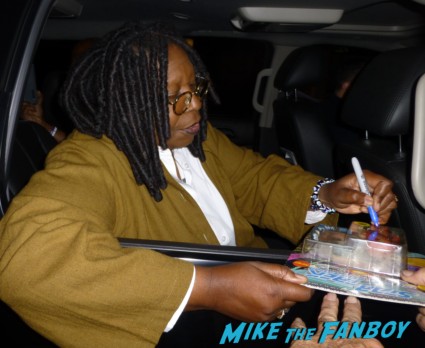 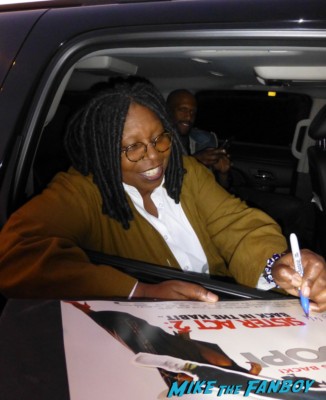 And she even made sure everyone got their stuff signed, even saying, “before we do photos, I want to make sure I sign this guys photo.” All he had was a photo of Jay Leno but Whoopi signed it anyway!

And then we all lined up and got photos! Seriously, so cool. 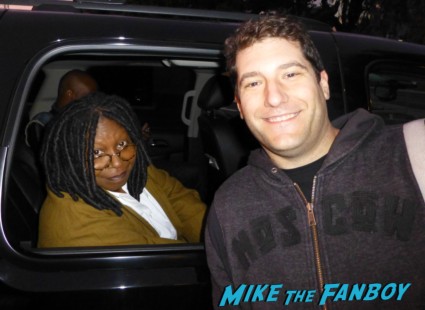 To meet a comedy icon like this, was literally one of the coolest experiences ever. I mean… Damn…

Plus, she geeked out when she was my Jumpin’ Jack Flash VHS mobile! 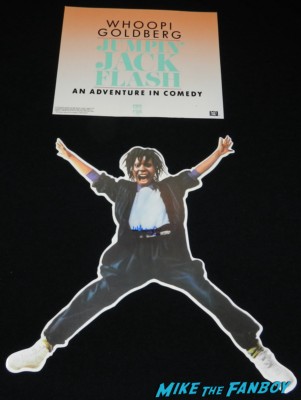 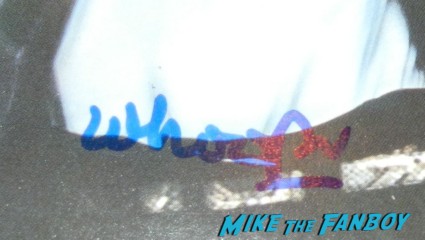 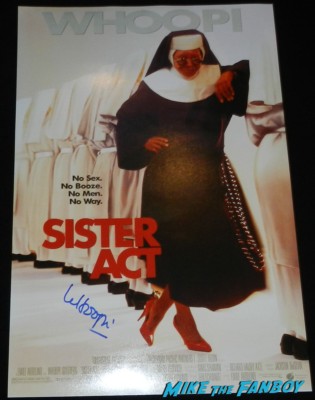 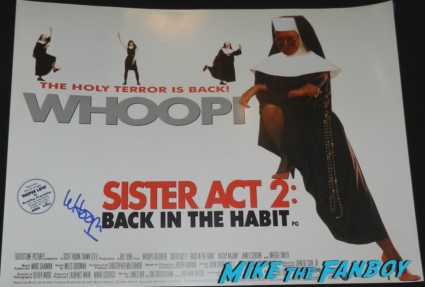