Come and knock on our door!…

Everyone knows what I’m talking about after just one sentence. The theme song from Three’s Company. The iconic staple of late 1970’s and early 1980s goodness. Starring John Ritter, Joyce DeWitt, Suzanne Somers and a host of new and recurring cast mates.

So much has been told about the contract negotiations, backstage drama and more from the series it was marred it’s legacy to some extent. There was even a TV Movie about it Behind The Camera: The Unauthorized Story of Three’s Company.

Still, I loved the show growing up and the comic timing of John Ritter is amazing!

Pinky loves the series as well and has pretty much met most of the living cast members! Check out her Three’s Company recap below!

Hello, my lovelies. Pinky Lovejoy here with a familiar song in my head, “Come and knock on our door….we’ve been waiting for you….where the kisses are hers and hers and his…Three’s Company too.” 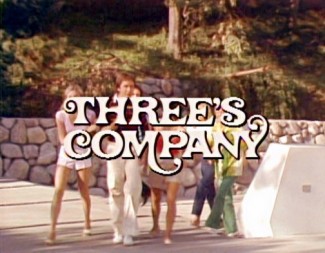 Growing up there were very few shows I loved quite as much as “Three’s Company.” I mean, with the exception of “Happy Days,” “Laverne & Shirley,” “The Love Boat,” and “The Brady Bunch,” I think “Three’s Company” was probably my favorite show. 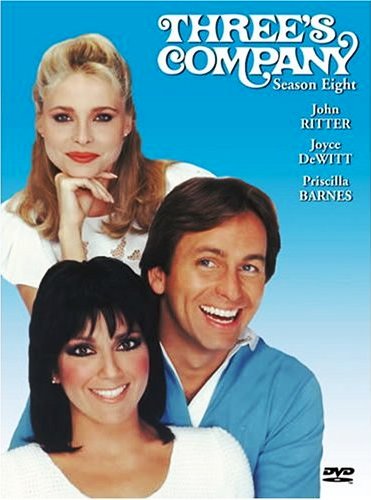 I couldn’t get enough of Jack Tripper and his antics with “the girls.” The fact that I probably missed their “adult” humor at the time makes it even more enjoyable today because it’s like seeing things for the first time. 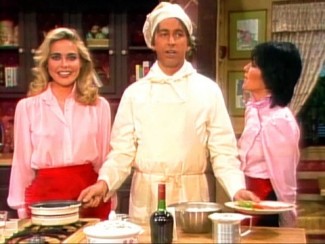 “Three’s Company” was an iconic show that premiered in the spring of 1977 and went on to break barriers at the time as the highest-rated midseason show ever broadcast on network television. It lasted eight seasons and had 172 episodes (which I’ve probably seen about a dozen times each). The legacy of the show lives on to this day as it’s been quoted on various shows throughout the years (most notably on “Family Guy,” “Friends,” “Step by Step,” “Will & Grace,” “Golden Girls,” and “Mama’s Family” just to name a few). 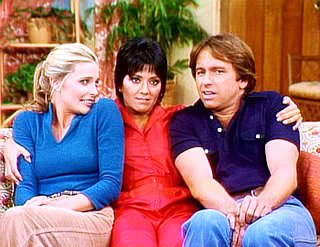 In fact, my favorite “Three’s Company” callout had to be on “Friends” when Phoebe was watching an episode and Chandler says, “I think this is the episode of ‘Three’s Company’ where there’s some sort of misunderstanding.” Phoebe then reaches for the remote and says, “Then I’ve already seen this one.” 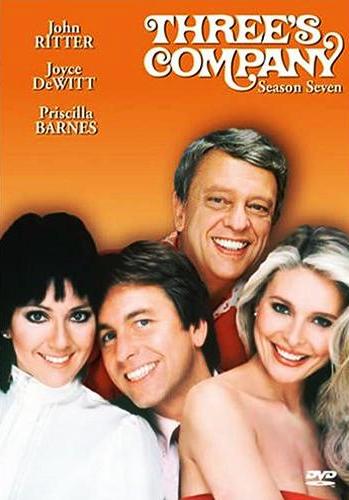 Anyone whose ever seen an episode of “Three’s Company” should be able to see why that’s funny (as every episode involves some sort of classic misunderstanding).

Because of my love for the show, I about lost my mind when I saw that Priscilla Barnes (who played the second Suzanne Somers replacement, Terri Alden, the Nurse) would be at the Chiller convention. 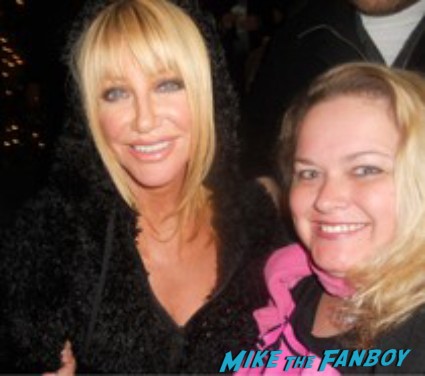 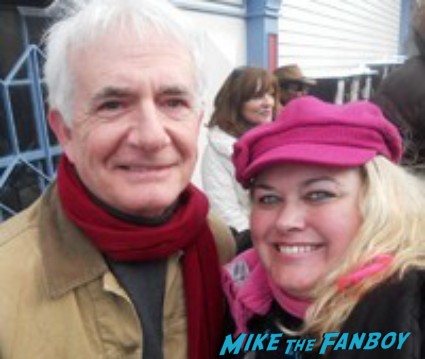 I was super excited to be able to add to my collection of “Three’s Company” cast members. Sadly, I’ll never be able to meet the late John Ritter who was a comedy genius, but I have been fortunate enough to know his lookalike son, Jason, and he’s just as amazing. 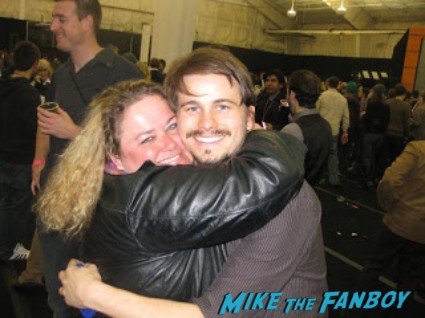 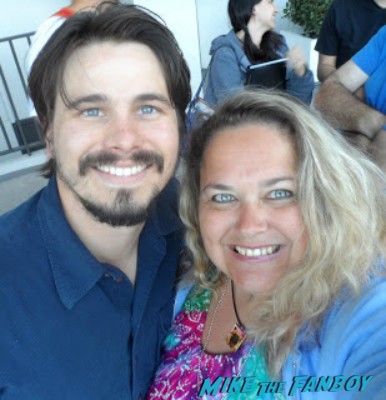 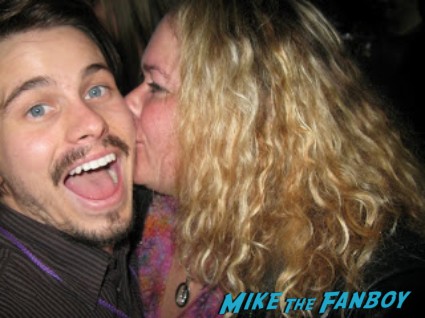 Hopefully someday I’ll be able to even meet Joyce DeWitt (but I’d probably be unable to speak).

Luckily for me, Priscilla Barnes’ table was just across the way from Keith’s, so I could keep an eye on her.

Finally when her line went down (and she had a long line all day), I was able to go and get a picture with her. The reason I wanted a little extra time with her, though, was that I was hoping she’d do the “flamingo pose” like she did in the credits of the show as I’m a HUGE flamingo lover and always thought that was so cool. 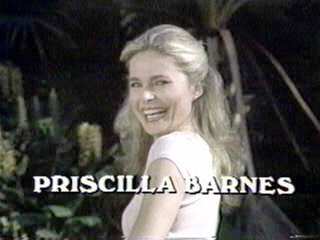 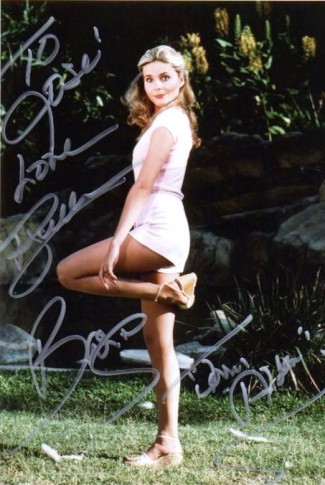 I’m happy to report that she was as sweet as pie and was more than happy to humor me with my flamingo pose request.

In fact, we took several pictures just to be sure it looked good. Hooray! So thrilled with the encounter, especially since I’m already a lifelong fan of the show. 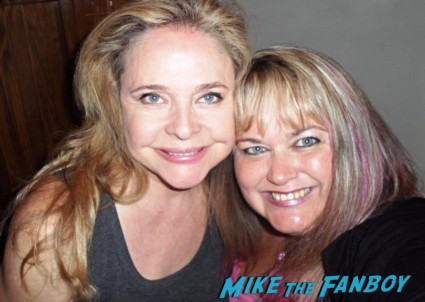 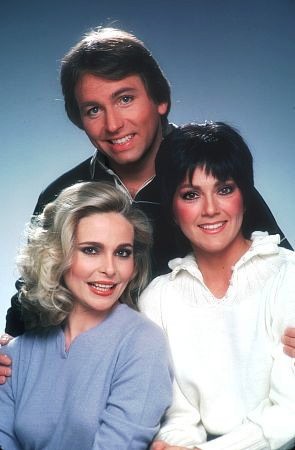