Home / Fanboying! • Q and A • Suddenly Susan / Suddenly Susan Meets Mel Brooks! Gets Rebuffed From Billy Crystal! And Has An Awesome Night At The Tribute To Sid Ceasar!

The Paley Center for Media hosts some really fun events throughout the year. Last night, Mel Brooks, Carl Reiner and Billy Crystal paid tribute to the late Sid Caesar. Only Mel and Carl were originally listed, with “additional guests” on the website, so Mr. Crystal was a nice surprise. My friend and I were seated pretty far back, as the first and second rows were taken and the next 5 rows were reserved. I knew a few of the faces as old time TV players and comedians, and for some reason, Tom Green was there. We played a fun game of eye spy before the panel began. 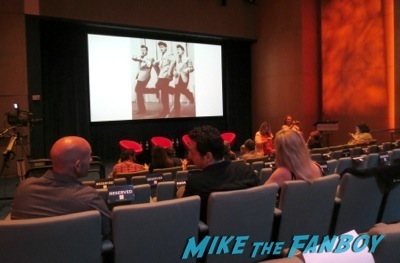 We were showed a brilliantly funny clip from “The Admiral Broadway Revue,” performed and broadcast January 26, 1949 and known as “Five Dollar Date”. Then, Mel, Carl and Billy took the stage. 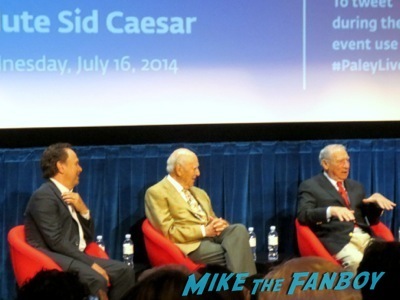 For the next two hours, we were treated to personal stories from behind the scenes and their old work place. Mr. Brooks is 88 years old and can still ad-lib off the cuff and be as funny as ever. 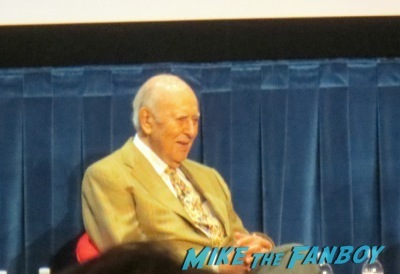 Carl Reiner is the truest straight man and equally as funny. Crystal held his own and often sat and listened, not talking for 30 minutes at a time. When it was finally his turn to speak again, he said, “it’s good to be back”. 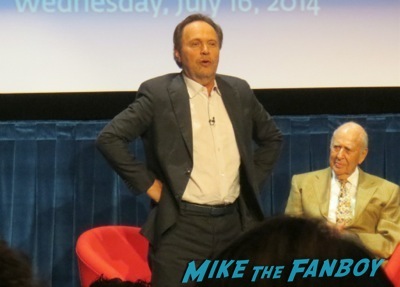 The panel ran for two hours, with no time left for audience questions. Just as well; they’re usually idiotic in nature anyway, but it would have been fun to hear retorts from Mel. 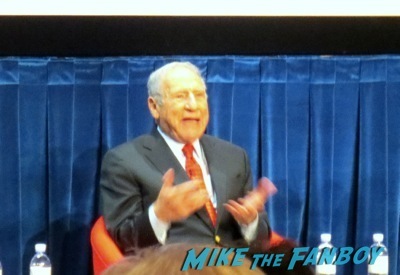 There wasn’t a mad rush to the stage, but by the time I made my way down, Carl Reiner had left the stage. Billy Crystal was signing for someone. I wish I had known he was going to be there. I have a Princess Bride poster that could use his signature. So, when he was finished signing, I asked for a photo with him. He said “oh, we’re not allowed to take photos in here”. Really? The audience has been snapping photos for the past two hours. I don’t mind that he declined. It’s just ironic that he had been so funny and quick witted just moments ago and that was the best excuse he could come conjure up. When I said, Mr. Crystal, he actually looked down at what I was carrying and seemed disappointed it wasn’t for him. I’m sure he would have happily signed for me had I asked.

There were only 5 people who had items for Mel. He started to leave, but then turned back to sign some autographs. I heard him say to the woman two down from me, “how many do you have,” as he signed at least 3 for her. Then the next person got two items signed. Then it was my turn. The person to my right, who had already gotten one, plopped an item over mine. Then it was my turn again. The person to my left plopped their item over mine. This time I made it known that was not cool. I will say, they apologized and even told Mr. Brooks that he had cut me in line. Mel went to sign my white poster with a silver pen and I audibly said, “ugh, silver” and that same person was nice enough to grab the silver back. I quickly handed Mr. Brooks a blue pen and he said, “this is the last one”. Security then took him off stage as if he were on fire. 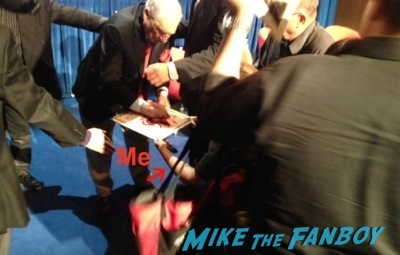 All in all, it was a fun event and I did get my poster signed, but just barely. 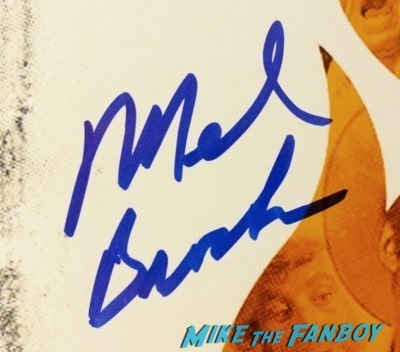 Though I appreciate the person who corrected their bad behavior, but why can’t people just be civilized from the beginning? Five people lined up, five people get an autograph. Simple; easy; classy. Mashugana! 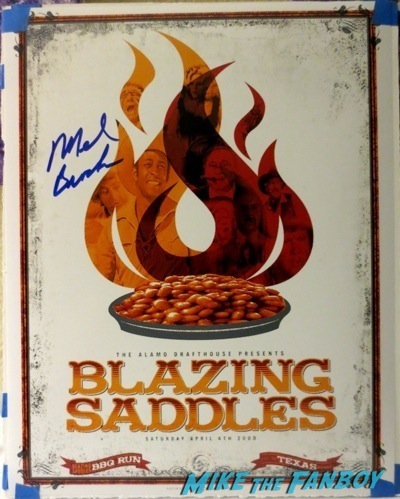