I’ll tell you, the past couple weeks have been rough on this fanboy. I’m not in the best of moods and the hobby/life in general are taking a little bit of a toll. Not that I’m always chipper mind you, except in the mornings, I love the mornings… lol…

I think I had like six fails since I’ve been back in Los Angeles and generally I’m pretty good about getting what I come out for. Hmmm… Well… I’m hoping that after today things change a bit!

One of my fails was for comedy legend Mel Brooks. A few of the MTF Family were there and one of them was Jack. I’m glad he got to meet Mel Brooks. Mel is a great guy and I just have crappy timing.

Check out Jack’s encounter for this weeks Cult Classic Corner after the jump!

The term comedy genius is thrown around too frequent, but there is one person described who doesn’t receive it enough, Mel Brooks. Just look at all his films: The Producers, Blazing Saddles, Young Frankenstein, Spaceballs, etc. Mind you those are some of the greatest comedies of all time! However, it’s one of his “lesser known” films that I wanted to talk about today, “Silent Movie.” 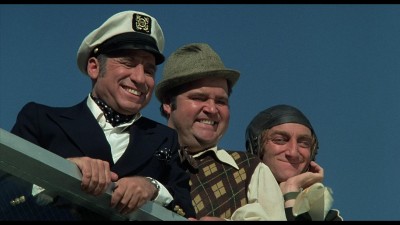 Mel Funn (Brooks in his first starring role) pitches Big Picture Studios about making the first silent movie in 40 years along with his sidekicks Dom Bell (Dom DeLuise) and Marty Eggs (Marty Feldman). Initially the studio head, Chief (Sid Caesar), is reluctant to greenlight the film in fear of losing the studio over to New York conglomerate Engulf & Devour, but agrees once Funn says he can get Hollywood’s biggest stars to do the film. 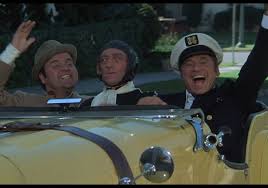 This film is a slapstick parody about silent movies and I truly don’t want to ruin any of the gags for this film. Let’s just say DeLuise, Feldman and Brooks are at their finest. Honestly, these jokes and bits still hold up after almost 40 years. 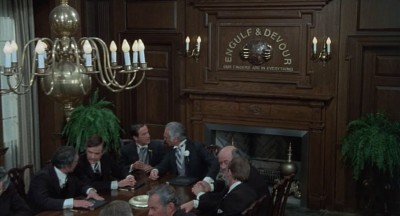 I will reveal two things: 1) The five stars they recruit for their film have a combined Academy Award record of three wins (plus an additional two honorary Academy Awards) out of 19 nominations. 2) The only audible line in the entire film is spoken by the world famous mime, Marcel Marceau. Needless to say the film relies heavily on sight and sound gags. 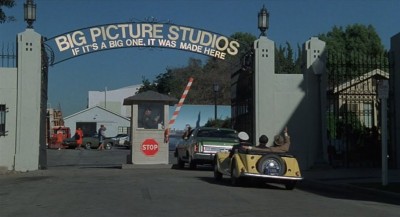 Recently, the legendary EGOT (Emmy Grammy Oscar Tony) award winner Mel Brooks was out doing a talk show taping. Originally, scheduled for Tuesday this week, he switched places with an A-lister after a cancellation. Fortunately, Mike was kind enough to give me a heads up about the switch and I changed my plans.

Exactly one week ago I decided to arrive slightly early, just in case Mel Brooks arrived early (since old people like to arrive early). Sure enough, my guess paid off. After finding a parking spot I started casually walking by when I saw security near the barricade. Could it be? No way. It wasn’t even 5:00 p.m. but there he was signing one autograph per person (something I found out after arriving).

Faster than you can say, “May the Schwartz be with you!” I got over just in time running over. There were maybe 10 people, including Billy Beer, and Mel was getting ready to leave. I explained I “literally” just got here and he graciously grabbed my pen to sign my “Silent Movie” laserdisc. When I tried to get my DVD of “The Producers” also signed, Mel informed me “Only one per person” and I thanked him. Once again, Mel Brooks was a class act. The last time I met him he signed his life away at a double feature screening in Santa Monica, but unfortunately I didn’t bring anything because of striking out five times in a row (at that theater). Still, I’m glad to say I walked away with one and finally have a Mel Brooks autograph.

MTF reader Steve arrived five minutes later after Mel left and we decided to hangout for his departure just in case he greeted fans leaving. Everyone else left. Eventually around 7:15, Mel takes off, but doesn’t come over since there were more paps than collectors (7:3 ratio). He didn’t sign on the way out, but I had “good timing” that day. Sadly, one MTF family member got stuck in traffic and saw Mel take off 🙁

(Editor’s Note: Don’t talk about me like I’m not here! Sorry Steel Magnolias quote, had to be done! M-) 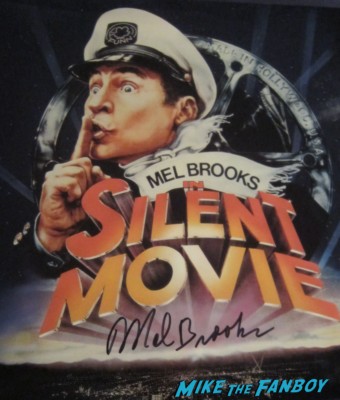