With all the madness of San Diego Comic Con, it’s easy to forget there are other cons around. One such place is Melbourne Oz Comic Con! Anna headed down and had an amazing time!

There was a tremendous line up of guests including Jason Dohring, Robert Englund, Shawn Ashmore, Jennifer Morrison and more!

Check out Anna’s awesome recap below!

A couple of weekends ago, I flew interstate to attend Melbourne Oz Comic Con. I was very excited as they had a good line up of guests this year and also my husband had gifted me with a Platinum ticket, which included a meet and greet cocktail event on the Friday night.  To name a few, some of the guests they had were Jennifer Morrison, Jason Dohring, Robert Englund, Yvette Nicole Brown, Aaron & Shawn Ashmore, Daniel Cudmore and Sam Huntington.

I’ve never attended a meet and greet event before, so I was a bit nervous. It was a shame you weren’t allowed to take photos L My nerves went away after meeting some of the guests who were lovely!

The first guest I met was Robert Englund who came over and introduced himself. I didn’t get to talk to him but he seemed quite nice. In the corner of my eye, I noticed that Jennifer Morrison had arrived who looked stunning in her white gown. After awhile, I went over to speak to her. She was super friendly and very easy to chat to. I mentioned that I had really enjoyed Urban Legends and she really appreciated it.

I also got to chat to voice actor named Dante Basco who had introduced himself to me. I had no idea who he was but he was quite friendly. After awhile, I decided to find Jason Dohring who I was keen to meet as I am a Veronica Mars fan! After circling the room twice, he was still surrounded by a group of people, so I decided to wait nearby. After finding out the people around him were just girls who worked for Oz Comic Con they encouraged me to speak to him and kind of pushed me towards him haha. For the next 20 minutes I had an awesome time hanging out with Jason talking about the show, his trip and a bunch of random stuff. He was super friendly and easy-going.

The event started winding down, so I decided to head home. The next day I arrived at the convention early to get my autograph/photo tokens. The first person I saw was Jennifer Morrison for our photo session. She looked lovely in yet another white dress. When it was my turn, she had remembered me from the previous night and told me it was good to see me again!

My next photo session wasn’t for a while so I decided to get some autographs. The first person I went to see was Shawn Ashmore. He was quite nice and was amazed to see my x-men box set as he had never seen it before. He even asked if I wanted him to add “Ice-man” to his signature. 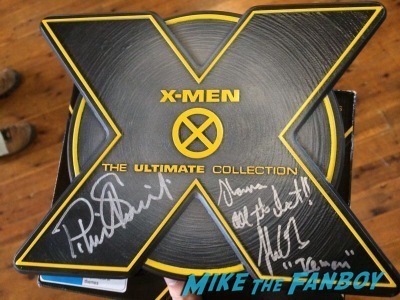 The next person was Jason Dohring, who lit up when he saw me. He said Hi! And greeted me with a high-five. We had a quick chat about what he did for the rest of the night and he noticed that I had already gotten Kristen Bell (or Bell as he refers her as) to sign my Veronica Mars Season 3 booklet. 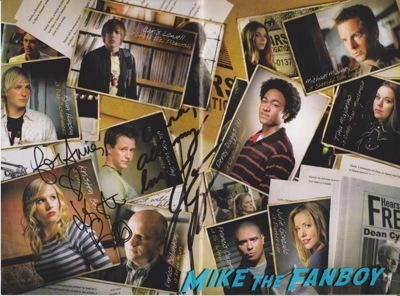 After getting Jason’s autograph, I decided to head over to his q&a. His q&a was quite funny and entertaining with stories about Ryan Hansen. 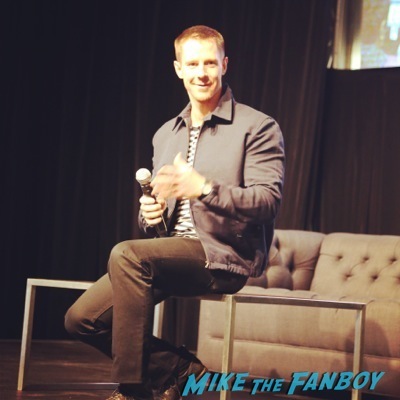 Jennifer Morrison was now at the signing table, so I decided to go get her autograph. She had the longest line! The general admission ticket holders waiting for her were 5 rows deep about 200m long! Fortunately the platinum pass gave me priority queuing. I didn’t get to talk to her much as she was trying to sign quickly. 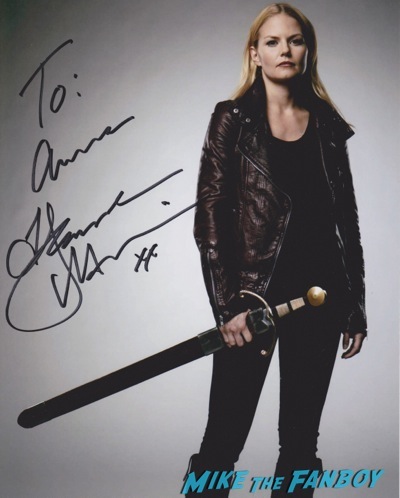 Next was Jason Dohring’s photo session. I had purchased two photo tokens and asked Jason if we could do one silly face, which ended up quite funny. 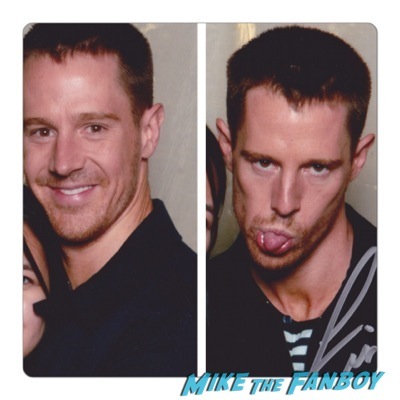 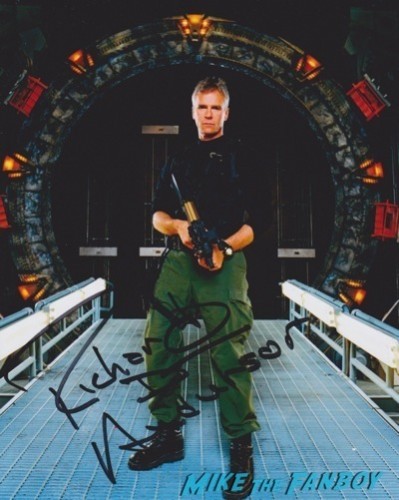 After getting his autograph, I headed back to the studio for some more photos. I had a token for a photo with the Ashmore twins and the Veronica Mars Group photo. I could not tell Shawn and Aaron apart from their faces. They were also colour coordinated! I could tell the difference only through their outfits. Sam Huntington was also part of the Veronica Mars Group photo – he was very friendly. 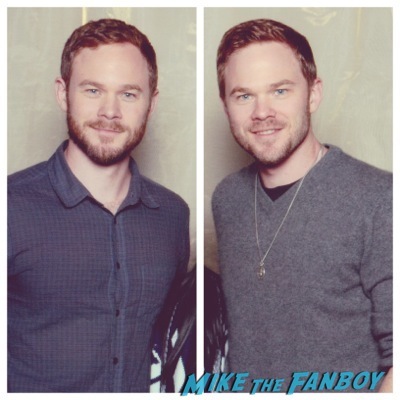 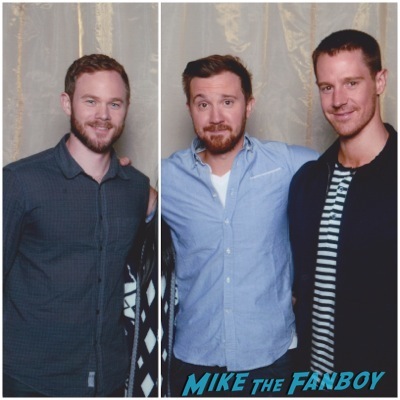 While I waiting to collect my photos, I spotted Yvette Nicole Brown walking past. 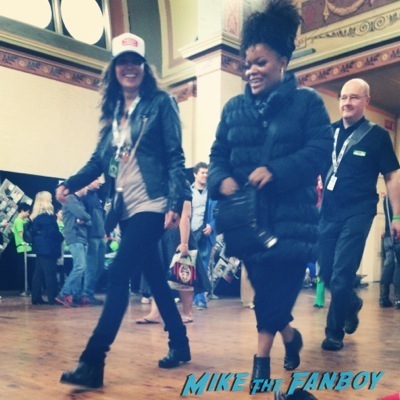 Hope you enjoyed my photos J Looking forward to the next convention down under!