The Scarlet Starlet! I’m always so so happy when I get a report from her… All the way across the pond! Yay! Scarlet headed out to the UK premiere of Men in Black III, Here come the Men in Black… The men in blackkkkkkkkk… Again, singing does not translate in a word doc… It just doesn’t! LOL…

Scarlet loves her some Will Smith! And as a funny side note, I’ve never met Will either! Doh! Eventually right? Anyway, I always think it’s interesting the differences in UK and US premieres. And honestly, they are really different!

Check out Scarlet’s report after the jump!

This was always going to be a big premiere. Huge. Lots of people keen to meet the fab Will Smith, and I’m out on the London streets with the best of them!

Learning my lessons from The Avengers Assembled premiere, I’ve got the whole day off and get myself up to Leicester Square at an unearthly hour in the morning (well, it’s about 10am, but there’s travel time as well, so it feels pretty unearthly!). I find the queue near the Odeon theatre, and am surprised to see its only about 15 people long! I’m about to join it, when I realize Security is keeping a set of steps clear, and it’s actually about 40 people long and continues after the steps end! I slope off to the end, looking like I knew that really, and settle in to wait. 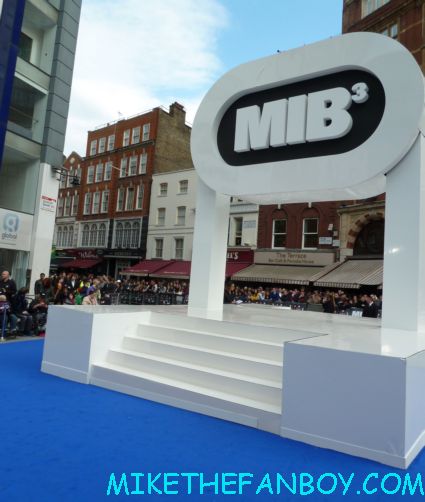 The weather is good; it’s quite sunny, but windy, so we’re huddling in coats and following the patches of sun as they move across the ground to try and keep warm. It’s a long wait, but again I’m lucky in standing with some nice friendly people, so it makes the day go quicker!

Security seem to let us into the fan pens quite early; I think it’s about 2pm-ish (memory failing in my old age), and as we’re filing in we’re given the choice of barriers by stage or drop-off. Eeek!!! In our moment of hesitation we’re motioned towards the last few spaces in the stage barriers so we hustle over there.

When guests arrive at the drop-off, they are greeted by fans at those barriers, before climbing the steps to a mini-stage, then descending the other side to walk the carpet up to the cinema entrance. We’re right by the foot of the steps where they come down…

Crew are still constructing things and laying carpet… I have a new awe for the carpet layers in fitting their wares expertly to oddly shaped sections of street; and am totally amazed by the amount of spray carpet glue they get through! 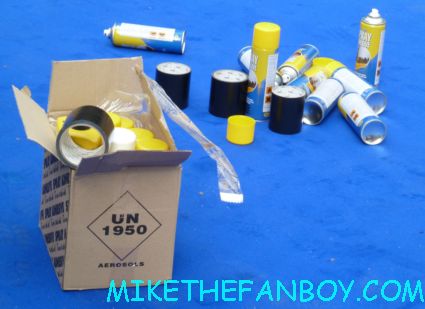 The anticipation is rising by about 5pm, and a DJ is out on the carpet, trying to get the crowd chanting and joining in rap games to win baseball caps. Unfortunately we can’t even see him from where we are. He also announces some MIB dancers who take to the blue carpet and perform to the main song on the soundtrack. 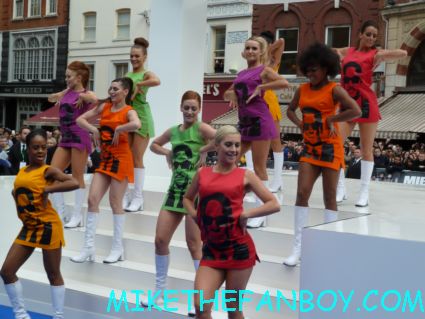 Woop woop! The arrivals are starting!!! First man to arrive is the director, Barry Sonnenfeld. 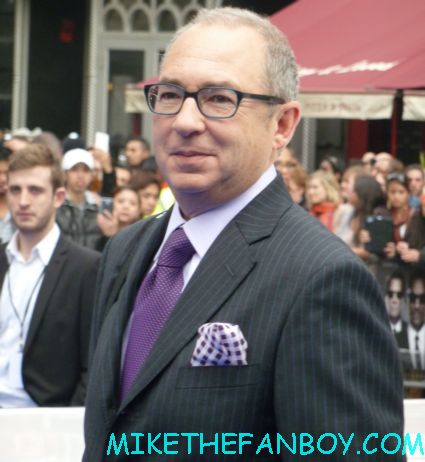 Unfortunately my foghorn-like voice does not inspire him to come to our section, and he moves on up the carpet. 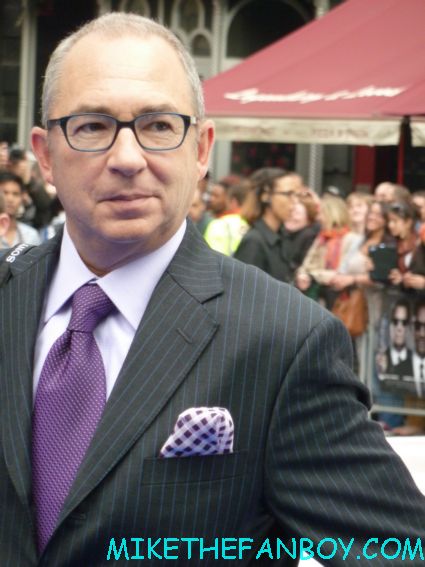 We are in an EXCELLENT spot for photographs though… 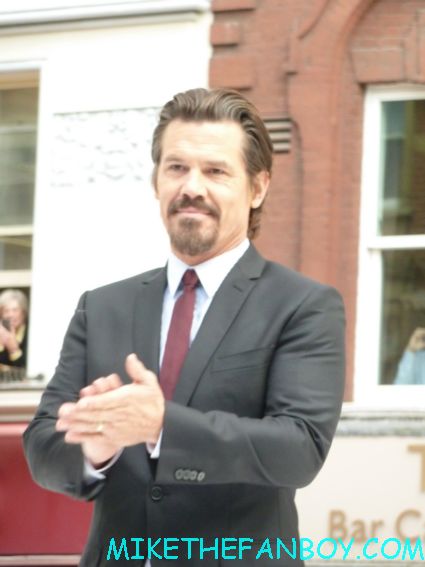 O my life – I’m so keen to meet him; I’d love an autograph on my Goonies DVD cover, but he passes our section as well, although he motions that he’ll come back – I think he might be doing interviews first. 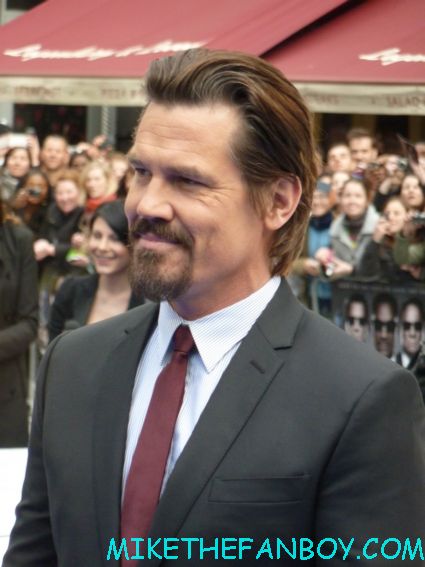 (Still, got amazing piccies for my next opportunity!)

Next is Alice Eve, but I lose her as she comes down the steps because someone else has caught my eye at the top (sorry Alice!). 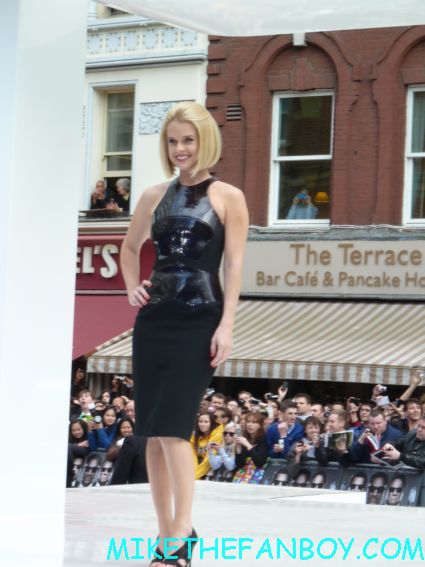 It’s only LEWIS HAMILTON!!!! O my life! I am a newly converted Formula 1 fan, and legendary racing driver Lewis Hamilton is mere metres away from me, accompanying Nicole Scherzinger (who looks amazing). 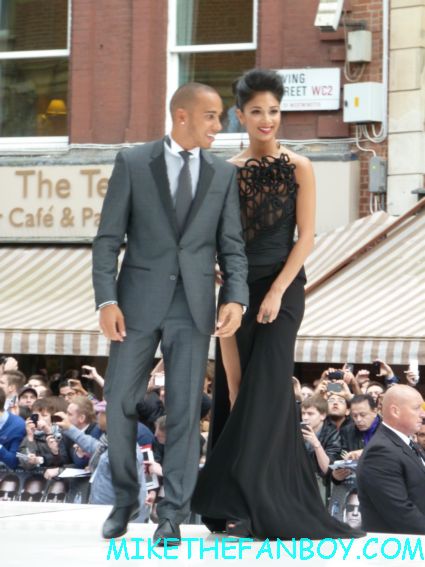 I think I may have actually screamed his name… He signs a couple of autographs, but its not really ‘his’ event, so poses with Nicole for photographs then moves on up the carpet. 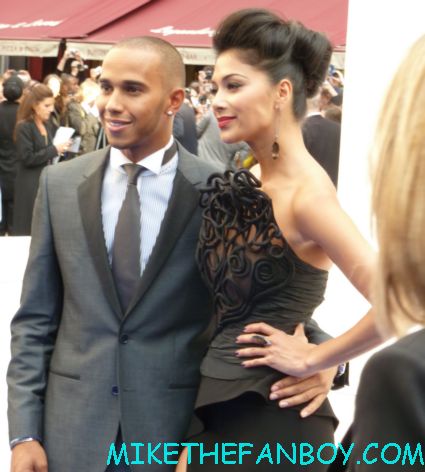 Will Smith is in da haaaaaaaaaus!!!!! He is signing up a storm at the barriers by the drop-off! 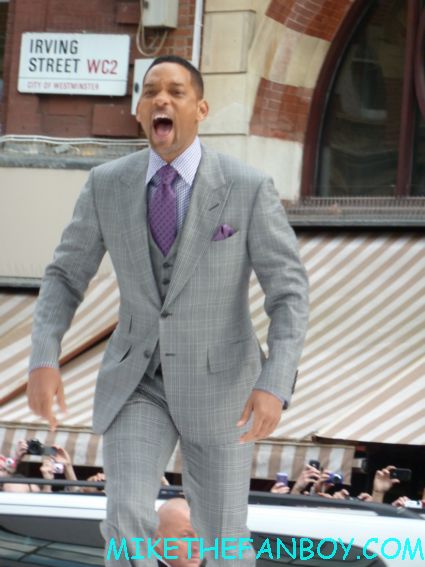 He comes up the steps and shouts “What?” to all of us calling his name; he is so much fun! He looks like he’s having an absolute whale of a time – it’s so awesome to see! (and he looked right at me for one of my photos!) 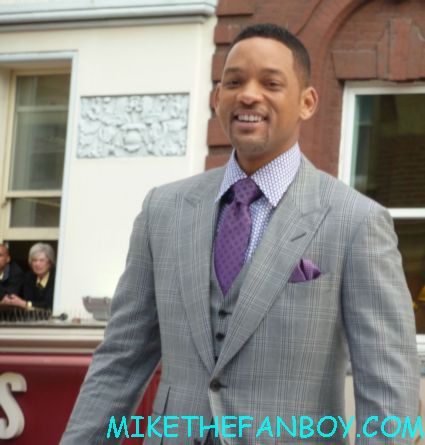 Amazing man that he is, he is taken further up the carpet for interviews, but then comes back to sign for us! 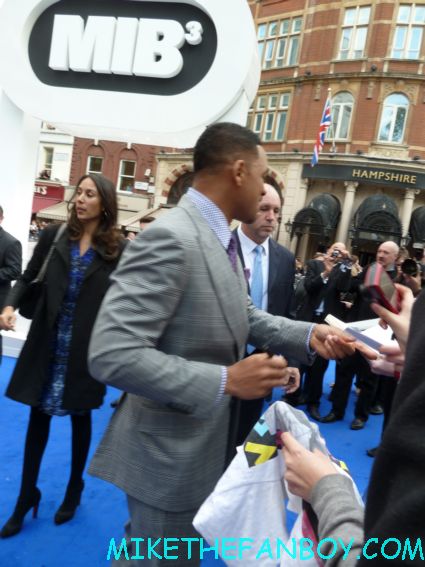 Yeeeesssss!!!! Thank you, sir! And, to add to his epic amazingness, not only does he do photos with my friends, but after signing my Bad Boys DVD cover (epic!) instead of asking for a photo I say “Would you mind signing a second one for me please? It’s for my little brother. Would that be okay?”, and awesomely, he obliges! The man is a legend! My brother is going to be so chuffed!! 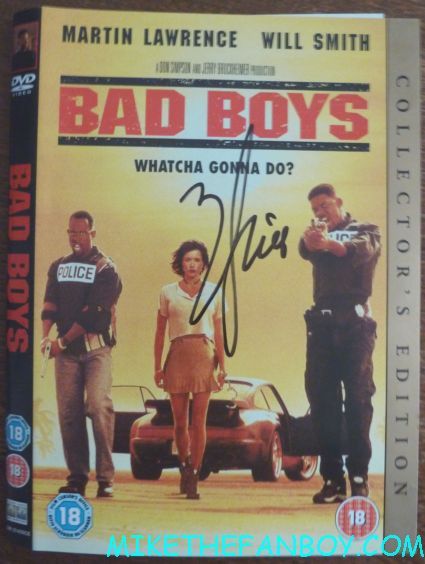 All of a sudden, the lovely Nicole Scherzinger rounds the corner and is working her way down the barriers, signing for fans. She is brilliant, and trying to sign for everyone. 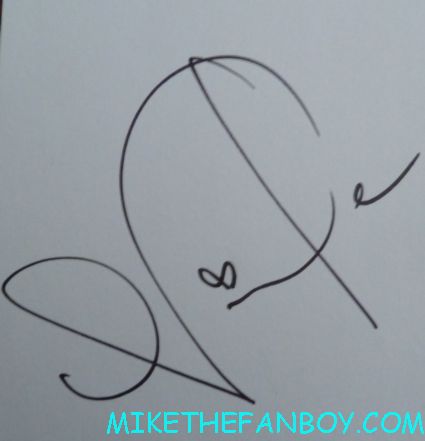 Emma Thompson is on the carpet in front of us, and there are people with tickets who are heading for random sections of the barrier and signing for people – in honesty, some of them I don’t know, but this is a totally busy event! 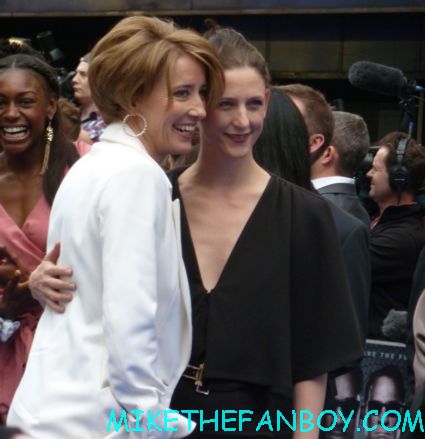 It looks like things are about wrapping up, but something is happening at the drop-off… I don’t know what it is, but we can hear the screams coming from around the corner. It’s Jay-Z! Wow! 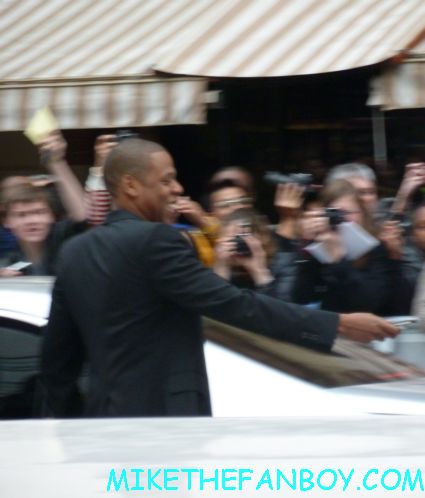 He signs for one section then heads on in. All of a sudden we spot Michelle Rodriguez quickly walking past on the carpet; she smiles but isn’t stopping. Everyone is out for this event!

The main cast are on the Odeon balcony, and the dancers come back out and perform for us. The guests are totally getting into it; I’m pretty sure I can see Will Smith and Emma Thompson bopping along to the music. Damn, this place feels so happy! I love it! 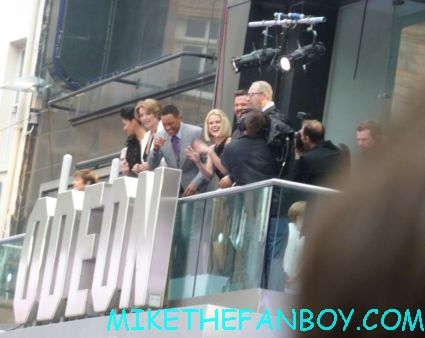 So with a warm glow, as everyone heads off the balcony and inside, I’m heading off! See ya later peeps! :0) 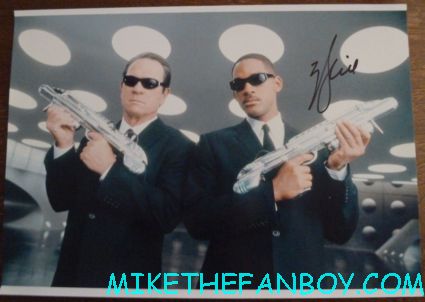