Last night I headed to a rare q and a for the new Netflix film, The Meyerowitz Stories (New and Selected).

The q and a included the stars (sans Emma Thompson and Ben Stiller) as well as Baumbach.

The film was a very unique character study and has an amazing cast.

“Noah and I met and he came over 2-3 times a week for what seemed like months.” Laughed Dustin Hoffman, “We talked about our fathers and the more we talked the more we realized we came from the same background.” 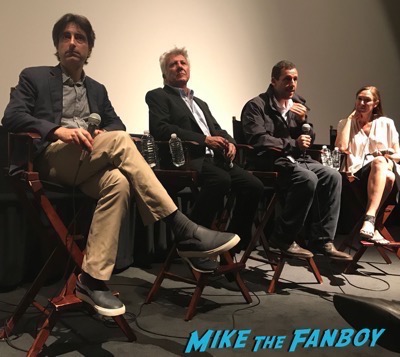 “There was something familiar between Dustin and I. We had a lot of history already by the time we started shooting, so when we would fight on set it was familiar” added Noah with a laugh.

“I like rehearsing the most and with Noah, you’re doing these takes over and over again, he knows how he’s going to shoot and he knows he needs extra time. Here he knew he could devote an excessive amount of time to these set ups.” Said Dustin Hoffman, “It’s not often you get to work with a director who is as smart as Noah. It’s a gift.” 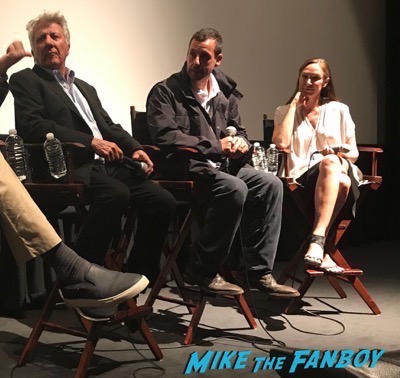 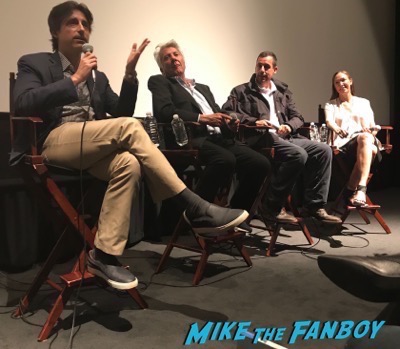 The film was the director’s vision, which the cast agreed on.

“It was Noah’s vision for the film all the way. His words, his performances that he had in his head.” Said Adam Sandler, “He has the confidence and it was amazing, the time we had together. The whole process. It was so deep in.”

“Every film almost never gets off the ground.” Dustin Hoffman jumped in.

“I love these guys now, we’re all tight and it’s a great thing to have at the end of a move.” Adam stated, “I saw the movie three times already and the second and third time I just loved seeing everyone in it. Everyone can be thankful for what their role was and what they got to do as actors.” 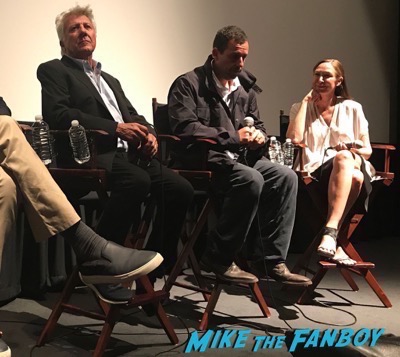 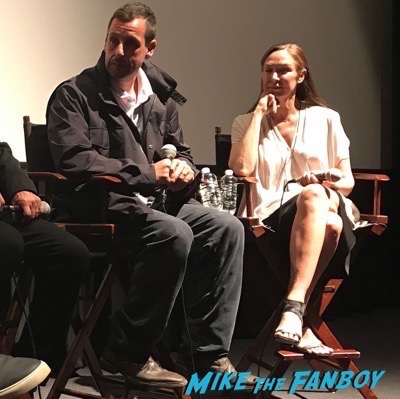 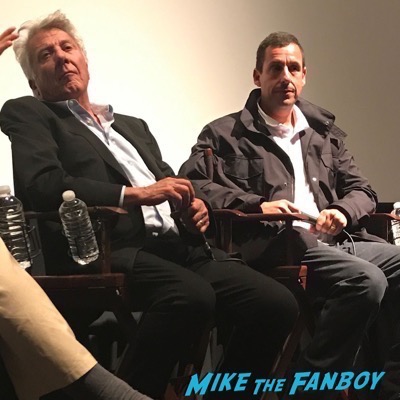 After the panel, security was tight, like really tight.

Dustin Hoffman did stay and he did a couple photos and I was able to get my Midnight Cowboy and The Graduate posters signed.

My friend Mike was soooooooo  nice and got my Tootsie poster done for me, which was super sweet of him.

Adam left fairly quickly so we didn’t get him inside.

The cast got together after for a drink after and Lisa and I waited around a bit.

It was getting late and we decided to leave. As we were getting our parking validated and saying goodbye, we turned and the elevator opened and there was Adam Sandler.

He was very nice and stopped, signing everything we had. Talk about random and being in the right place at the right time!

It was a fun evening and I’m sure there will be more to come as FYC season heats up! 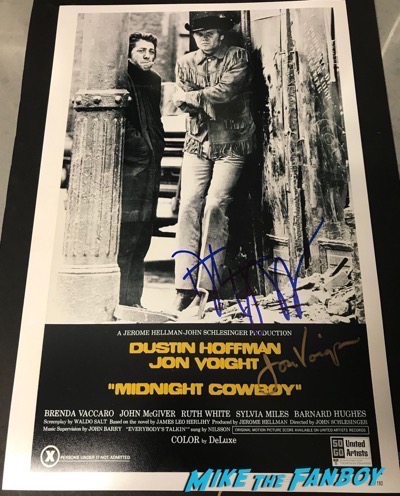 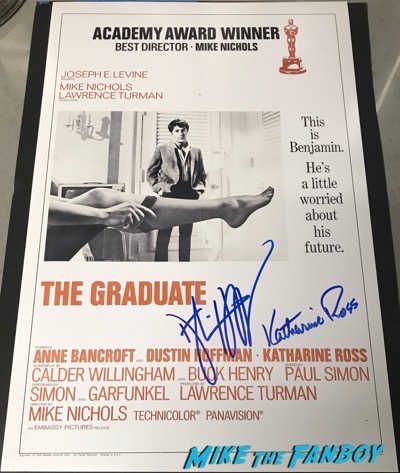 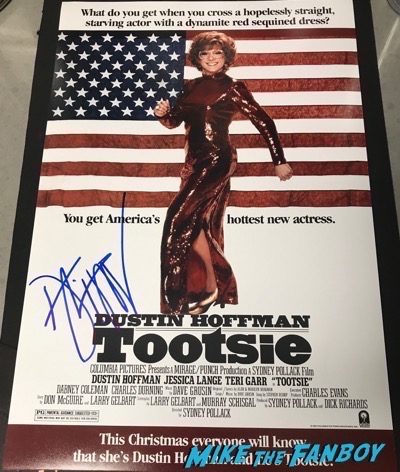 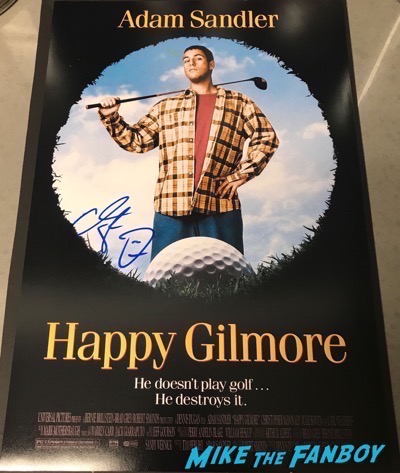 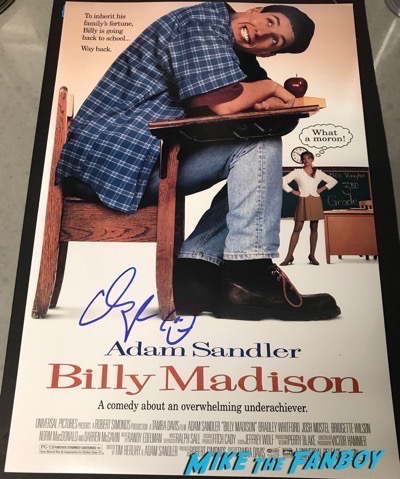 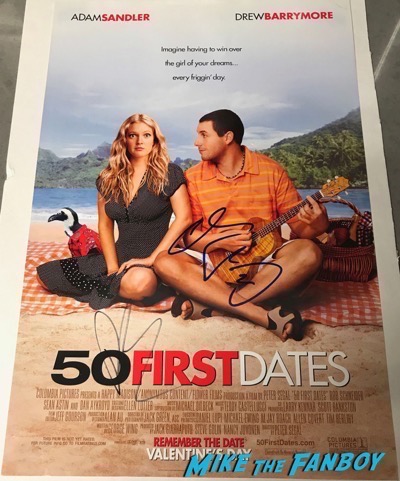