Oh my gosh,
I was talking with Erica today and we were both saying how San Diego Comic Con is so close to being here. I’m shocked actually.

One of the things that everyone loves is the exclusives. Comic Con has some amazing exclusives.
Mezco has some awesome exclusives. Last year they had some great Breaking Bad figures and this year it looks like they’re not going to disappoint. 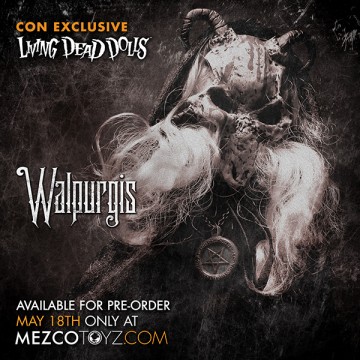 Upon Mount Brocken, the Harz highest peak, Witches, demons and the dead gather to meet. They come to dance and celebrate in haunted disarray, and our sweet little Walpurgis leads the way. 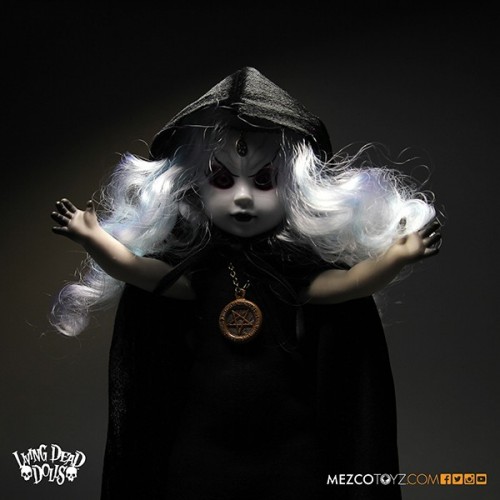 For the first time ever in the US, Mezco presents Walpurgis. Previously available only as an exclusive in Germany, she has been reimagined and now rises from her grave as a limited edition exclusive.

Standing 10 inches tall and featuring 5 points or articulation, real cloth clothing, and a removable mask, Walpurgis is a must have for collectors.
She comes entombed in her own coffin and is complete with death certificate. 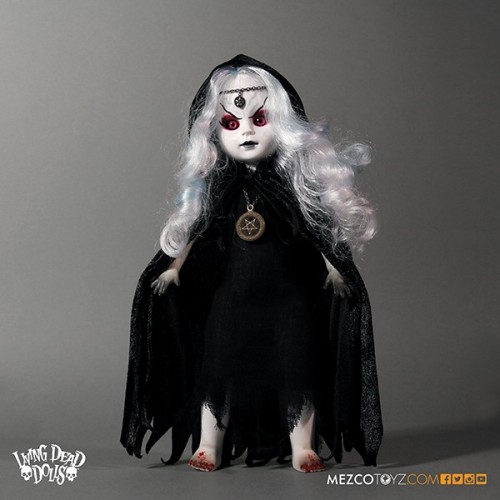 Next up is a really cool exclusive! 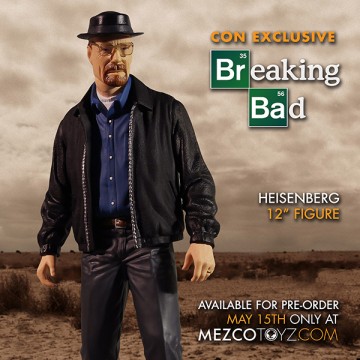 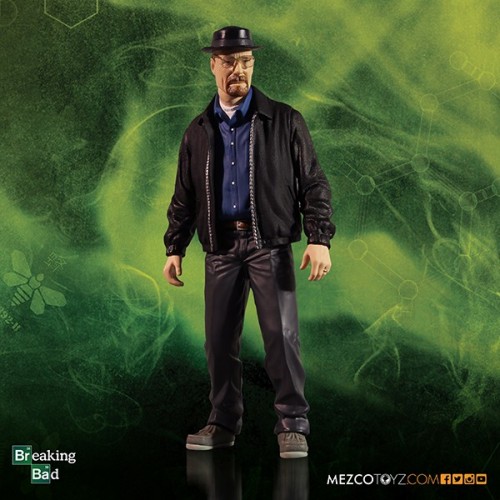 Standing an imposing 12 inches tall, he comes complete with removable hat, removable glasses and removable sunglasses. This variant version features a blue shirt and black jacket not available anywhere else! Relive the tense, edge of your seat excitement as Mezco’s Breaking Bad action figure stares at you from inside his collector friendly package; he dares you to make your move. 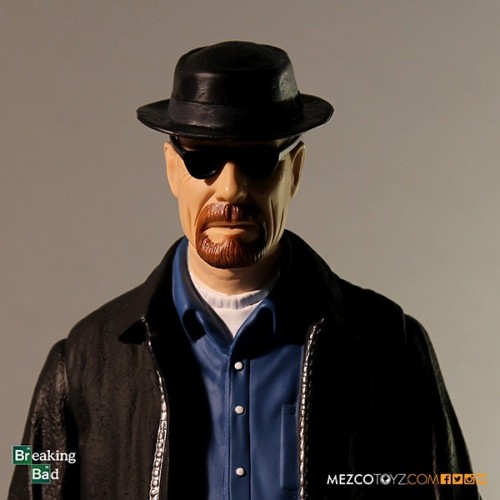 This assassin is the steeliest of all Mortal Kombat characters, and now Mezco pays tribute to one of his most fiendish moves; the Ice Clone. 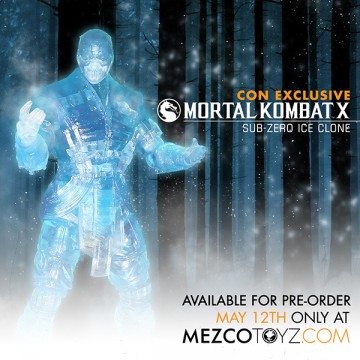 To ensure a game accurate likeness, correct to the finest detail, Mezco’s award-winning design team has digitally sculpted the figure using the digital files from the game developers themselves. This special limited edition version is cast in a unique translucent blue that replicates the ice blue effect seen in the game. 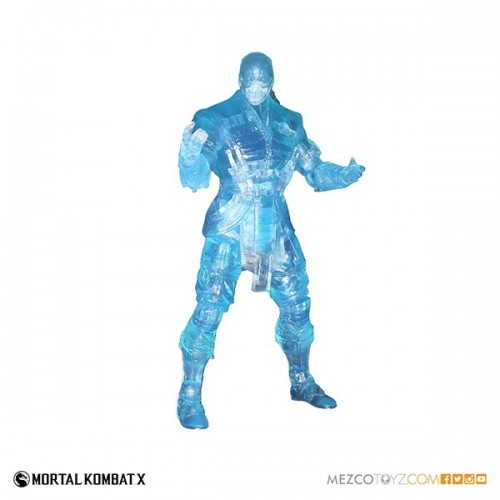 Sub-Zero’s ice clone comes with his game accurate ice ball and ice daggers, as well as a set of alternate hands. All the accessories in the limited edition version are cast in matching translucent ice blue color.
This 6inch scale version features 23 points of articulation, many with ball joints, allowing him to recreate all the moves and poses that have made him part of gaming legend. 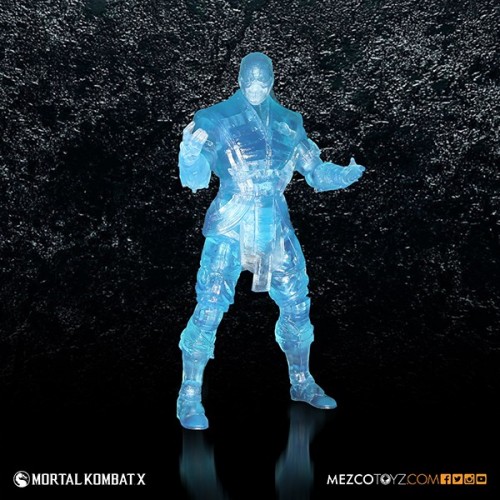 And Finally… We have a cool Better Call Saul Figure! 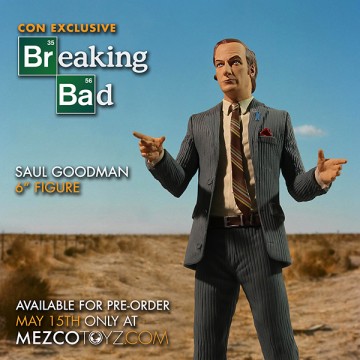 In Breaking Bad, Walter and Jesse narrowly made it through their troubles with his legal counsel and now this 6” figure can stand as a reminder that when you’re in a bind, “Better call Saul!” 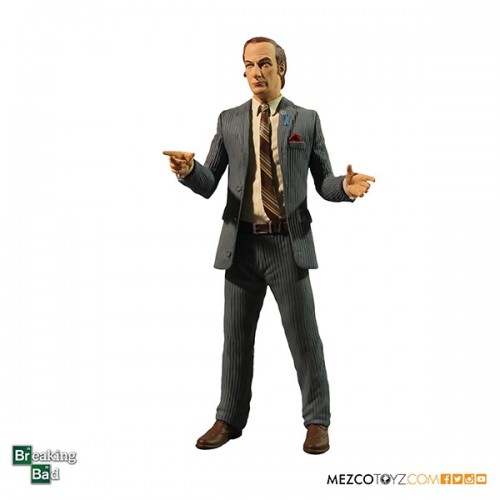 He comes in a deluxe window box designed to replicate his constitution themed office so often seen on the show.
With its unique mural and Corinthian columns, Saul’s office is one of the most recognizable and well-known settings in Breaking Bad.
The box comes with a themed slipcase exclusive to this edition. 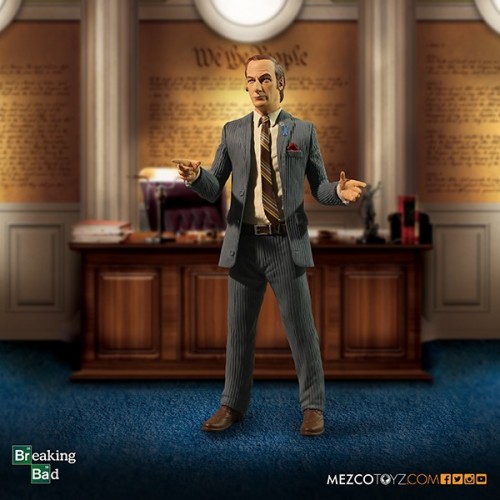