Home / Fanboying! / It’s A Black Panther Kind Of Day, After I Meet Michael B. Jordan! Autographs! Awesomeness! And More!

Recently I tried to meet Michael B. Jordan and got hit with a fail. He was great in Black Panther, so I figured I would run down to Hollywood where Michael was doing a talk show appearance.

I also had some returns to make at American Eagle, so two birds right?

There were a few people in line, like 30 people or more, so I guess more than a few. Without Scotty here I put my headset on and tried to avoid the half insane partially homeless crackheads that were in line talking to either themselves or the random strange 4 inch men they probably see. You don’t look these people in the eyes… you look them in the eyes and then you die. It’s like the ring, look them in the eyes and the will talk to you non stop for hours without you saying a word.

Remember that shit and when you’re in line with the crackheads, you can navigate those waters.

I did bullshit with Ryan for a bit and text Scotty about how I want to rethink all my life choices by being in this line. But I digress.

For the most part, I’m being melodramatic, it actually wasn’t a bad wait, and fairly quickly Michael B. Jordan arrived. 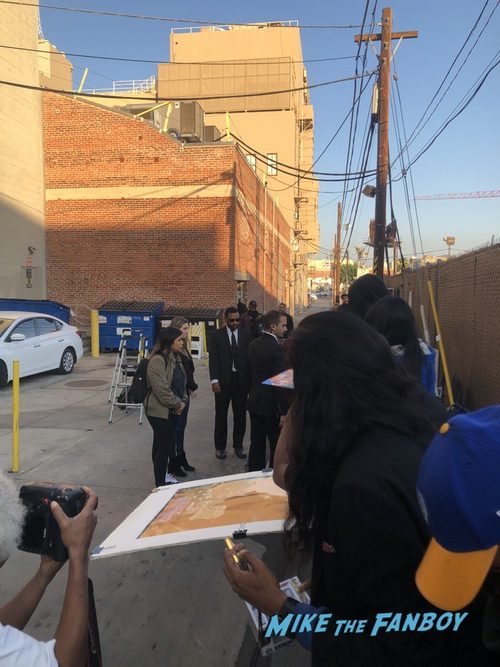 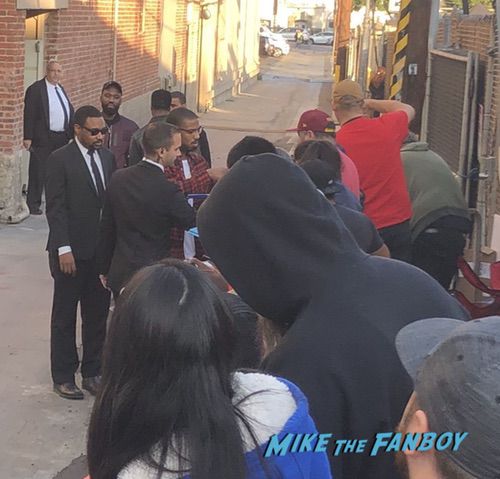 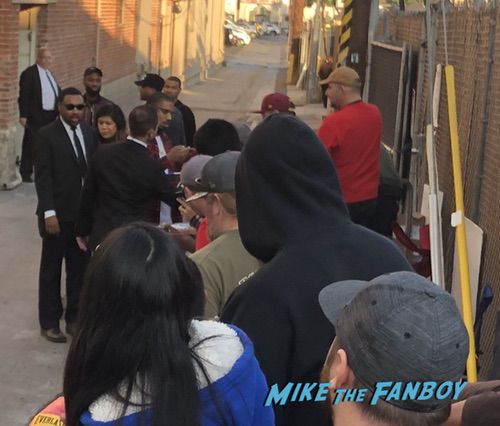 He was super nice and came over on the way, which was a nice change of pace. He did like two pics in the beginning and then decided to just sign. 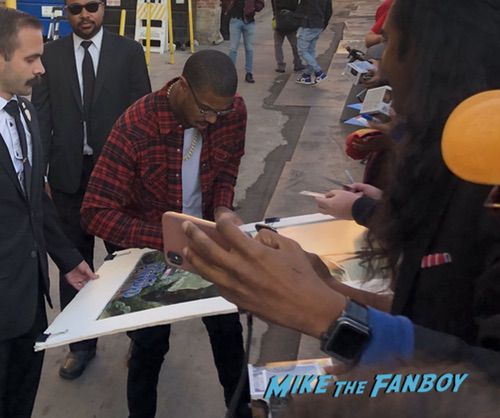 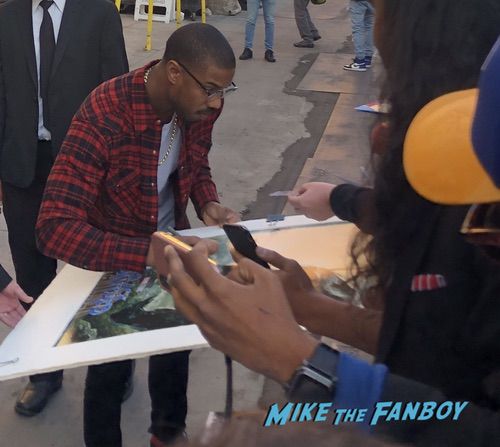 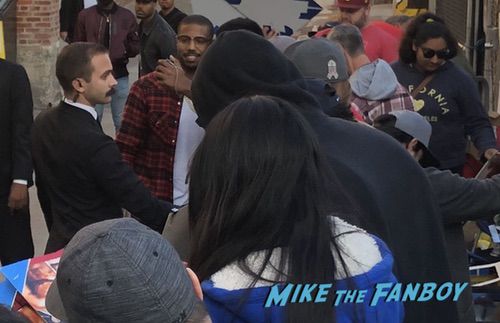 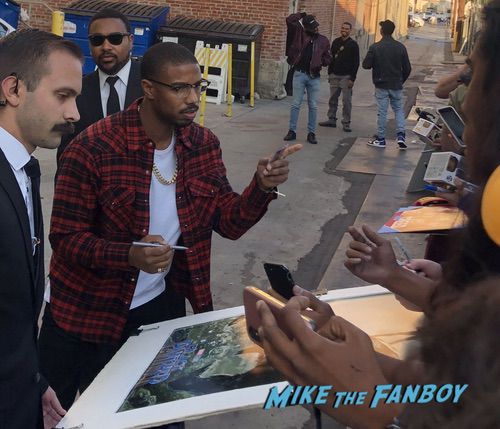 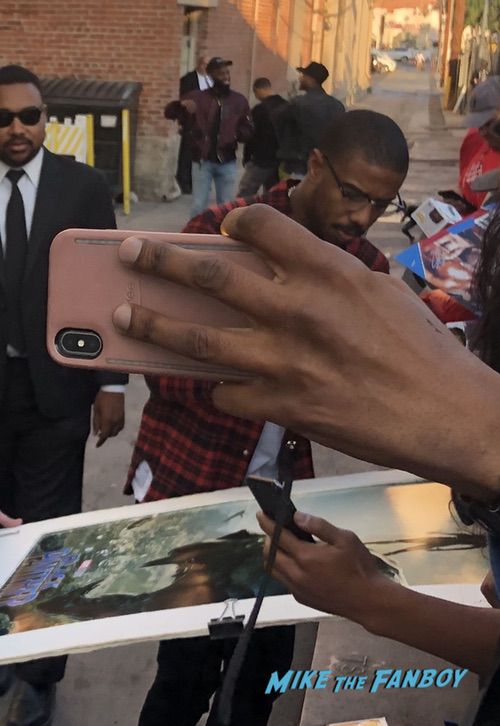 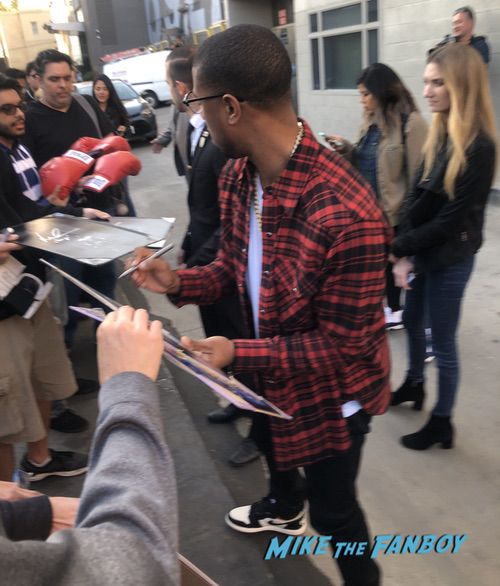 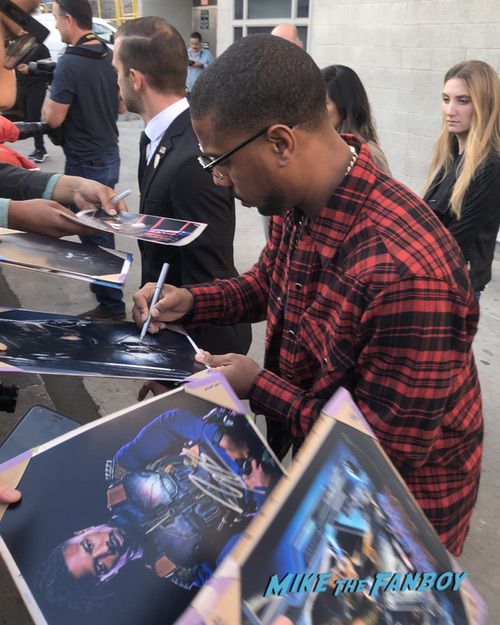 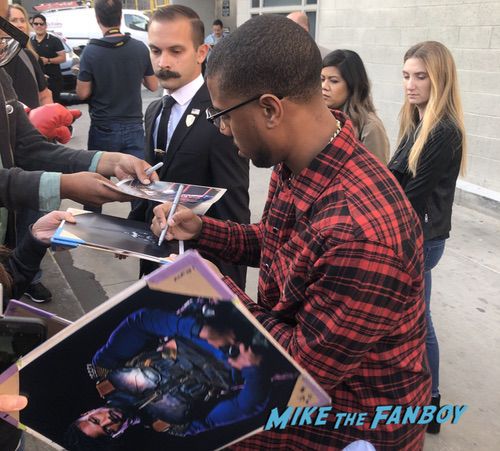 It was so fast I don’t think I could say a word to him, but Michael B. Jordan did sign my Black Panther pop and a Creed 2 mini poster, so I can’t complain.