Awwww, after the recent passing of American Idol star Michael Johns, Suddenly Susan felt compelled to write about her brief encounter with the American Idol star. It’s always sad when someone passes at too young an age.

Suddenly Susan talks about meeting Michael Johns and her brief encounter with the star.

I was saddened to read about the passing of American Idol alum Michael Johns. I met him briefly back in 2008. I was at a talk show, waiting for someone (I don’t even remember who) and Michael came driving out of the parking Lot. He wasn’t listed to appear and was apparently a surprise guest. He was still a finalist and had not been cut from the show yet (which was a horrible decision made by America a few weeks later). I remember there were four other women waiting with me and I was the one who spotted him. We all ran to his car like giddy school girls and asked for a photo. I remember him being taken aback and very humble; shocked that we would want a photo with him. He happily obliged us all and went on his way.

It’s so sad when someone dies that young, especially from something so seemingly minor (a blood clot in the ankle).

He wasn’t the biggest the Star, but he was certainly very talented and kind. 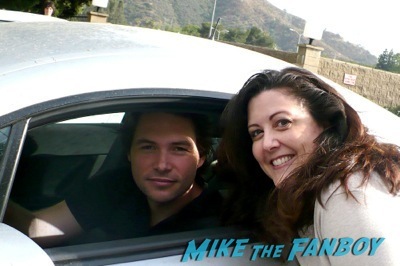