I have to be honest I have never went to a handprint ceremony at Grauman’s Chinese theatre. They used to be so few and far between, but now it seems like everyone with a new movie coming out gets one… cough, cough Jennifer Aniston! Anyway, with the release of the Immortals on the horizon Iron Man 2 baddie Mr. Mickey Rourke is getting his handprints in the famed Hollywood courtyard!

CB is on on the scene and being a huge fan of all things Marvel this was a big deal for him. Check out his full recap after the jump!

NANANANANANANA, CB, CB, CB! Today I am very excited because its Halloween and I’m wearing my THOR costume tonight.

Well, I am also excited because today Mickey Rourke is getting immortalized in cement. Mickey is getting is hands and footprints forever cemented in stone at Grauman’s Chinese Theater today! Luckily, I made it to the ceremony and had a great experience . 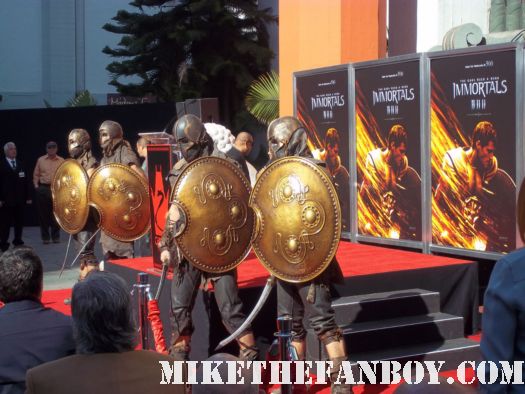 Mickey has a long list of movies he has worked on and two of my personal favorite movies are The Wrestler and Iron Man 2. Iron Man 2 was okay, it wasn’t as good as the first one, but Mickey was amazing as Whiplash. He was also in Once Upon a Time in Mexico and Sin City, two more of my faves.  Mickey always plays a tough guy, but truth be told, he is one of the nicest guys to fans. He’s amazing because he’ll sign, take photos and talk to you. I had my Whiplash photos for him and was hoping for the best.

10:45: I arrive to the ceremony. I know, it starts at 11, but I am sooo late. I arrive and am told by security we can go stand on the courtyard and I proceed to head over and find a spot.

11:00: The ceremony starts and we are spotting friends of Mickey including, Chuck Liddell, Luke Evans, and Freddy Roach. 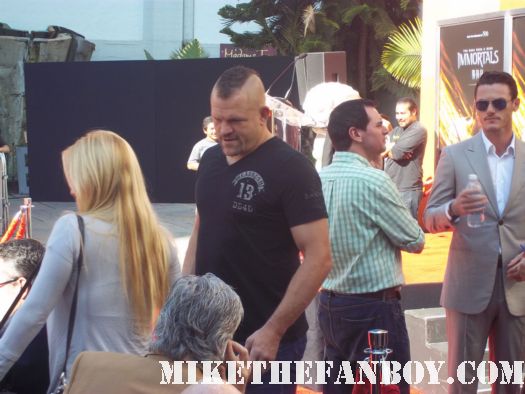 11:05: First one to talk is Jon Favreau, director of one of “C.B.’s Favorite Movies of the Year”, Cowboys and Aliens. He gives the opening speech about Mickey and his career mentioning how Mickey was supposed to be cast in DareDevil. 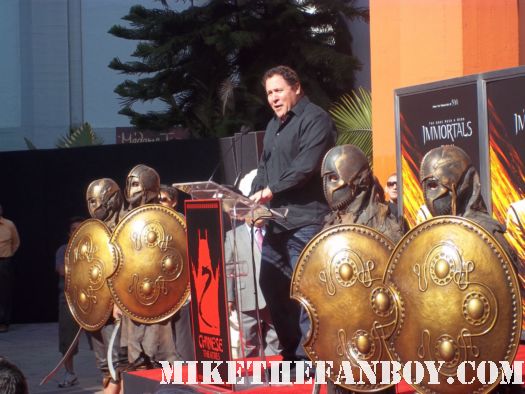 11:15: Next person to give a speech on Mickey is Eric Roberts. Eric Roberts thanks Mickey for his speech at the Spirit Awards talking about Eric. 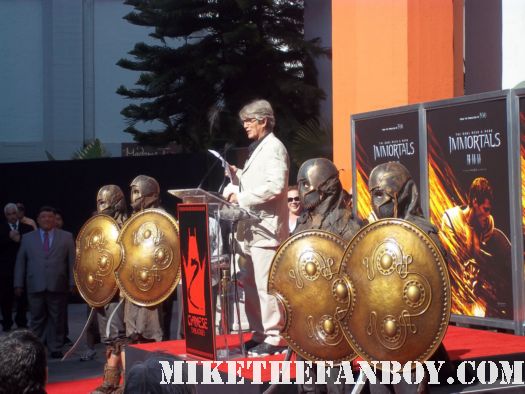 11:20: Finally the man of the hour himself, Mickey Rourke goes up to greet the crowd. He speaks about his ups and downs. 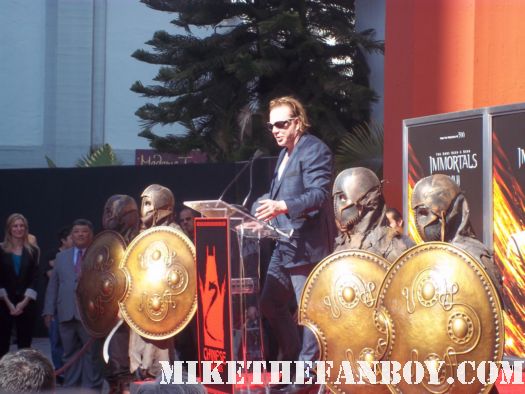 He talks about his boxing career, his acting career and thanks everyone who came out to support him.  He begins to get choked up when he speaks about his grandma. 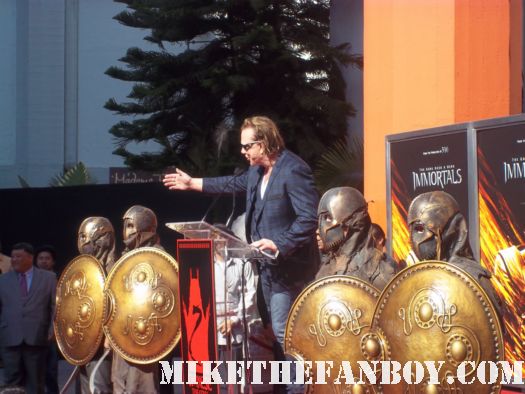 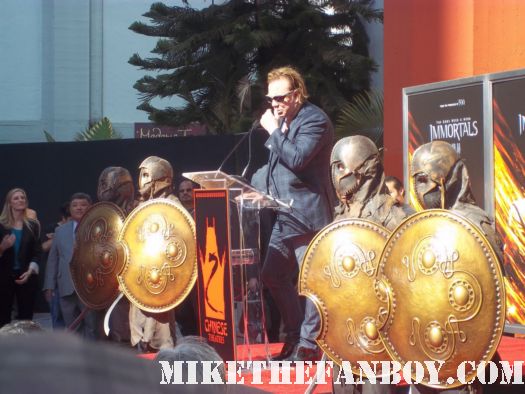 11:25: Now that the ceremony is over, Mickey comes over and signs autographs. I get him on my pictures and tell him “loki forever”. He smiles and thanks me. 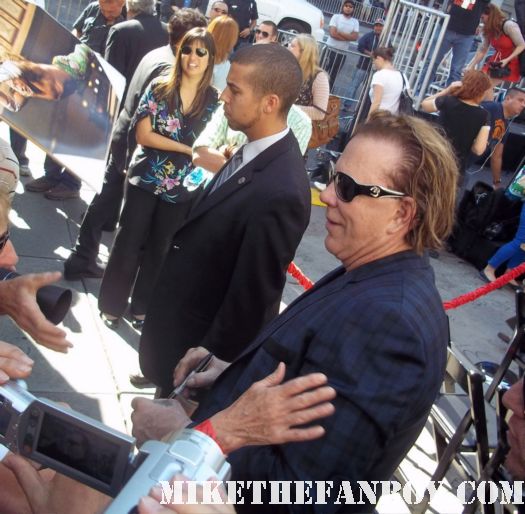 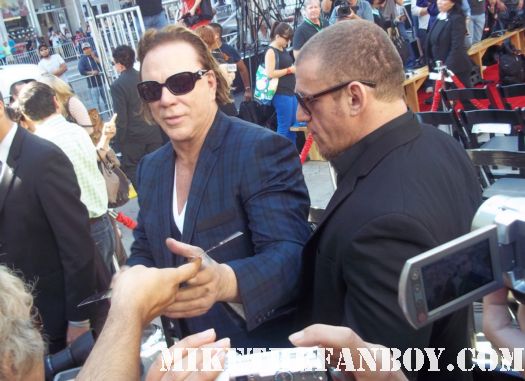 Overall, it was over in an hour and it was a great experience to be at a ceremony honoring a great and underrated actor. Until next time, same CB hour, same CB channel, same CB Blog! KAAAAPPPPPPOOOOOWWWW! 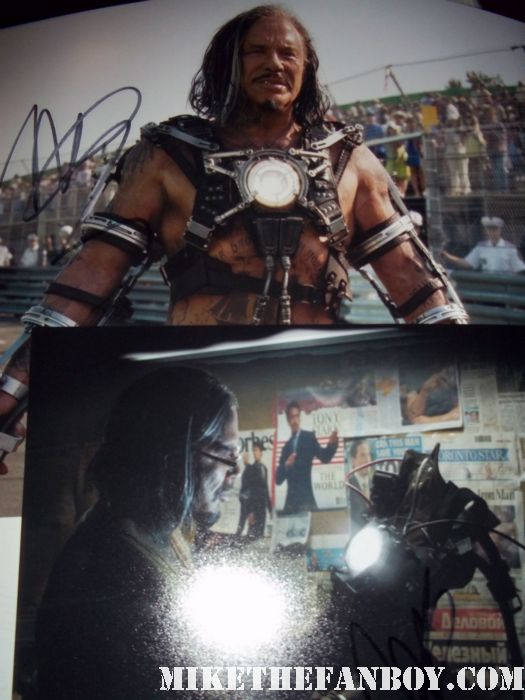