Okay… Who didn’t love Mike Myers? He was a staple of films in the 1990s! Wayne’s World, Austin Powers, etc… There were so many movies that I loved Mike Myers in, 54, A View From The Top, etc…, I was just thinking about him and how nice he was and then said… OMG Throwback Thurs!

While Mike Myers has kept a lower profile as of late, he is still iconic and I’ve never had the chance to meet him.

Chris made it down first and was nice enough to save me a spot. I got down and was shocked to see only a few people. Of course the small crowd wasn’t going to last, but we can enjoy it now for a few minutes at least.

Scotty had a few things for Mike to sign, included a really nice program from the Wayne’s World anniversary from a year or so back. I have my Austin Powers poster, A Rolling Stone magazine, and my A View From A Top mini poster.

As it’s becoming mid November the weather has taken a turn to the chilly, and this ally is a tad like a wind tunnel. I feel like my jacket is going to get blown right off.

The door is opening and Mike Myers is here. We all yell for him and he waves before popping inside. I didn’t realize it, but he’s fairly late. Doh. 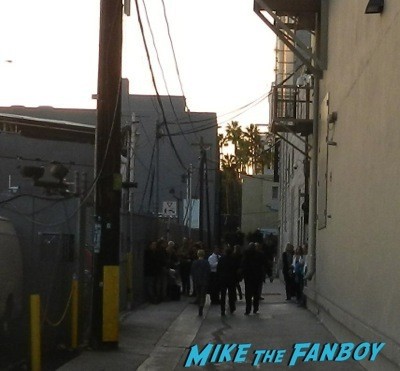 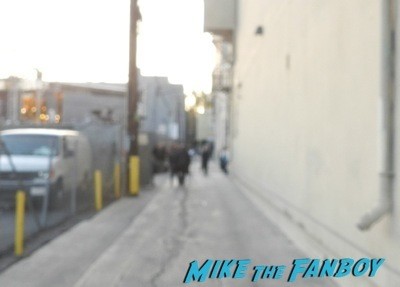 And then, it seems like people start to pour in out of the woodwork. Our small group has tripled in size. Man, this is going to be a little nuts if Mike Myers is nice enough to come over.

Thankfully, the wind is dying down a little, which is nice. I better start bundling up. It’s November kids! 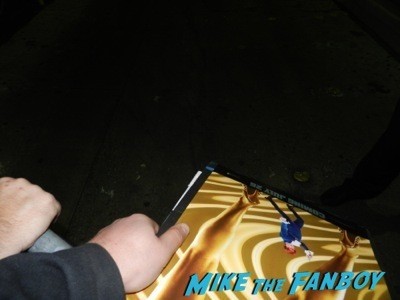 Then, just as the cold was getting to be a little too much, out comes Mike Myers. He didn’t even wait for us to yell out to him, he came right on over. 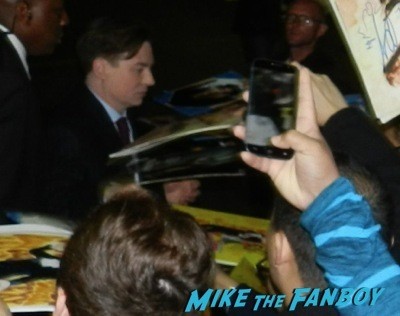 Security said, he’s going to start at the end and go all the way down. And sure enough, Mike Myers signed his life away. Now, they weren’t the best autographs, but he signed a lot. 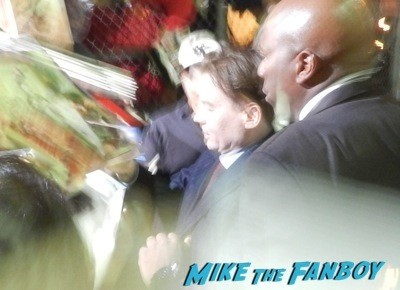 It was a bit chaotic, I had my Austin Powers poster out and Mike Myers signed it and then I asked him if he could sign my Rolling Stone magazine as well. He turned back and signed that. 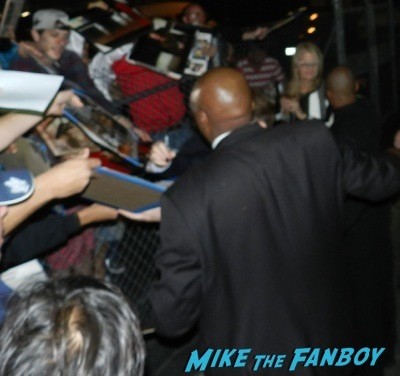 I then ran around to the fence and put my A View From a Top mini poster out. Now, Mike still signed down the fence as he went to his car! 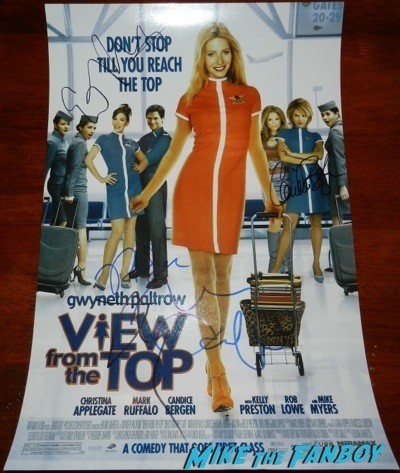 He was really nice.

My A View From a Top poster… Well… It’s pretty bad, lol. But when do you see Mike Myers out and about?

Scotty got one thing signed and I think most people got at least two.

He was so kind to everyone waiting, I’m in shock that he was so cool to be honest. I didn’t expect that. 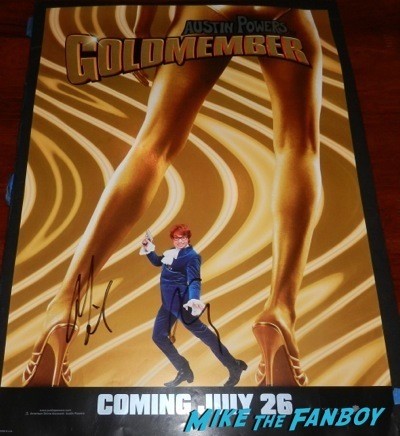 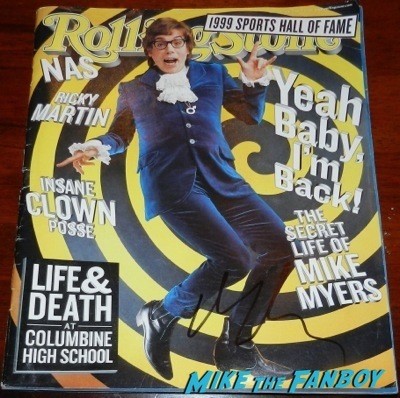