Oh that CB! Off he goes again… you know… I like Seth Rogen, but to me a little Seth Rogen goes a long long way… I’m just saying I saw Green Hornet… and… Well… Let’s just say it didn’t live up to its potential.

Anyway, I know CB loves Seth Rogen and so he recounts in this Mike The Fanboy flashback on his encounter not only with Seth but also with Elle Fanning, sister of multi-talented Dakota Fanning!

Hello everyone, I’m writing about my flashback meeting with Seth Rogen and Elle Fanning. I’ve met Seth on several occasions and he is one the nicest celebs you’ll ever encounter. Elle Fanning was also very nice, and I was fortunate to meet her before Super 8 came out. I met her at the premiere for Super 8 and she was still nice. The two were both doing a talk show taping, but I mainly went for Seth Rogen on this particular day. I’ve seen all his movies , so yea, I’m a big fan.

6:50: I’m here, but there is a giant white truck next to us, and I don’t think the guests will come over… drats.

7:00: I’m waiting and the first person to leave is Seth Rogen. There are only a handful of us here and he comes right over. He signs and takes photos with everyone who requests. I get him on my Green Hornet Poster and photo, then take a photo with him. 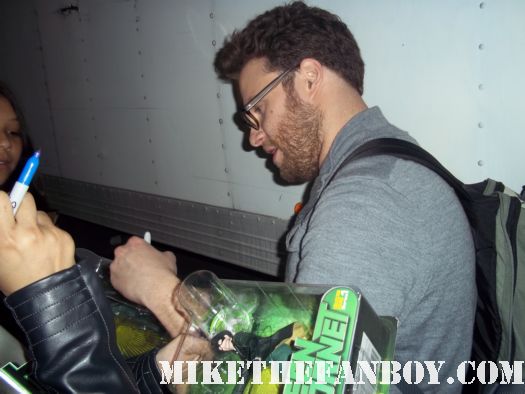 7:15: Next person out is Elle. She’s super sweet and comes over to the small crowd. She signs and takes her time with everyone. Dakota and Elle must be two of the nicest teen celebs on the planet. 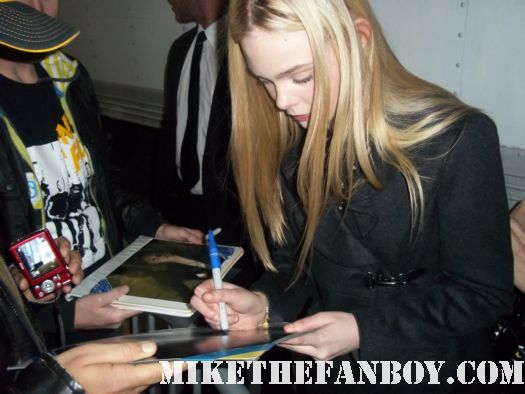 Overall, it was a very good experience. Since I’ve met Seth so many times, its pleasant to see he has always has remained nice to his fans Elle I predict will become a big time starlet. Take care everyone. 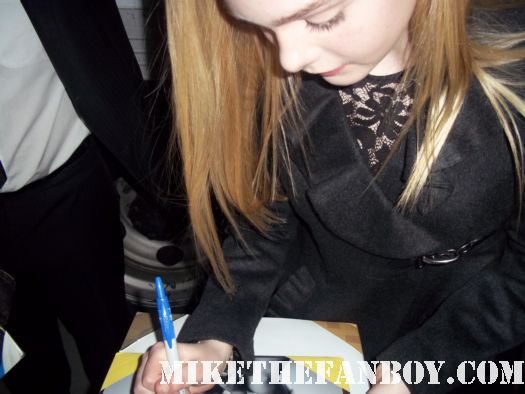