Home / Fanboying! • On Location / Mike The Fanboy On Location: CB Heads To The Girl With The Dragon Tattoo Location And Meets James Bond! I Mean Daniel Craig!

Wow, apparently CB has some sort of inside tip line that he’s not sharing with me… We’re going to talk buddy… I have my Girl With The Dragon Tattoo poster that remains unsigned, ahem… Anyway, CB must be blessed by the autographing Gods cause he’s out again and this time for Daniel Craig…

I can’t wait for Girl With The Dragon Tattoo I mean seriously, it looks so awesome and I love me some David Fincher! He’s a genius… Seriously people… Sigh…

Check out CB’s Take of the day after the jump!

NANANANANANANANA, CB, CB, CB!! OMG, today, I was so so excited to get a tip they were filming Girl with a Dragon Tattoo. For those who have missed the past months of write ups, I loved, LOVED Cowboys and Aliens,

(Editor’s Note: And I think you were the only one judging by the reviews! M-)

and it starred the super awesome Daniel Craig…who was super awesome to fans, (check out the write up here!). The Girl With The Dragon Tattoo stars Daniel and Rooney Maara, but I really only care about Daniel. Anyways, today was a boring day, so after watching Fast and Furious,

(Editor’s Note: Seriously… SERIOUSLY! Out of all the movies… Why do I bother…? Why… God, help this boy… M-)

I made the trip to the set, not expecting much. Boy, was I wrong…..Read on to find out.

8:00: I arrive to the set. There are no signs posted, nothing. You wouldn’t even know they were filming. I’m wondering if I came for nothing.

8:10: Within TEN MINUTES, TEN MINUTES of me arriving, I spot Daniel Craig leaving. I’m just geeking out, that’s JAKE! He says goodbye to some people, and I whip out my photo and he signs it for me. He says, “I only have time for one”, then I say, “I have the movie poster for GIRL WITH A DRAGON TATTOO”, to which he replies, “Well okay, I’ll sign that too”…and he signs that too. OMG! He’s so so so nice. He thanks me because I’m blabbering about Cowboys and Aliens, and appreciates that I’m the only person here for him. 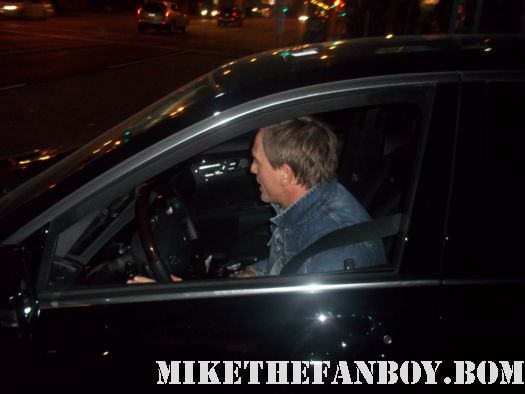 After he leaves, I’m skipping to my car in joy and glee. Its like if Mike just met Sarah Michelle Gellar happiness. I can’t believe he was super nice, and great to me. I’ll be a FAN FOR LIFE! Until next time, same CB hour, same CB channel, same CB BLOG!!! KAAAAPPPPPPOOOOOOOWWWWW! 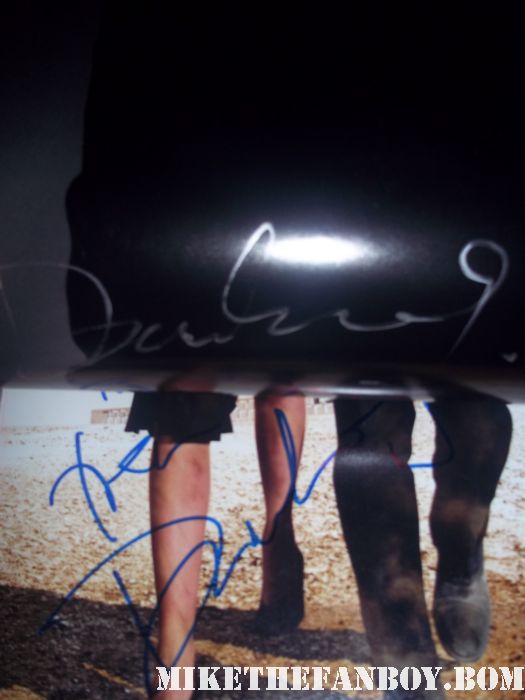 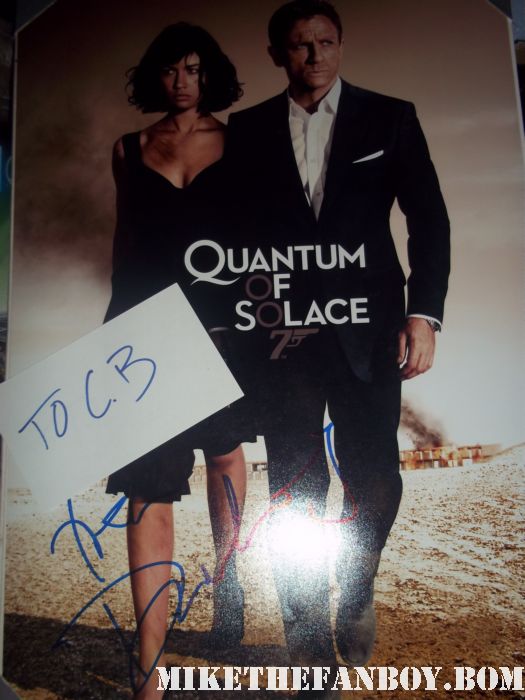