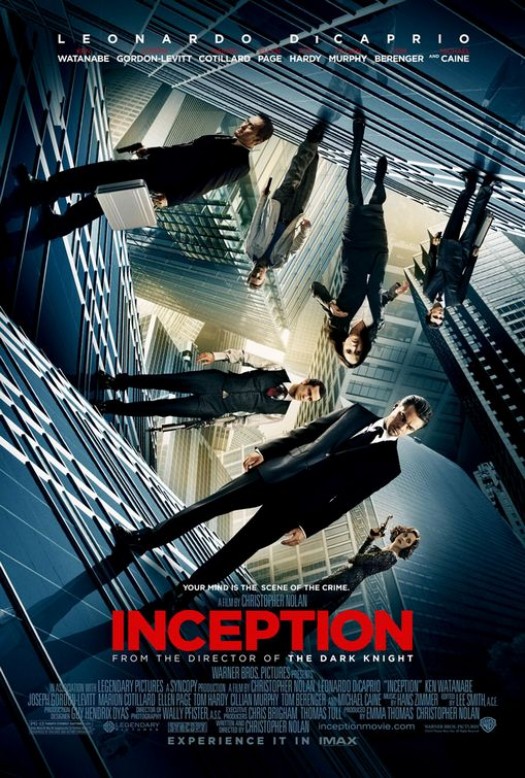 Now, I am not a professional critic, just putting that out there right up front, but as 2010 thankfully rolls to a close I wanted to share some of my favorite films of the year. My worst films of the year list is longer which you’ll be getting sooner rather than later, but I wanted to start the new year off positive. When getting this together I realized… movies in 2010 sucked. I mean really sucked… How the hell can the Oscars have 10 best picture nominees… They’re going to have to nominate Megamind and Paranormal Activity 2… Yes, that was sarcasm but only half sarcastic… so for better or worse, here are my favorite films of 2010! 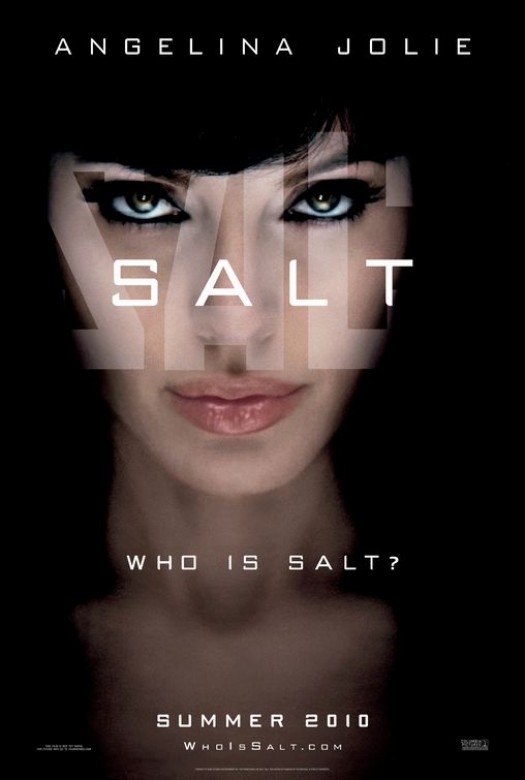 10. Salt – Now, this will not be on everybody list, and probably only makes mine since I met Angelina Jolie at the premiere and saw it last night. BUT it was fun, it moved, and I had a good time. For 2010 movie going experiences hell that’s not bad! Plus, no one can kick ass like Angelina Jolie… NO ONE! Next time I want to see her in leather killing vampires, or something like that. Good times. 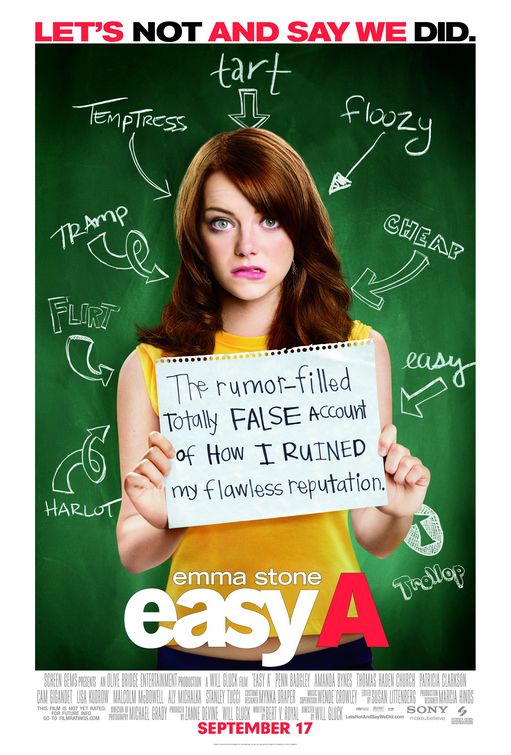 9. Easy A – Again something that won’t show up on anyone else’s list but mine. However, Emma Stone… WAS ADORABLE! And Penn Badgley, Lisa Kudrow, I mean a great supporting cast, it was cute, it was fun, and exactly what I wanted it to be. Was it Mean Girls… No. Did I have a good time… Yes! 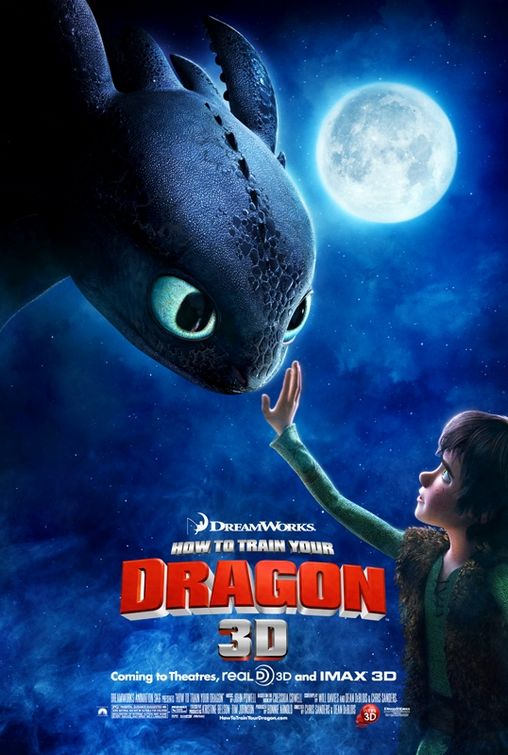 8. How To Train Your Dragon – I hate animation, I don’t like it, I don’t like going to see it, it annoys me. So, getting not one but TWO animated films on my list this year is akin to water torture with a hot poker in my eye. Still, How To Train Your Dragon was adorable. It was fun, and I liked that damn dragon okay! I warmed my cold cold heart… there I said it. Shesh… 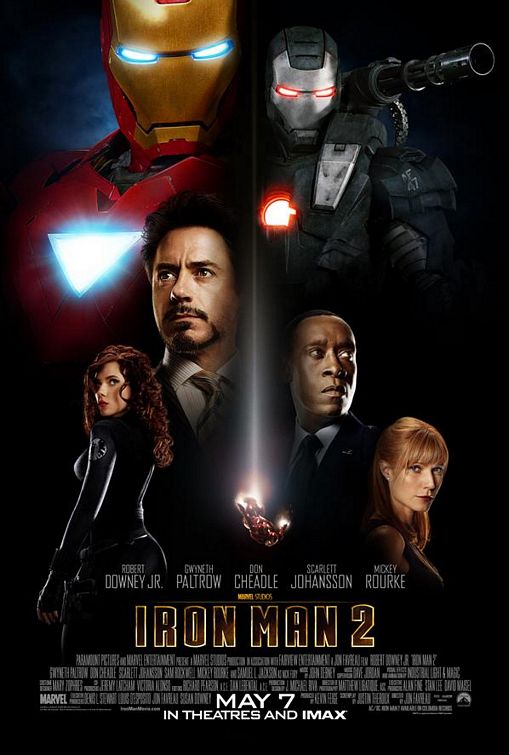 7.Iron Man 2 – Was it as good as the first? Nope. Did I throw up popcorn seeing Mickey Rourke shirtless… yep. Still, it was good, it was fun, and it’s always a kick to see Robert Downey in full Iron Man regalia. I hope whoever takes the reins from Jon Favreau knows what the hell they’re doing. 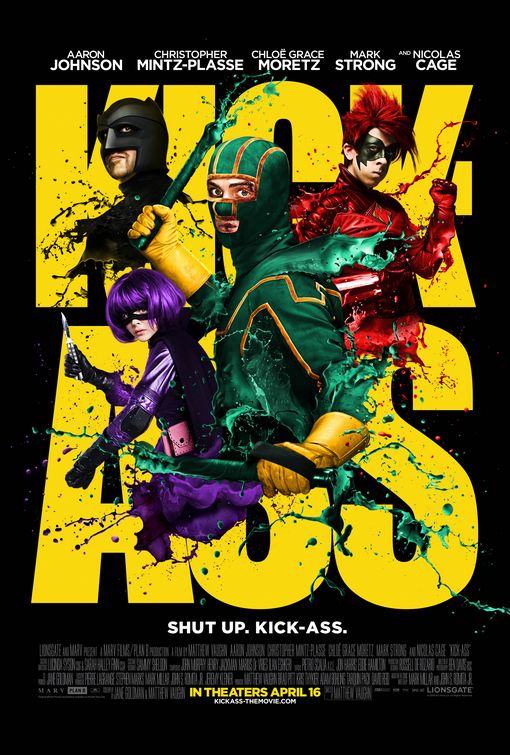 6. Kick Ass – Chloe Moretz you are my hero. Hysterical, swearing, loud and adorable. I loved it. Bonus points for having an Elizabeth McGovern, She’s Having My Baby, cameo! I could even stand Nicholas Cage in this! 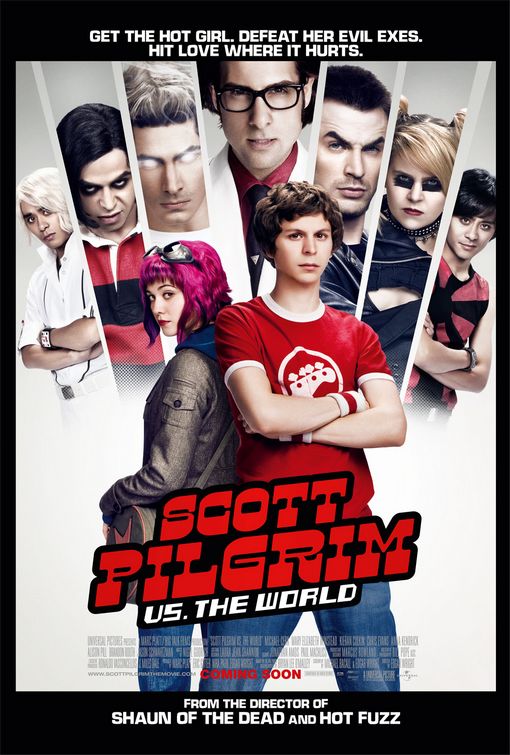 5. Scott Pilgrim Vs. the World – I just saw this after the DVD signing at Amoeba, and hell… I thought it was great. Edgar Wright is so freakin’ talented, I mean Sean of the Dead, Hot Fuzz, the dude hasn’t missed yet. The supporting cast really made this for me, and I think in repeated viewings I’m going to like it even more. 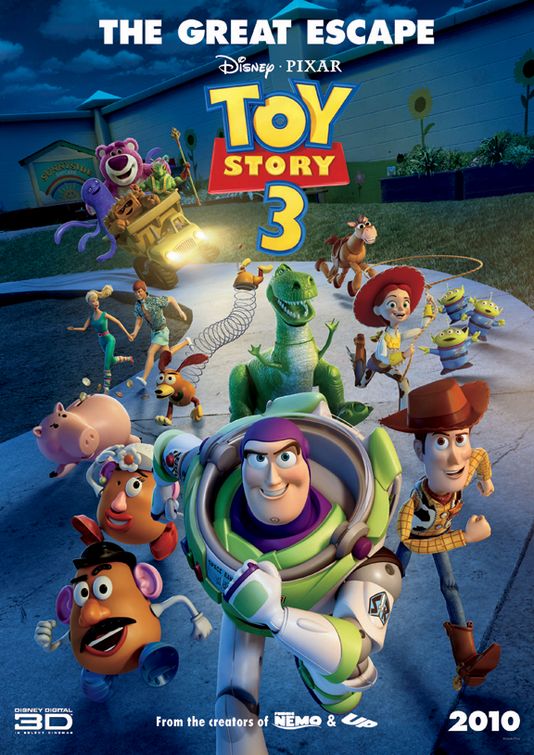 4. Toy Story 3 – Yes, I choked when typing that title. I really wanted to hate this… I mean I REALLY did, I read all the hype, and just wanted to walk out going… It wasn’t that great. Plus, I’m getting sick of Pixar and Tim Allen except for Galaxy Quest which is genius, annoys me to no end. Grumble, with that said, or typed this movie was touching, sweet, and dammit it got me. Grumble. I didn’t want it to and I will never watch it again, but that hour and forty five minutes was damn good filmmaking…

3. Inception – Leo… Ah Leo… I like you then I hate you… Why? In 2010 Apparently I like you, what can I say? I figured out the ending, I liked Ellen Page, the fight scenes were okay, but the film as a whole was so well done! Plus any excuse to allow me to bring up Tom Hardy… That’s a good thing. 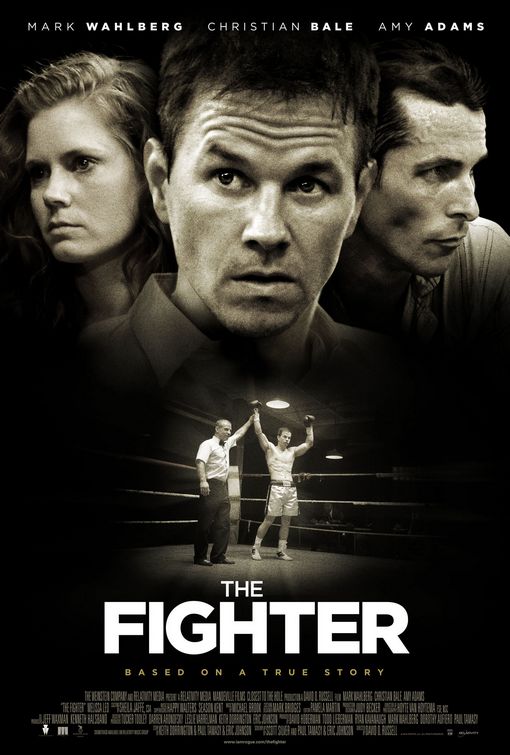 2. The Fighter – Marky Mark Wahlberg… I didn’t know you had it in you buddy. I really didn’t. Amazing… Christian Bale, I knew you had it in you, but damn. I didn’t think I would like it THAT much, but it really was a wonderful film, and just simply a fine piece of filmmaking. I don’t even like sports movies that much, but this one got me. 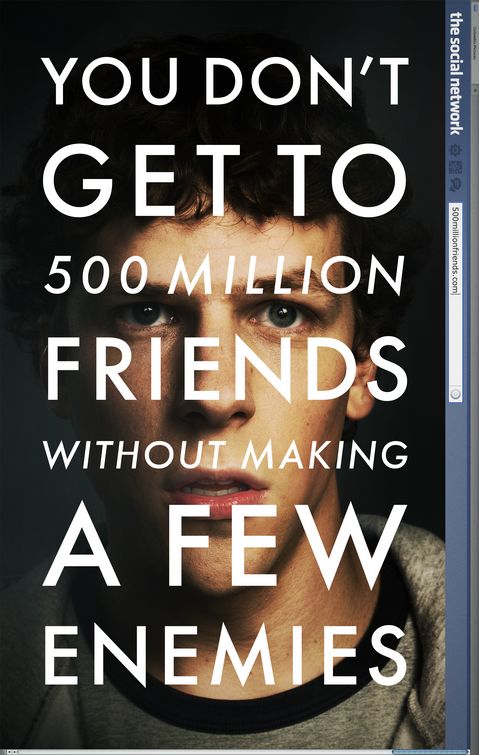 1. The Social Network – David Fincher you are amazing. I hate facebook and all that social network bullshit but this was a film that make me interested and involved and made me care.