When it rains, it pours, but this time in a good way. Misha Collins is not only an actor with a rabid fan base, he’s also an extremely generous philanthropist. He and his amazing wife Vicki, wrote a cook book geared towards family cooking, healthy eating, and having fun. It’s called The Adventurous Eaters Club and its available now on Amazon. The best part is that 100% of the profits go towards charities devoted to getting healthy foods to under privileged children. It’s a great book full of interesting and tasty recipes. 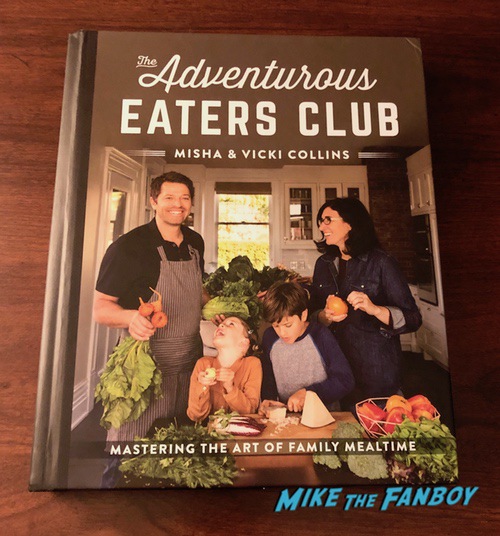 I headed down to Diesel Book Store in Brentwood and met up with a few friends. I had pre-purchased our books and a place in line for us a few days prior, which was smart choice since the event sold out pretty quickly. I have to say this was the most well organized book signing that I’ve ever been. Your place in line was given when you purchased the book and we had 16-19. Once at the store we picked up our books in the back area then they called us up in groups for the signing inside the store. We were in the first set of 25. While we were chilling in line, Misha came by and stood up on a railing to say hello and thank us all for coming. He was RIGHT in front of us and my friend got the whole thing on video.

We were given post-its to put our name on in case we wanted our book personalized. Things started on time and once inside it was quickly my turn. This was the complete opposite of my recent Creation Entertainment Convention with him where hundreds of us were whisked through in rapid succession. Misha took his time to chat with every single person. He asked me about one of my arm tattoos and when I explained what it was and why I got it, he said that it was “beautiful”. 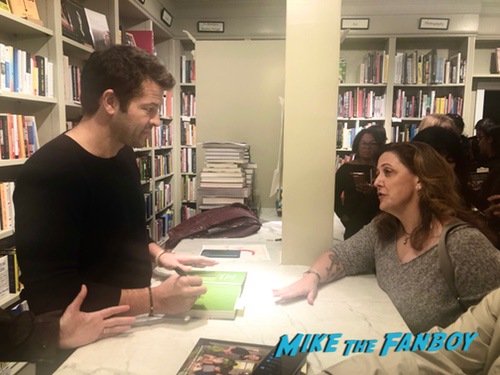 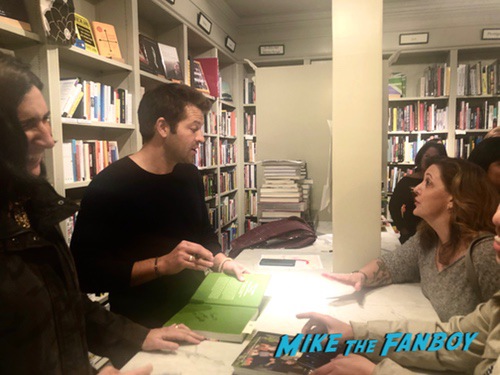 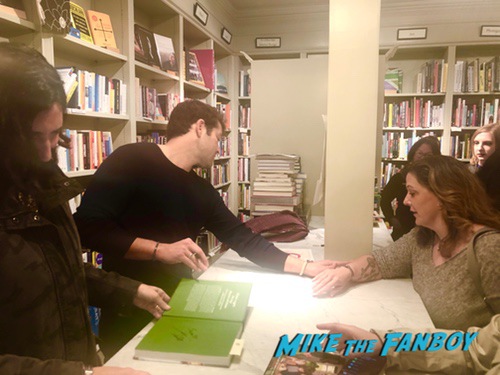 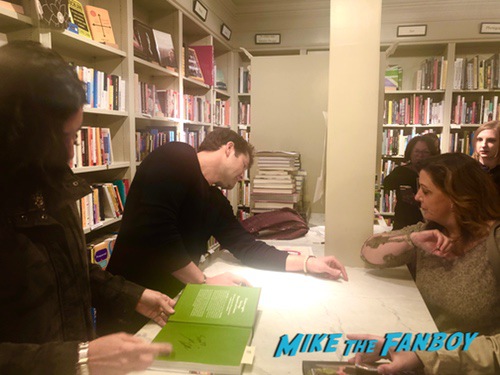 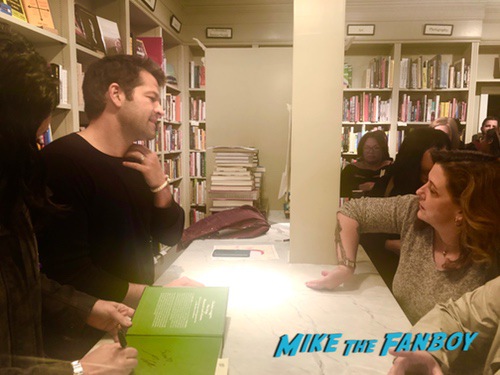 We also had a few laughs when I asked his wife Vicki to sign her book which had literally just been delivered to me 20 minutes before I headed to the event. I had ordered it specifically for her to sign and it arrived in the nick of time. However, I hadn’t even opened it until I was in front of her and to our surprise, she had already signed it! She asked where I had gotten it and I said Amazon but from a used book seller since it’s no longer in print. Misha then grabbed it and signed it saying, “well here’s a new signature”. It was very cute.

My whole group was through the line and done in 20 minutes. Best book signing ever.. and the easiest. 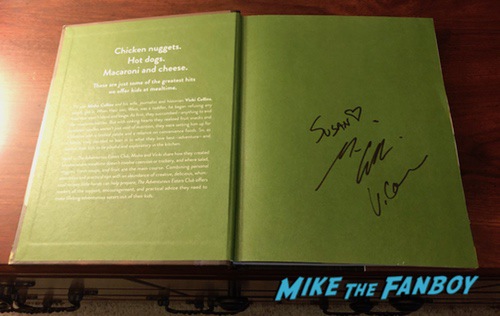 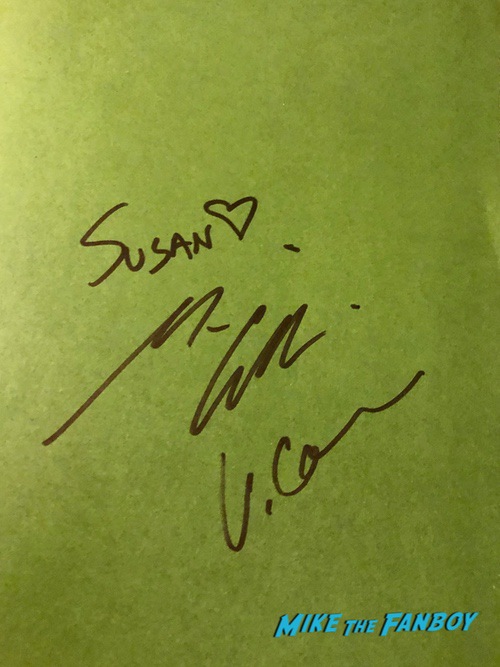 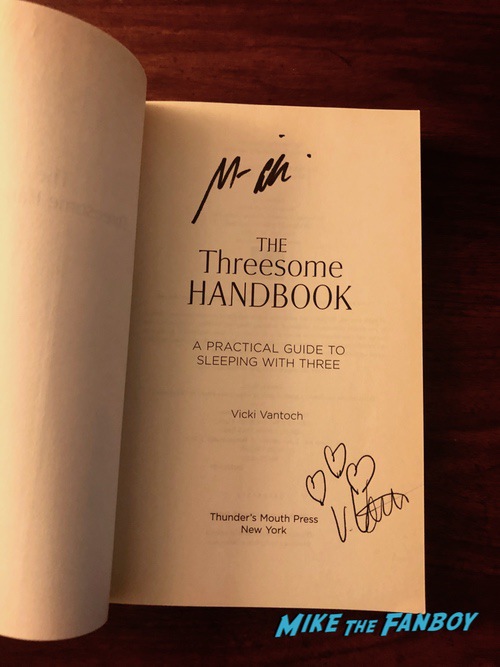