Home / Fanboying! • Movie Premieres / Miss You Already Australian Premiere! Anna Meets Drew Barrymore And Even Gets A Selfie! So Cute!

Well, it’s official! I think I need to go to Australia! Anna had an amazing afternoon at the Miss You Already premiere. Not only did she get a selfie with Drew Barrymore, but she got one of the best Drew Barrymore autographs ever!

Anna has some great luck and her selfie is so adorable!

Last Wednesday was the Australian Premiere of Miss You Already. It was held at the State Theatre and was attended by Toni Collette & Drew Barrymore. I love Drew Barrymore so when I found out I made sure to leave work a little bit earlier so I could get a good spot.

I arrived at 4.45pm and it was so strange. Nothing had been set up yet, just some barricades and the area where the fan area usually was had cars parked. There was a tiny space opposite the front of State Theatre that was not blocked by cars so I decided to hang out around there. The crowd was also small. 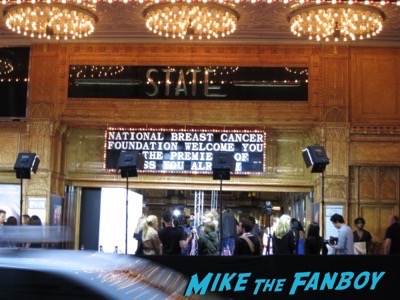 As time went by the cars did not get moved and the crowd was worried that nobody would come over. The red carpet was supposed to start at 6.30pm but when it was 6.30pm, there was no sign of Drew or Toni.

Close to 7pm, Toni and Drew arrived together. They started to walk the carpet and address the media. The crowd could continue to call for Drew and she indicated she would come after.

After they finished the media, they went to the photo wall for the paparazzi. The security guard came over and said that they would come over after they were done with photos. After the photos were done, they both disappeared! I assumed that they had gone to introduce the movie. 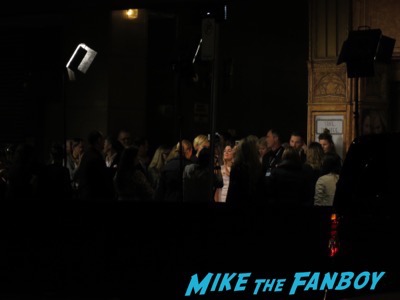 Around 8pm, I spotted Drew making her way out of the theatre. There was no sign of Toni. She crossed over the street greeted some fans that were hidden behind the cars parked and then headed over to the area I was standing. I had her “Find it Everything” book and waved it to get her attention. She immediately came over and said “oh my god, you have my book” and happily signed it. 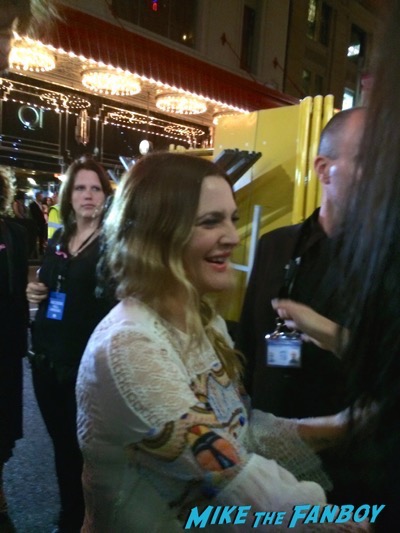 I then asked her for a photo and asked her to take the selfie. There is a bit of shadow as it was dark but I was pretty happy with our selfie. Drew continued to take selfies and sign autographs. 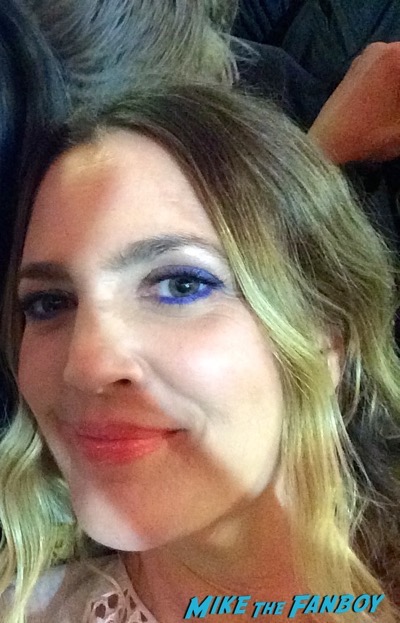 Since I was done and super exhausted I made my way out of the crowd to head home. Drew was so awesome and I was glad I was able to meet her. 🙂 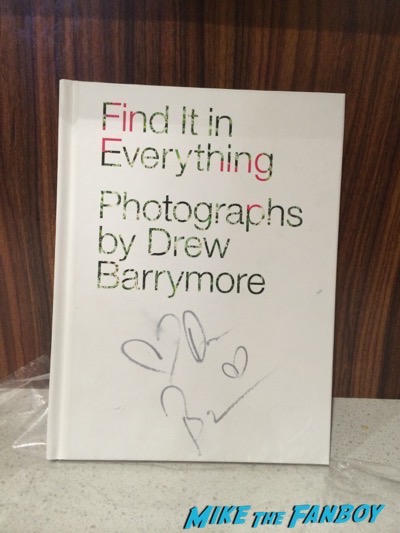