Doh! A double fail! I should have waited for friday to post this, but it’s a double fail and we have another doosey for tomorrow!

Suddenly Susan went out to try and meet one of the nicest guys ever Mr. Jeffrey Dean Morgan as well as Pacific Rim star Charlie Day… What happened? A double, one two punch of a fail!

Check out Suddenly Susan’s fails after the jump!

Ask any autograph collector and they’ll tell you that Jeffrey Dean Morgan is one of the nicest celebrities around. If you told him you forgot your photo of him, he’d follow you back to your house to sign it for you. That level of nice. So when I had a second opportunity to meet him (see my recap of my first encounter) at a recent talk show appearance I decided to go. I also brought along my Pacific Rim mini poster signed by Guillermo del Toro, as Charlie Day was also scheduled to appear. I figured what the heck, right? I thought this would be a win-win situation as I’ve heard Charlie is super nice as well. I seem to jinx myself anytime I tell someone waiting how uber-nice the celebrity is, as they inevitably don’t sign that day.

To his credit, it was not JDM’s fault in any way. I was first to arrive, followed by 7 or 8 people, all of whom were waiting for Charlie. I was the only one with anything for JDM. This was looking great! I also got to see Miss Pinky Lovejoy and the future Mr. Pinky Lovejoy, Keith Coogan! It’s always nice to run into friends unexpectedly, so the trip wasn’t a total waste. We all saw that there was only one town car versus three guests, so we kept our eyes peeled on the parking lot. I saw someone leaving on a motorcycle thinking that may be Charlie, who had perhaps decided to drive himself. As it got closer I realized it was Jeffrey! 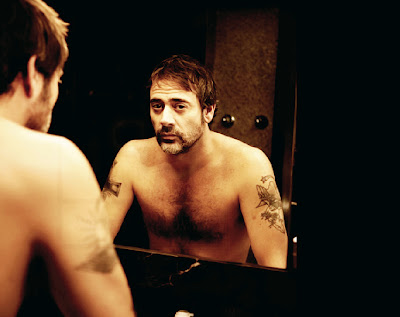 I started screaming his name like a maniac – Jeffrey!! Jeffrey!! (for anyone who’s seen Bill Cosby Himself you know what I’m talking about) However, the bike was too loud and he was looking the opposite way to turn into traffic. I certainly didn’t want to distract him and see him get run over. I’d be forever known as the crazy lady who got Jeffrey Dean Morgan squashed!

While reeling from my disbelief that I missed Jeffrey, I was told that Charlie left in the car right behind JDM (I don’t know if it was in a town car or if he was driving himself). Apparently, no one recognized Charlie until it was too late. 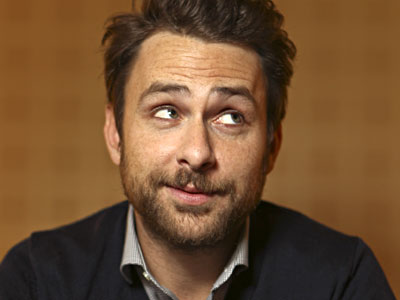 This is what we in the business call a colossal double fail. Myself and the others had chosen to stand on the opposite side of the driveway to avoid garnering attention from any lookie-lous (which were there were a handful of anyway). Had I opted for the other side, JDM would’ve been looking in my direction and definitely seen me standing there, holding a photo of him. I’m 110% positive that he would have stopped. I seem to be in an autograph slump. I hope I can pull out of it before Comic Con next week! Hopefully that will be when I turn things around. 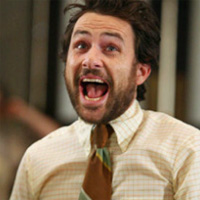