Such a cute story!

Pinky and Keith were at the Denver Comic Con and were able to meet Garfield creator Jim Davis. It’s so funny, because so many times when you meet someone, the emotional reaction is sometimes overwhelming!

Hello, my lovelies. Pinky Lovejoy-Coogan here exhausted from a never-ending weekend spent at the Denver Comic Con. We had a great time and I wanted to share one of our highlights with you today. Growing up in the ‘80s, Garfield was pretty much my life. I couldn’t get enough of his witty repertoire about lasagna, Mondays, and how to outsmart Odie. I had every Garfield book that came out and would religiously read every single one from cover to cover. Even as I grew up, Garfield was the first comic I’d read in the funnies of the newspaper.

He holds a special place in my heart – one that is shaped exactly like a tiny little Garfield! When I found out that Jim Davis, the creator of Garfield, was going to be at the Denver Comic Con doing pictures with fans, I was SO excited! I told Keith we HAD to do that. But it’s tricky when you’re a guest at a convention, as your placement in the convention hall pretty much determines the type of experiences you’ll have. Well, as luck would have it, we were placed almost directly across from where the Jim Davis photo experience was happening. Squee! 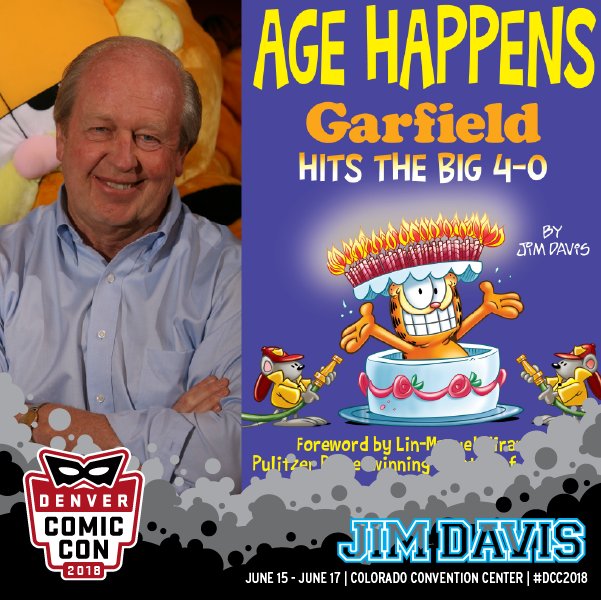 Due to how busy the convention was, I wasn’t really sure if we’d get a chance to meet Jim after all, but thankfully we had our shot on Saturday afternoon. To get the picture, all you had to do was purchase the new Garfield book just in time for the 40th anniversary called Age Happens and then the picture was free. 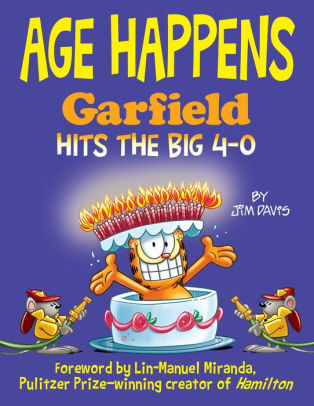 I couldn’t hand over my credit card fast enough for the book! But the funniest thing happened as we were let in to get our picture. Even though I knew how much Garfield meant to me growing up, I have to admit that I had no idea how emotional I’d be to actually meet Jim Davis in person. In fact, I was so overwhelmed that I almost started crying as we shook hands. I told him how much joy he’d brought to my life and thanked him for the endless hours of entertainment. He said that was very sweet. All in all, it was super cool to meet the legendary Jim Davis and even Garfield joined in the picture fun! 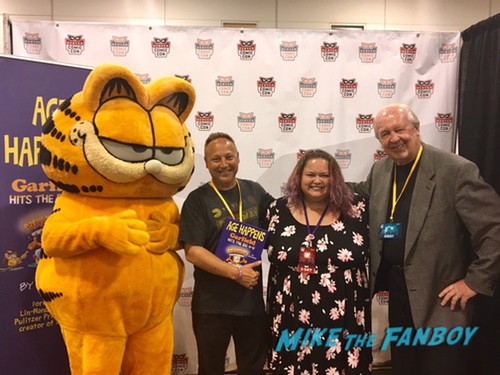