How can you not love Joan Cusack? I mean I think she’s stolen 99% of the scenes that she’s been in, between In and Out, Sixteen Candles, Grosse Pointe Blank and more… She’s damn amazing.

Joan Cusack and her brother John Cusack were at the Salt Lake City Comic Con and Pinky and Keith headed over to meet Joan. Check out Pinky’s recap below!

Hello, my lovelies. Pinky Lovejoy-Coogan here still jazzed about meeting one of my all-time favorites at Salt Lake Comic Con a few weeks ago. Ever since I first saw Joan Cusack on-screen in Sixteen Candles (along with her brother, John), I’ve been transfixed. 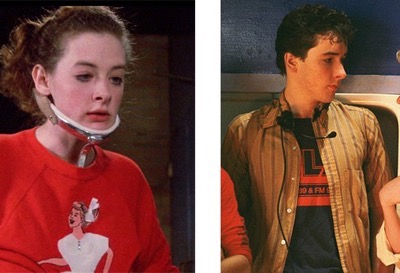 Joan Cusack is a goddess to me. She is so incredibly talented, funny, and all around awesome and I can’t believe I’ve never even seen her in person until now. Unfortunately, Joan and John’s tables were pretty far away from us during the show, so I couldn’t just mosey on up to them and chat. Luckily, though, the show was able to hook us up with a golf cart ride to her table and we were able to meet Joan and get some pics! Squee! I was bursting I was so excited. She was even nicer than expected and even gave me a big hug! 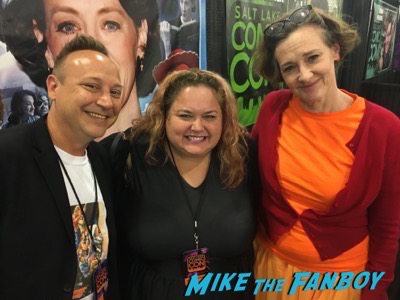 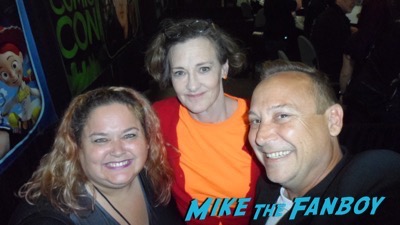 John was sitting right next to her, but was busy with his line of people (fun fact: if you look in the top right corner of our picture where Joan is in the middle, you can see some of John’s face – score!). As I’d already met John at Sundance years ago, I didn’t push for the photo (although the joint picture would have made all my dreams come true). 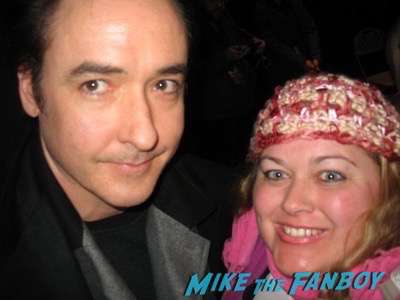 It was such an awesome experience all-around and I’m still smiling. Thank you to Salt Lake Comic Con for making it happen!