I love it when things work out! Sadly, they seem to be very few and far between these days, so when it does happen it’s a nice surprise!

Pinky was lucky to meet Guardians star Karen Gillian and attend a q and a for her new movie. She had a blast and it was a very special night!

Hello, my lovelies. It’s been an exciting week in the land of pink as I finally (finally!!!) was able to meet one of my “unicorns” Karen Gillan!!! Finally!!!! I’ve been a huge fan of hers since I first saw her in Selfie, the adorable sitcom she starred in alongside John Cho, which was cancelled way too soon. 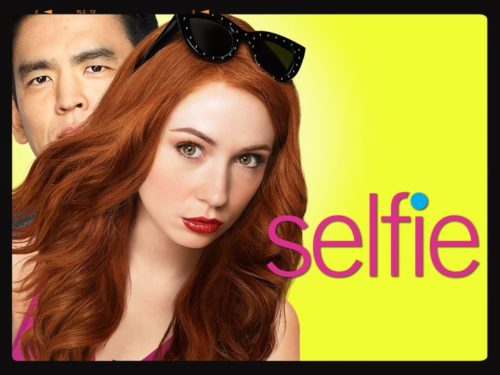 Sure, Karen’s gone on to do some huge movies (Guardians of the Galaxy and Jumanji, just to name a few), but my love for her will always be for Selfie.

Last week she was out promoting her very first feature film that she wrote, directed, and starred in called The Party’s Just Beginning. 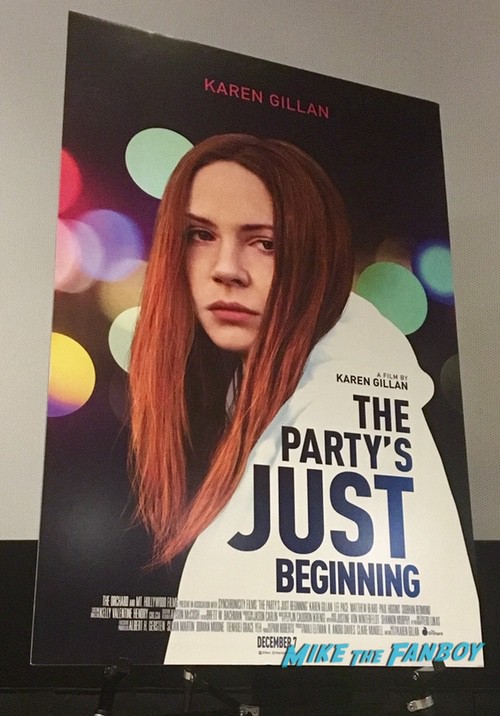 I had the opportunity to see this film on Friday and it’s fantastic. Such a deeply moving and interesting film. It’s playing in select theaters nationwide, but will be available on iTunes starting tomorrow, December 11th. Last Tuesday, she was on a talk show. Now, I normally hate waiting at talk shows because it can make for a very long day and there’s no guarantee anyone will actually even come over. But, I had to try. Thankfully, taking a half day off work paid off! Karen happily came over after she taped her interview and was very kind to everyone in line. 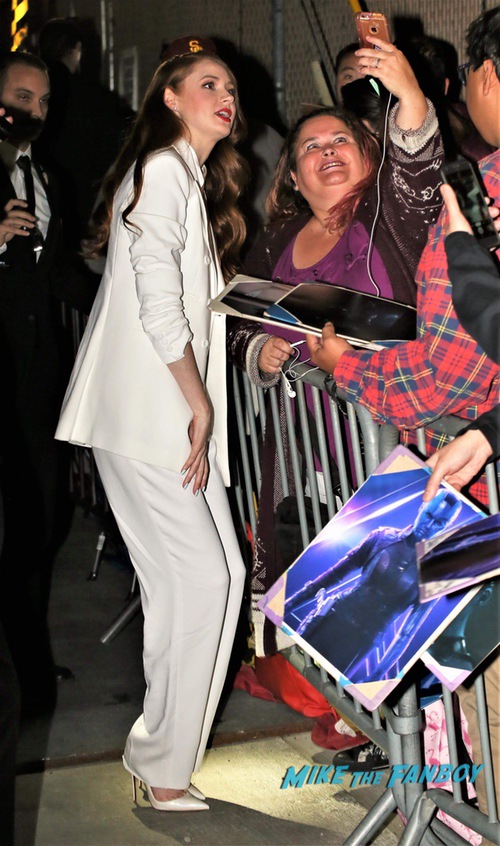 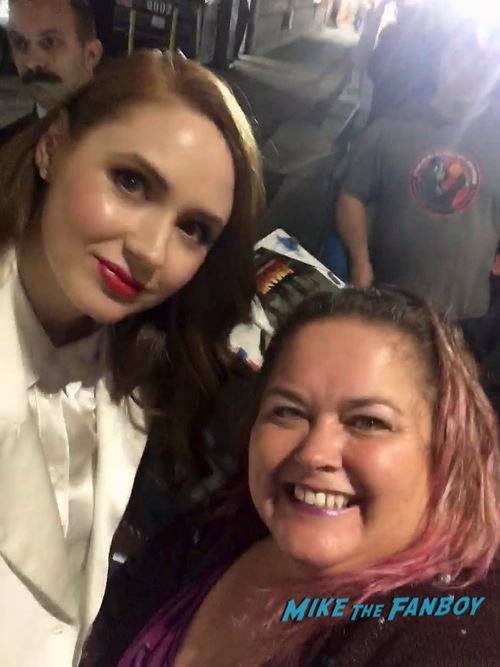 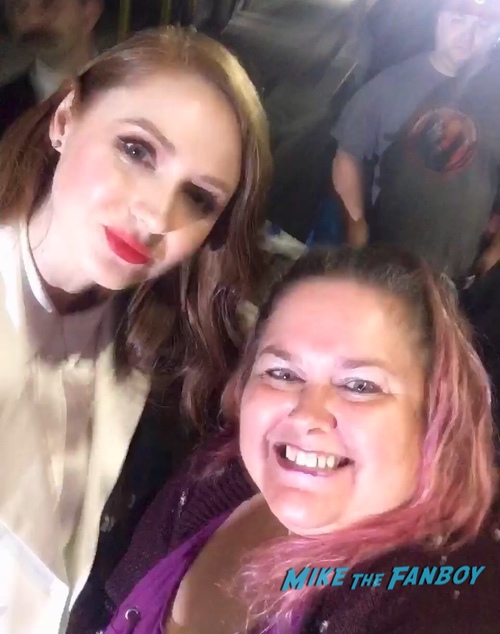 When I told her how much I loved Selfie, she said, “Well, then we should take a selfie together!” So sweet! Huge thanks to former MTF writers John and Angel who sent me the link for a Q&A going on with Karen on Friday after a screening of her film which was moderated by none other than John Cho. 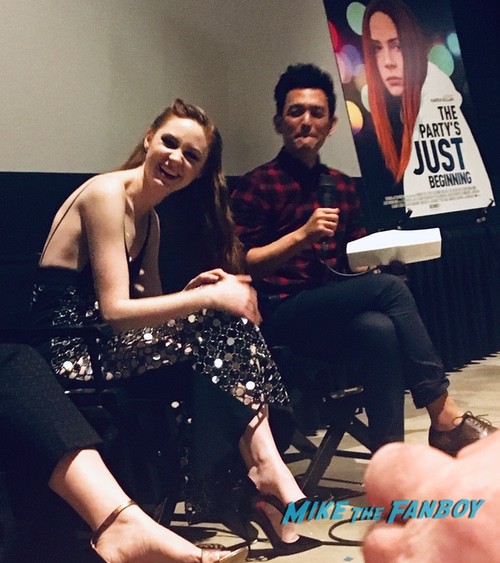 My Selfie-loving heart was bursting to see the two of them together! As expected, the Q&A was a lot of fun. I loved seeing how well they got along! The audience was also filled with some pretty big names – Joss Whedon, Danny Elfman, and Pom Klementieff – who had come out to support Karen’s film. 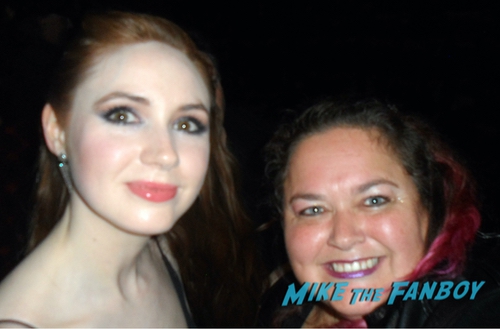 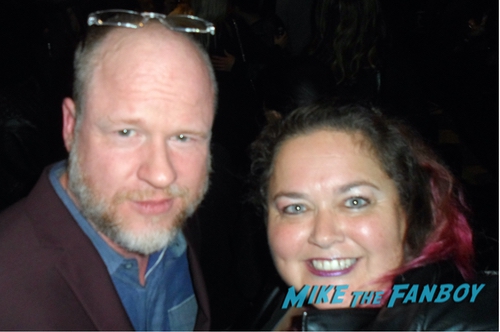 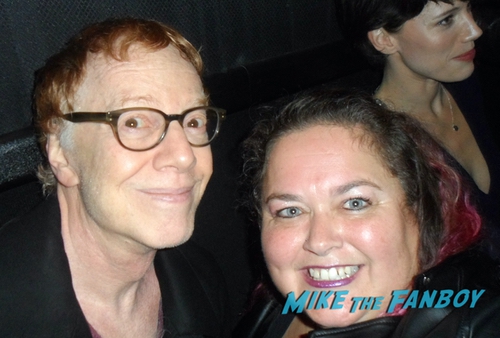 Afterwards, I was able to get the ultimate selfie with the leads from Selfie! I couldn’t believe it! 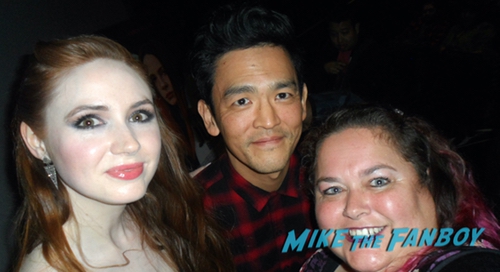 What an amazing night. If you get a chance, go see Karen’s film! She’s so great in it.