Who doesn’t remember the musical stylings of N*Sync? Or is it *NSync? Personally, I was a little too young to appreciate them back in the day, but I know a lot of people loved their music…

I have some funny boy band stories myself, but I’m going to turn the floor over to Ms. Pinky Lovejoy who has recapped her meeting the band over the years!

Hello, my lovelies. Pinky Lovejoy-Coogan here with the song, “Bye Bye Bye” in my head now after looking for my pictures with the members of *NSYNC. They’ve got some catchy tunes! 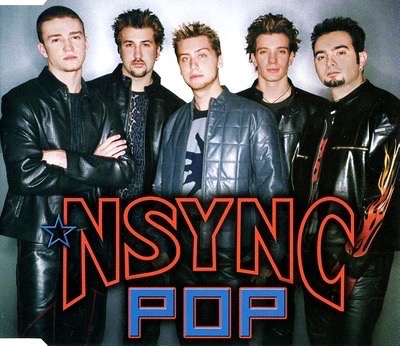 The first member of the band I ever met was Lance Bass at Sundance many years ago. Although I saw him on a busy street, when I asked him for a picture, he said sure as long as we moved away from the busy area. No problem! We moved a few feet away from the sidewalk and took our picture. Hooray! 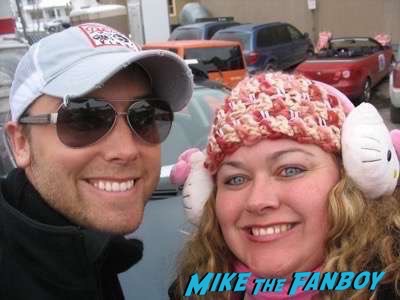 The next member I met was Justin Timberlake. This was totally unexpected as he showed up as a surprise guest for a screening of The Social Network. As I approached him, I had no idea if he’d be nice or not, but he ended up being great and even took the picture for us! Score! 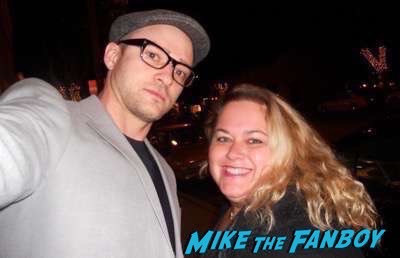 The last three have come pretty close together in the past few months. I met JC Chasez at a movie theater when he was leaving as I was coming in. 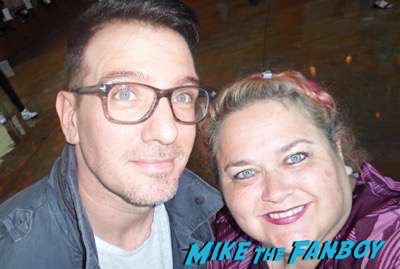 Then, I saw Joey Fatone at the opening of Cabaret and told him I’d see him at Rewind Con. 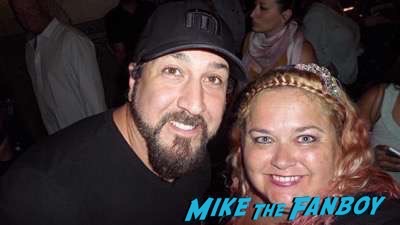 That’s where I was planning on meeting both Joey and Chris, but since I’d already gotten a picture with Joey, all I was focused on at the convention was Chris Kirkpatrick. He couldn’t have been nicer! Although, I’ll admit that as we took the picture I kept thinking of all his crazy hairstyles over the years (and that his name is featured in an Eminem song). 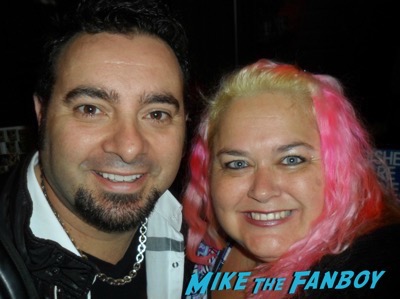 When I lived in Utah during the Winter Olympics in 2002, my brother and I were outside the area where *NSYNC was performing and it was a really neat experience to see them perform at the Olympics (even from really far away). Never thought I’d get to meet them all one day!