Today is a two fold day for me. See there is a convention I have never been to called Monsterpalooza. They are having a rare cast and crew reunion for one of my favorite films of all time, Fright Night! When I saw that on the schedule I was stoked! And I also get to spend the day with one of my best friends of all time, Annette!

Annette is a horror movie buff, and a filmmaker as well. She directed a film called The Secret Life of Sarah Sheldon that starred a creature I affectionately dubbed the penis monster. lol… Please check it out, it’s a great view.

Anyway, so when I called Annette about going to Monsterpalooza she was all for it. These are Annette’s people after all! Annette and I met up at the con and after a brief pause to get our wristbands 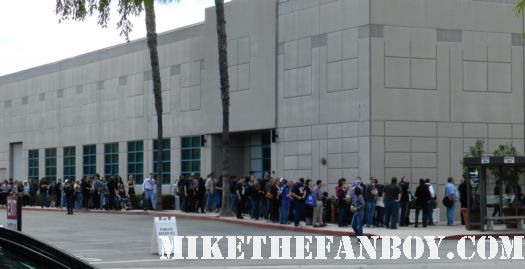 (the line wrapped around the building by God! Who knew? I thought this would be a simple afternoon! Yesh!) we headed in.

We found demons, and gargoyles and all kinds of things inside. lol… I kept making Annette take photos with people. That was fun. 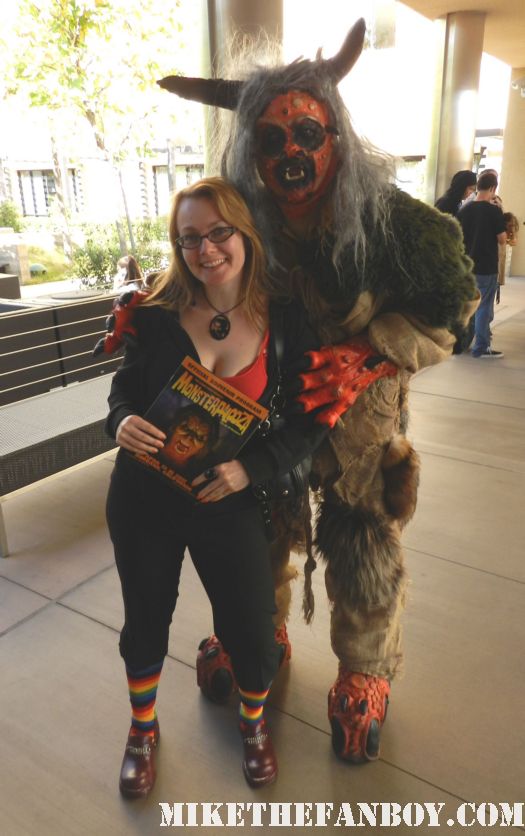 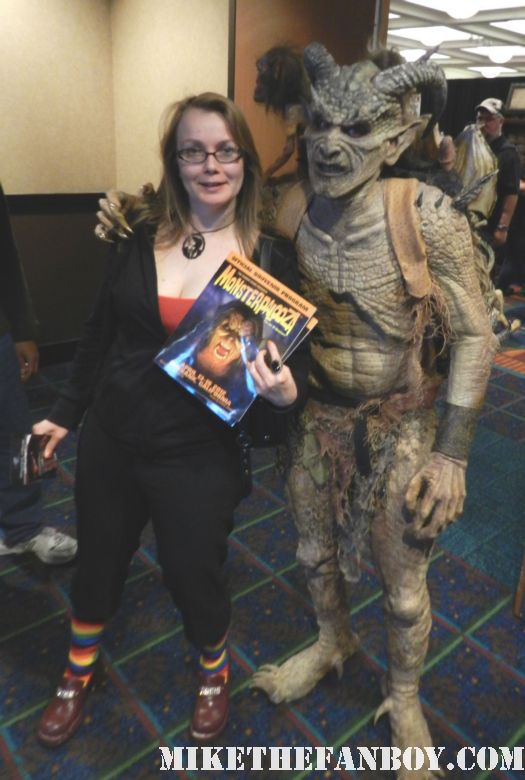 The convention floor was smaller than I expected for a convention with a line stretching around the Burbank Marriott. But the booths were really fun. There were the obligatory demons and creatures and mainly the booths seemed to showcase various special effects designers and monster creators. 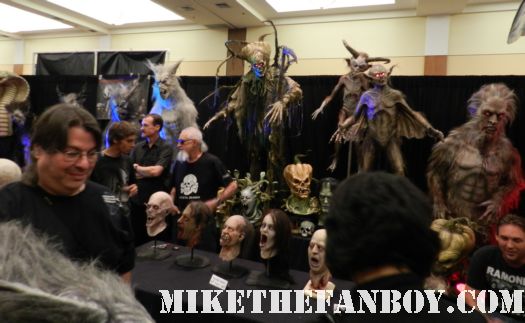 There were the occasional vendors selling vintage horror memorabilia but they were few and far between. 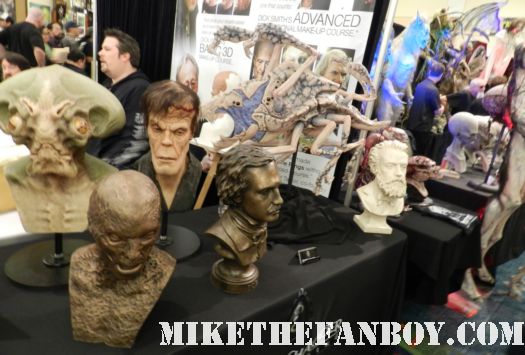 The Monsterpalooza museum was the real highlight. It features replica creatures and real props alike. There were original large giant monsters along with replicas from Alien and Predator. 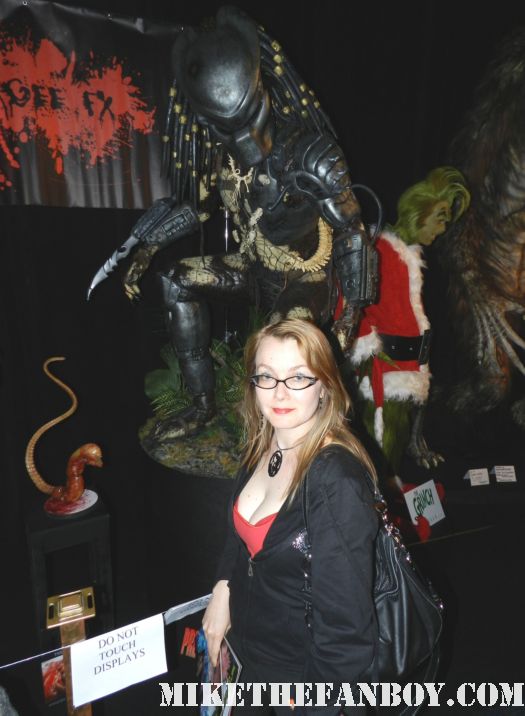 There were the original appliances from the Fright Night remake and also a head sculpt of Megan Fox from Jennifer’s Body. 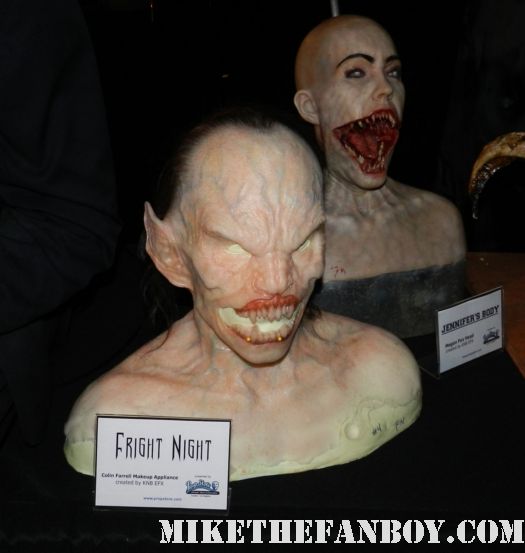 There was also a working prop of Jabba The Hut from Return of the Jedi. 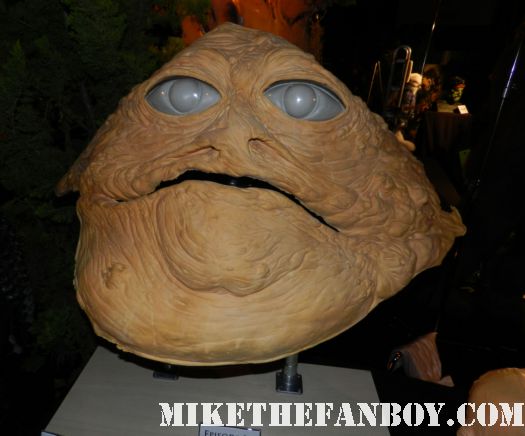 And now, it was time for the main event, at least as far as I was concerned. The Fright Night panel. All the original cast from the 1985 film was present including Amanda Bearse, Director Tom Holland, Chris Sarandon, William Ragsdale, Stephen Geoffreys, Jonathan Stark, and the makeup team including Steve Johnson, Randall Cook and Mark Bryan Wilson. 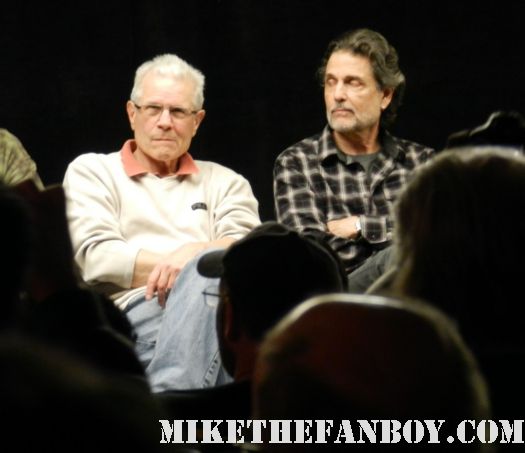 The panel was an hour and they showed clips from the film and then talked about the individual scenes. This at first seemed like a good idea but then it became apparent that this crowd did not need to see the scenes because they know the movie word for word. 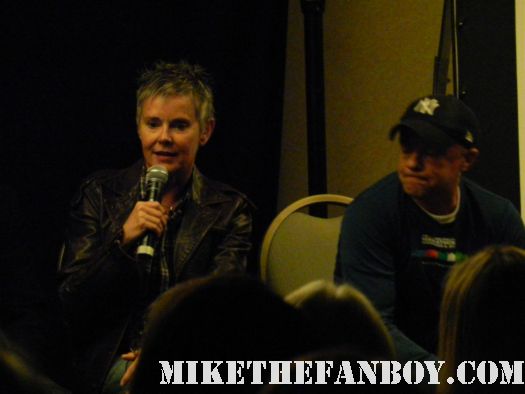 It was nice to see the entire living cast in one place for the first time in my life. The panel itself was rather low key. There was a brief mention about Roddy McDowell and how he elevated the project. They also discussed how much they all still like each other.

There was extensive talk about the special effects, including the werewolf transformation scene where Evil Ed was the wolf and transformed back to his human form. It was done by a variety of wire work, and since the special effects team worked on An American Werewolf in London.

One of the funniest things was something Amanda Bearse found when cleaning out her garage. A See’s Candy box with the special effects breasts they built for her characters vampire transformation. LOL… They went up for auction and sold for more than a thousand dollars! Crazy! 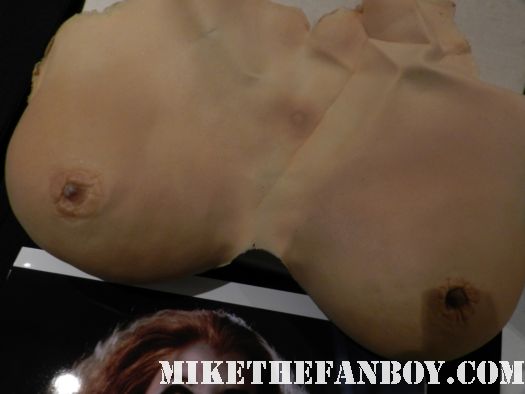 After we left the panel, I was able to meet most of the cast. Now, I’m not one to pay for autographs, it’s not something I really… I don’t know if “agree with” is the word but it’s just… odd to me. Still, for a cast like this there’s not much opportunity to meet them otherwise.

The first cast member Annette and I met was William Ragsdale. He was very nice and we chatted about the film and also his former series Herman’s Head. I told him that they need to release Herman’s Head on DVD soon. 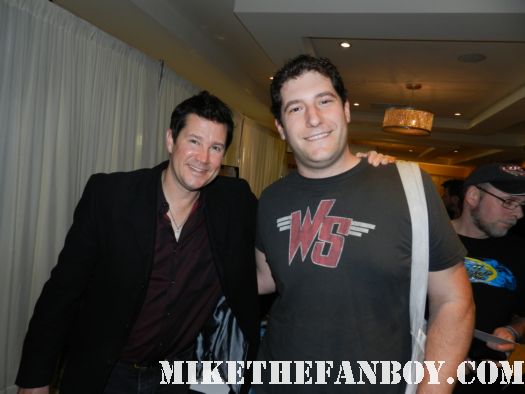 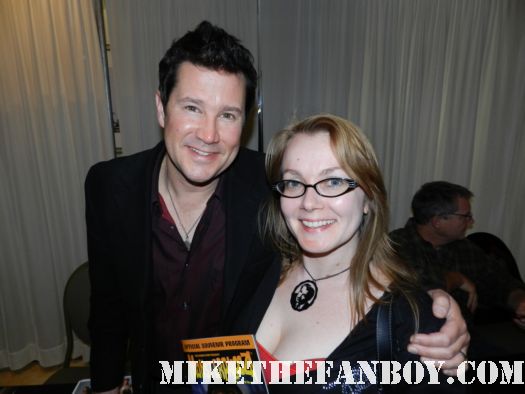 The next person we went up to meet was Chris Sarandon. Chris was just as charming as Jerry Dandridge. He made sure to ask us our names and we spoke about Princess Bride and being fans for a long time. 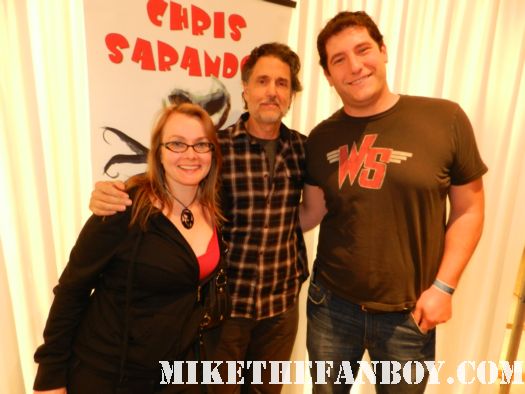 Next we decided to meet Stephen Geoffreys who played Evil Ed. Stephen was super nice and took the most time with fans. He talked about living in San Francisco and still acting in various indie films. He also said he was planning on moving back to Los Angeles soon. 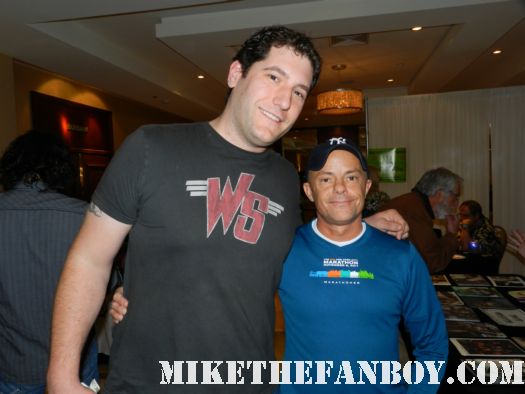 Finally, we met Amanda Bearse who besides being in Fright Night also starred in the classic FOX series Married… With Children. We talked about Amanda’s various charities and her current work on the Disney Channel. 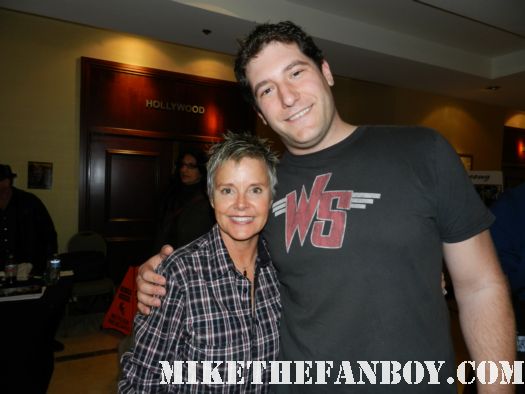 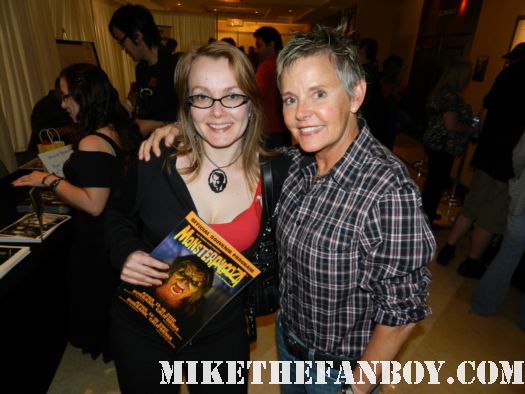 Again, the actors were very pleasant and really overjoyed to spend the time with their fans and celebrate the lasting cult presence of Fright Night.

After a quick lap around the convention floor where Annette was stopped every six seconds by a friend in the horror community, we said goodbye to Monsterpalooza. 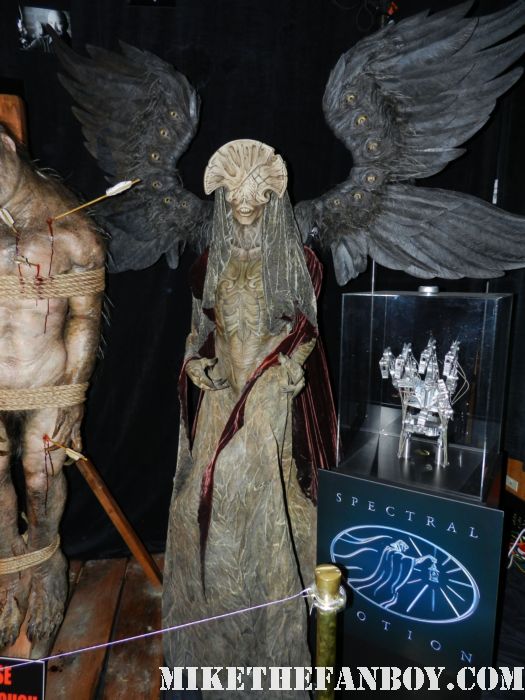 Walking with Annette at a horror con is like walking with a celebrity! LOL… We had a really nice afternoon. Of course Annette and I could have fun at a Jewel concert covered in sand (as an FYI I hate Jewel almost as much as I hate sand) and you know what? It’s really rare when you have an awesome friend like that. 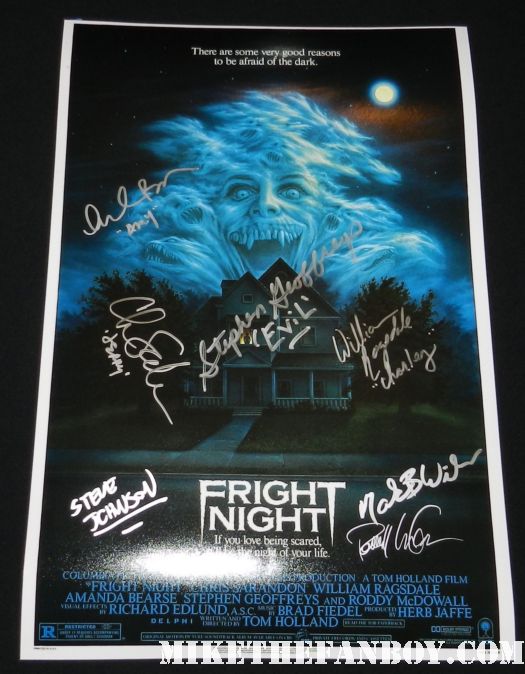