It was a great weekend in horror and the start of an exciting season. On Friday alone we had a John Carpenter signing at Book Soup, a free screening of the new Halloween before it opens next month, (3 out of 4 stars and Jamie Lee Curtis was awesome) the start of Horror Nights and opening night at Son of Monsterpalooza. Talk aboot your horrorgasm. This all leads up to the 40th anniversary of the original 1978 Halloween which there will be a kick-ass convention for in…wait for it…Pasadena! That’s another post though. The season will end with John Carpenter’s concert at the Palladium and a few more nights of horror at Universal. This is one of the reasons I live in LA. That, and the rejection.

Back to Son of Monsterpalooza. While this wasn’t the strongest lineup of guests, it did feature a few folks I’ve always wanted to meet. Steve Dash was one of the biggest names there and he’s rarely on this side of the country so that was a no brainer. He played Jason in Friday the 13th Part 2 with the exception of one scene. He was number one on my list and I was lucky enough to get him on my brand new NECA Box Set figure that just came out this past summer. I was too much of a wuss to ask for a picture with him though. That’s on me.

The con featured the usual great vendors and a smaller version of the museum that is a staple of the larger con in Pasadena. Some of the presentations featured a Cujo reunion with Daniel Hugh Kelly, Dee Wallace and Danny Pintauro, who was pretty damn good for such a young actor way back then. Killer Klowns From Outer Space celebrated with a presentation commemorating their 30th anniversary featuring the great Chiodo Brothers.

One of my favorite highlights was the 3-D presentation of the old Vincent Price classic House of Wax followed by the Mad Monster Party Scaraoke. (Get it? Instead of karaoke it’s scaraoke!) It was a pretty wild night where a shit-ton of laughs were had. Yours truly even got up and sang and rocked the house. Shout out to the great Mad Monster host, Levi. Looking forward to the next one.

One of the other coolest parts for me was meeting a few of the other signers and getting some pics with them.  Marshall Bell was super cool. He was Coach Schneider in Nightmare on Elm St 2, Kuato in the original Total Recall and the hitman in Twins to name a few. I got him in my Fangoria book of covers and on my Freddy figure in the new NECA Elm Street 2 box set. Awesomeness. 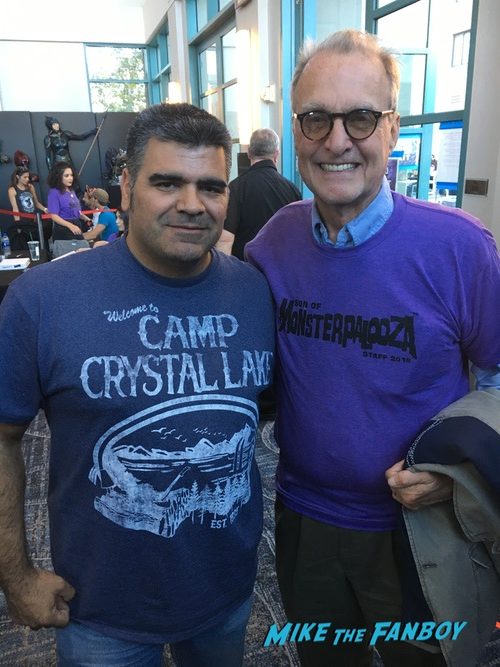 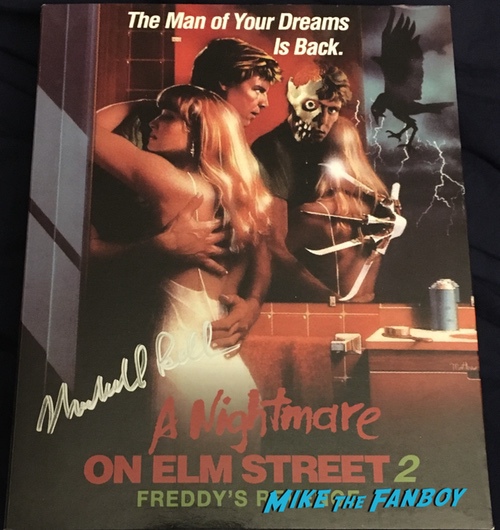 I also got Jake Busey in my book on the Starship Troopers page and a pic with him as well. 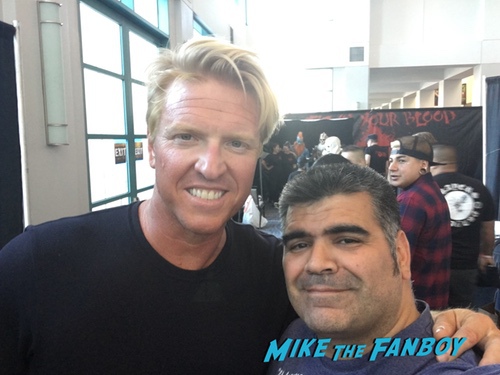 Two of my 90s crushes were also in the same neck of the woods and I was thrilled to get pics with them. Christine Elise was the hottie heroine in Child’s Play 2 and even has a cameo in Cult of Chucky. I guess she was also on that Beverly Hills 90210 show, but this is aboot horror, not crap. She was hella nice. 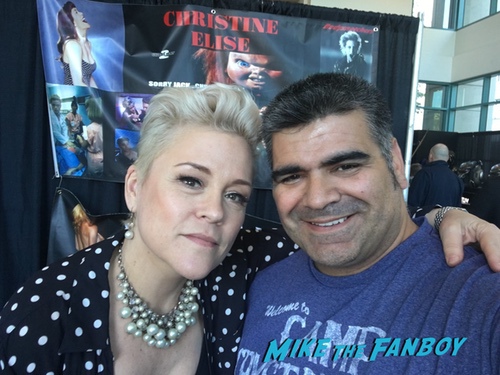 Another one of my 90s crushes was Fairuza Balk from The Craft, American History X and the underrated Almost Famous. My heart is still racing a little. 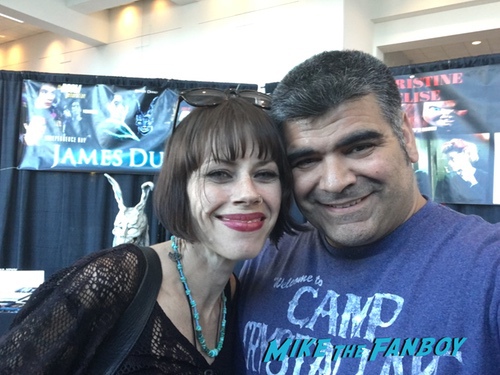 Keep an eye on monsterpalooza.com for updates on the convention next year in April. It will be another awesome time with tons of cool stuff to see/do/and buy. If you love horror, you won’t want to miss any Monsterpalooza convention. Have a great Halloween season and see you at the 40th anniversary Halloween Convention and the John Carpenter concert on Halloween. I typed “Halloween” a lot in this paragraph. Stay scared folks.