If you’re in the know, then you probably realize that the line above is from the opening to cult series Monsters. Airing for three seasons 1988 to 1991, Monsters is finally coming to DVD for the first time.

Coming after such contemporary horror series like Tales From The Darkside and Tales From The Crypt, Monsters is an anthology series featuring different actors and story lines in each episode. The episodes ranged from the campy, to funny to some that were downright scary. 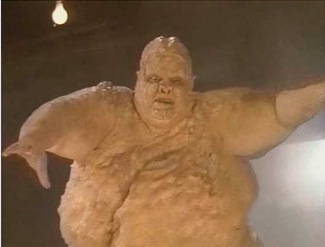 When I was young, Monsters aired late at night, I always had to watch it with the sound turned really low, otherwise I would get yelled at for being up at night. It quickly became a series I looked forward to because you just never knew what you were going to get. Would you see a horror comedy about a zombie in love with his ex-girlfriend? An alien who didn’t realize he was killing all the humans around him? Or a twisted vampire tale? 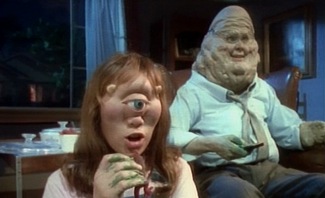 For me and I’m sure a lot of others growing up at the same time, Monsters was our first taste of horror and science fiction. Plus, it generally had a warped ironic twist at the end and the plots were never straightforward. Mix in a bit of dark comedy and you have the recipe for a darkly erie show that has influenced a lot of crazy fanboy’s like myself. 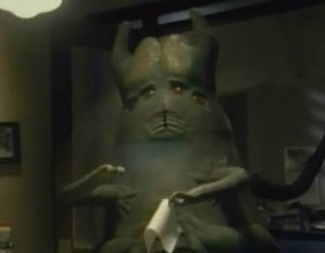 rewatching this series, I can’t even tell you how many memories it brought back. Sure the special effects are straight out of the strings and chicken wire school that taught Ed Wood and the production value wasn’t the best even back then, but if you harp on that, you’re really missing the point of what the series is meant to be. It’s not to be taken seriously and it was never meant to be. 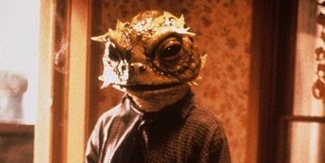 Monsters had several amazing guest stars and it’s a hoot to see a young Matt LeBlanc arguing with Wesley Crusher over whether or not a barbershop is a vampire front or Linda Blair in a different Monster storyline. Other notable guest stars include Lili Taylor, Steve Buscemi, Pam Grier, Rob Morrow, Meat Loaf, Adrienne Barbeau, and tons more. At times, it’s almost a drinking game of spot the notable guest star. 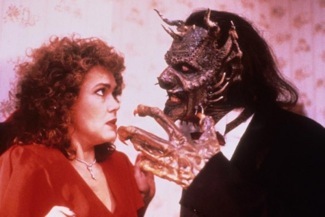 Eone has rescued this gem and released if on a complete series box set.

Feverman: Where a man brings sickness out in the form of a giant monster he then has to kill.

Habitat – Where Lili Taylor steals the show all by her lonesome.

Glim-Glim – Features an Alien trying to save humanity, even though they think he’s trying to kill them all.

The Mother’s Instinct – a Mom develops a miracle drink but her son-in-law steals the recipe.

Monsters the Complete Series is a bare bones affair and doesn’t feature any bonus features, which is a shame as a featurette on the creation of the series with some background would have been nice. Still, I’m just happy that the series was released at all and am thankful studios like eone take a chance and release shows like this.

Monsters: The Complete Series is out now on DVD! 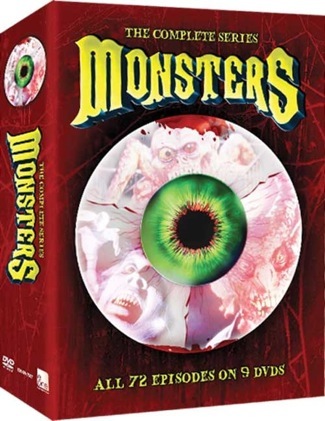