Man, everyone is having luck at the Promised Land screenings but me! What’s up with that crack rock? Sigh… Russell was out and about in the Bay Area and had a great week to end the year on a high note. Not only did he get to met one of the Promised Land stars Mr. John Krasinski but also sexy star Ms. Emily Blunt! I do love me some Emily Blunt I freely admit!

Russell also got to meet sports star Sergio Romo and E40! Check out his full report after the jump!

Happy Holidays everyone. Got to mix in some hunting in the after work hours and have to say I wish every week was like this in getting autographs.

Dec 12 – Toy Drive for Toys for Tots and Sergio Romo and E40 was going to be there and you could either get an autograph or picture with them for a donation.

The event was from 6-9pm, but I knew you better get there 2 hrs earlier unless you want to wait til 9m and it was a school night for my son too. I know most aren’t sports fans, but Sergio Romo was the closer for the World Series Champions so you know it was going to be crowded.

6:15pm – It starts and the line is already probably 400 deep and around the block (no way were they going to get through by 9pm). E40 hasn’t arrived and my son wanted him as well (I know a few songs, but not a favorite). 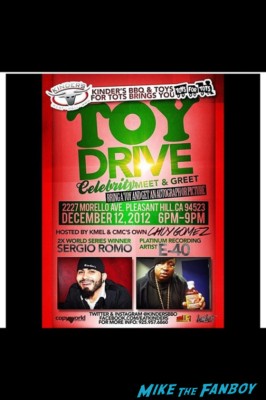 7:17pm – we get into the shop and give our gifts and they give us a ticket to give to them inside and you are allowed 2 things signed or picture. At that point though Sergio is too nice and doing both which has held up line and why it took so long. 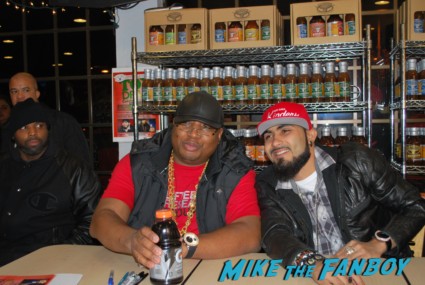 7:20 – E40 arrives and perfect timing as we are almost up to table. So we are able to get both signed and Sergio was pretty cool and was able to get some extra stuff signed for my Giant’s friends and asked him to write “Merry Christmas” to each of them. 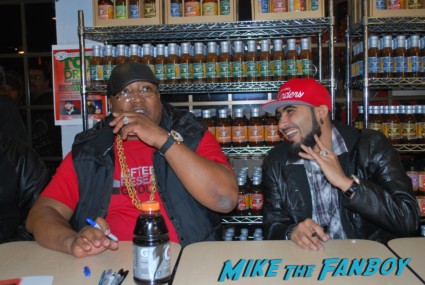 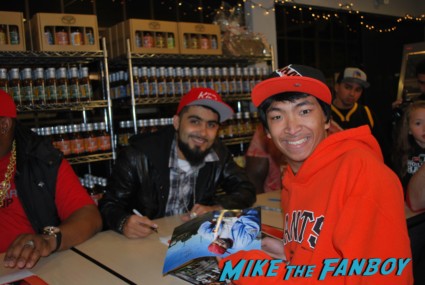 Pretty cool as I know my friend (she named her dog Romo) will be ectstatic. 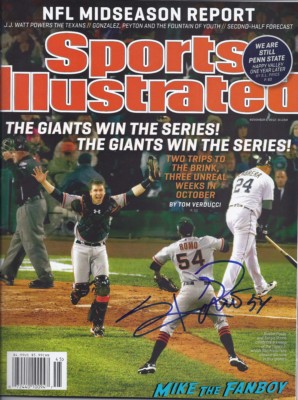 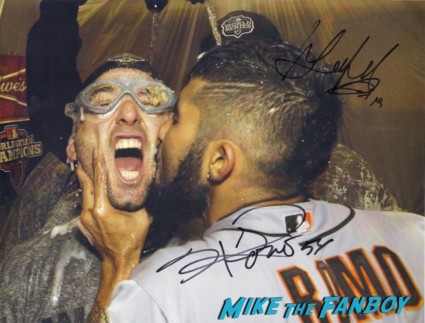 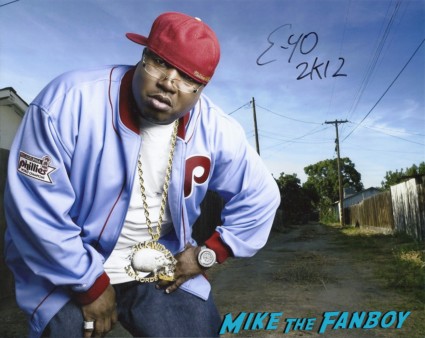 5:30 pm – Got home late and it was raining so I said forget it as I was tired after Xmas shopping and a long week at work. Not a huge office fan, but if it was Steve Carrell I would probably deem it 35 mile worthy of a drive to the theater.

7:00pm – My friend called me and told me he would be arriving before 9pm after the film. So I was done eating and just decided to take a drive since it stopped raining. Not many Hollywood types come to the Bay Area that often that we know about and less than an hour drive. Didn’t really have anything to sign so I just printed some stuff and hoped that maybe Emily Blunt was there too so I printed a little thing for her as well. I know John is a big Boston fan like I am (yes growing up in Hawaii you can choose your team) so I wore my Celtics jacket and cap.

8:30pm – Arrived and no one was outside except a few security people. Then some people started leaving the theater as the Q and A would start in 20 min.

8:45pm – No other ebayers are around which is amazing and I guess John doesn’t fetch much money so probably not worth a drive for them. The a black limo arrives and out they come. John is first and then Emily walks out too. I ask John to sign and he asked if I’m a Celtic fan and told him since the Havilcek era. He said it’s going to be a tough season for them and told him they will just need to gel and just need one big man at the trade deadline. I then ask Emily to sign and congratulate her on her Golden Globe nomination. She is nice and thanks me. I ask if they could take a picture and she said “you want both of us” and I of course I was happy for both. 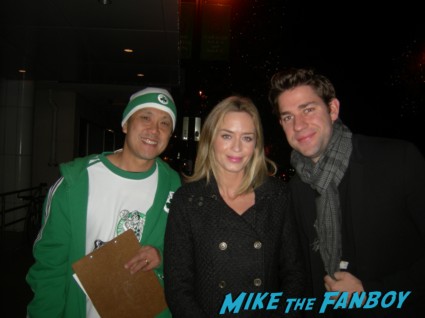 Then the twins pop out (I see them at every event I go to and they do sell it) and they ask as well. They only have stuff for John though.

8:50pm – done and on the way home to finish the rest of my xmas cards. 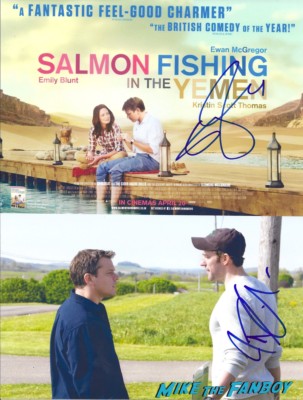