Home / NEWS / Morgan Freeman Sounds Off On Ben Affleck’s Being Cast As Batman! How Does He Think His Former Co-Star Will Do?

It seems like the entire Fanboy world is up and arms over the casting of Ben Affleck as Batman in the Man Of Steel sequel Me… I think it’ll be either..

2. People will walk out saying “He wasn’t as horrible as I thought!”

Either way, it’s not looking good. I mean… The truth is, I like Ben Affleck a lot, but if the world can see he’s miscast, maybe he should step up and go… “You know, I built up a lot of goodwill and fans with The Town and Argo, I should take a step back.”

Will that happen? Who knows. I was talking to Ace and I don’t understand why people never considered Jon Hamm for the part. I think he could do a very interesting job with the part. 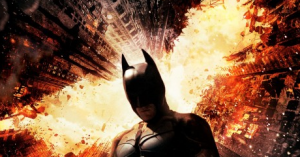 Anyway, USA Today was interviewing Morgan Freeman, who we all know was in all three Christopher Nolan films. They asked him about the Ben Affleck casting. His quote…

“This is the first I am hearing of it. My first reactions are ‘Wow’ and ‘Good luck.’”

They both acted together in Sum Of All Fears so it’s interesting to see what he thinks.
Freeman added…

“After the trilogy, I thought that no one would try it again for a few years more to let this whole thing die down. Because it’s still there. So I don’t know, I hope Ben does well.”

And would he come back as Lucius Fox?

“If the new movie does have a Lucius Fox I don’t think it’s going to be me. It doesn’t seem to work to mix characters in the movies. If you are going to change the lead character, you’re probably going to change all the characters.”