James has the luck of the Irish, even though he’s from the UK!

He headed down to the premiere of the latest Johnny Depp film Mortdecai and had some amazing luck. Johnny Depp is always great to fans at premiere’s and across the pond is no exception.

My first post of 2015, even if it isn’t actually the first event I have been to this year. I’ve got some catching up to do, that’s for sure. Anyways, last Monday saw the UK premiere of Johnny Depp‘s latest film, Mortdecai, at the Empire Leicester Square. Johnny, Paul Bettany and director David Koepp were all due to attend, so I went along for a (very) cold evening at the side of the red carpet. I arrived, met up with some friends and waited for the arrivals to start. First to arrive was, of course, Johnny Depp himself, along with girlfriend Amber Heard. Both posed for photographers, before Johnny was whisked away to start doing press interviews. 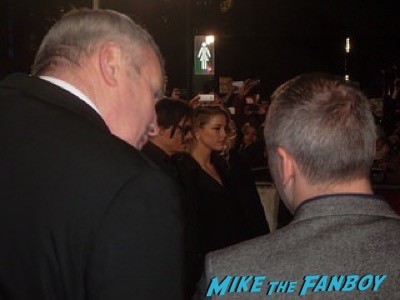 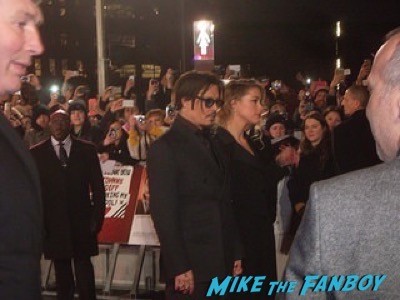 Once the two of them had finished posing for photos, we called for Amber and after a bit of persuasion she came over and signed a few autographs. She kindly signed an index card for me (with a lovely dedication), and posed for a photo too! Happy James, this alone had made my evening worthwhile! 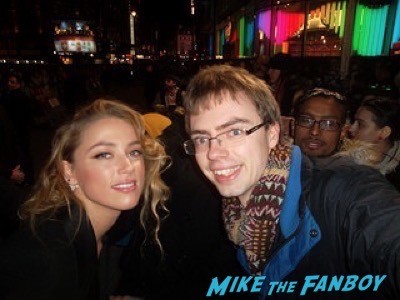 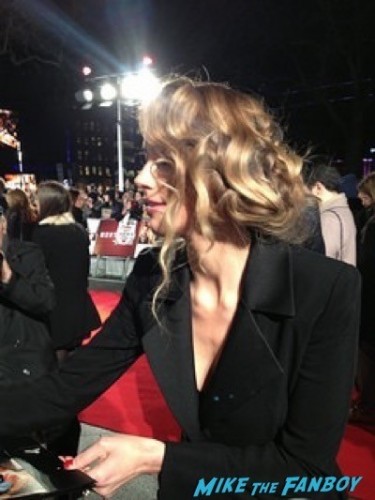 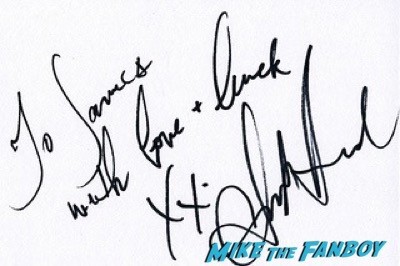 The film’s director David Koepp followed next. He happily came over to meet fans, and signed my DVD of GhostTown, already signed by Ricky Gervais. He said he was more than happy to sign anything GhostTown related as it “is his favourite film to date”. I didn’t have the guts to tell him it’s definitely not my favourite film to date….! David also signed an index card and posed for a photo with me. 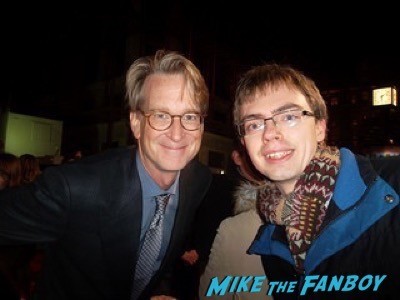 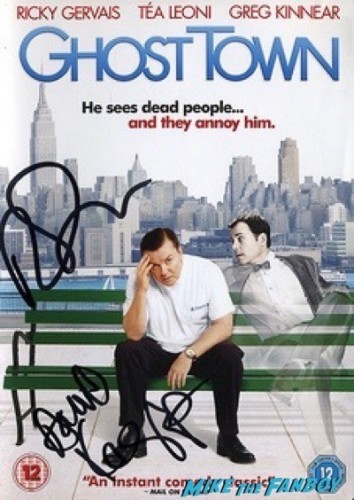 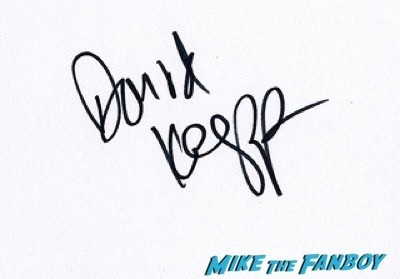 Next to come over was Master and Commander: The Far Side of the World, A Beautiful Mind, Wimbledon and Iron Man star Paul Bettany. Paul signed a fair few, although was very quiet in doing so. He signed an index card for me, and posed for a photo too. 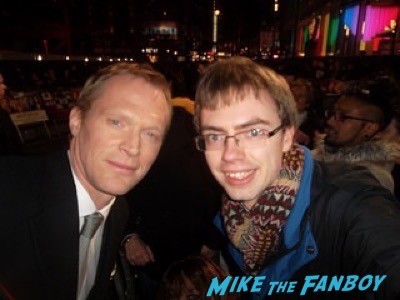 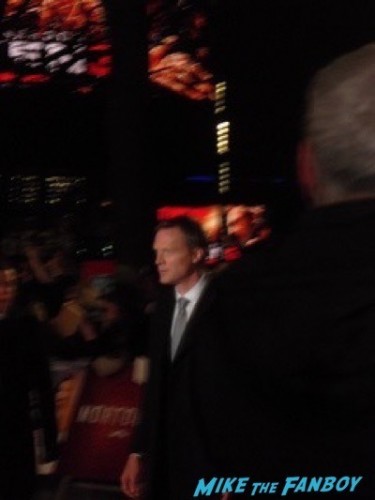 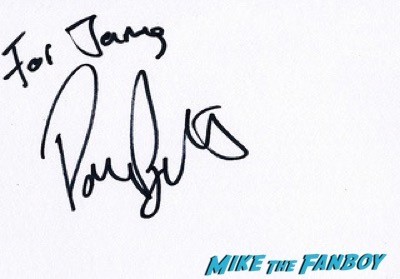 Meanwhile singer Mark Ronson, who performs on the film’s score, had arrived and was spending plenty of time signing and posing for photos. He came over to where I was and was really friendly, he signed an index card and posed for a photo with me too. I saw Mark live in October 2010, and was quite pleased to finally get to tell him how good an evening it was, which he seemed to appreciate. 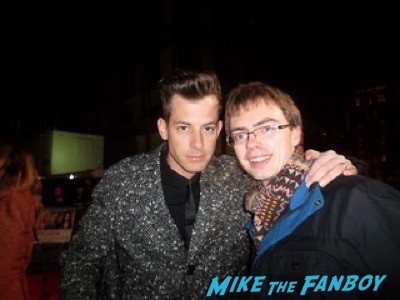 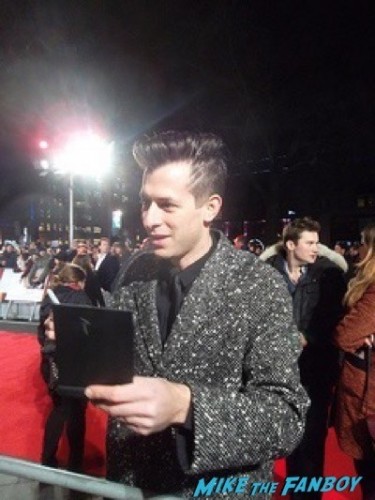 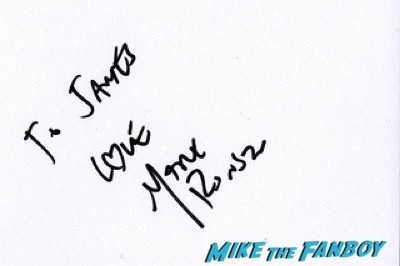 That only left one person to come back to sign, Mr Depp himself. None of us were worried that he’d not yet come this way to sign, given his pretty awesome track record (I’ve been to three premieres with Johnny at before and he has without fail signed for the entire red carpet). Sure enough, after doing all the press interviews that he had to do, Johnny started signing, starting in one very far corner and going along the entire barrier. Of course Jerry, his longstanding bodyguard (and head of the security company that run premieres here) was with him, so he was getting through quite quickly, but he was signing as many as he physically could. By the time he got to me he’d been signing for a good 20-25 minutes.

I had a Dark Shadows premiere ticket from two years ago to get signed, so put this in my autograph book and held it out for Johnny to sign. He happily signed the ticket (which Helena Bonham Carter signed last year), and also without me asking signed my autograph book too! Such a nice guy!

Since it has never done me any harm before, I held out my camera and asked Johnny if he’d quickly look up for a photo. Cue a perfectly timed photo of us both looking at the camera whilst Jerry attempts to move Johnny on. I love it! 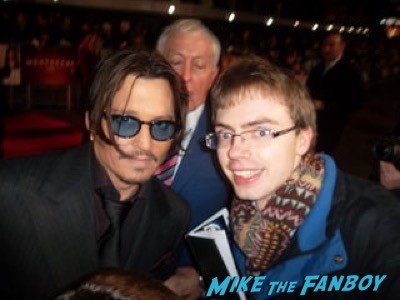 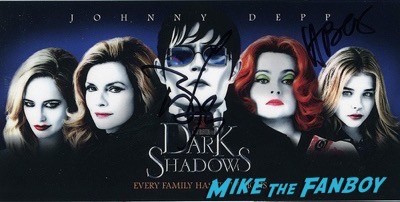 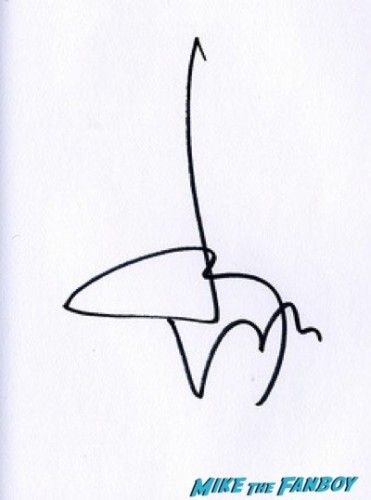 and that was that. Two autographs and a photo with Jack Sparrow, and an awesome surprise in the form of Amber Heard. It can’t really get much better than that!