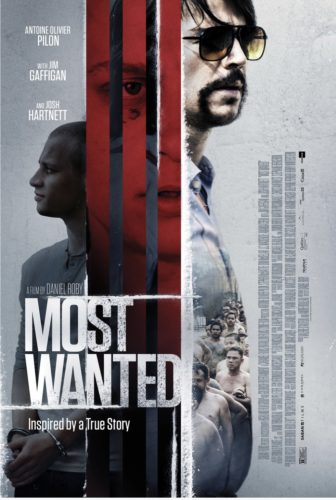 Antoine Olivier Pilon makes a magnificent turn in “Most Wanted” with Josh Harnett solidifying his second coming. The clever crime thriller thoroughly entertains and is a most excellent experience.

Ripped from the headlines, reporter Victor Malarek (Josh Hartnett) is looking for a story to save his floundering journalism career. After uncovering a highly improbable drug bust, Malarek unravels a convoluted undercover sting in a twisted Thailand operation involving Canadian cops. The dangerous drug deal leaves Daniel (Antoine Olivier Pilon) being sentenced to 100 years in a Thai prison, but can a questionable journalist’s instincts save a degenerate druggie? 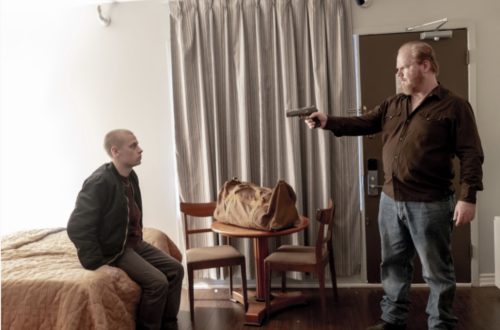 “Most Wanted” creates a charming crime thriller inspired by a terribly true story. “Most Wanted” is headlined by Antoine Olivier Pilon, who magnificently captures and embodies a low-life scumbag drug addict as the title suggests. Pilon projects desperation from the word go and his downward spiral seamlessly shifts into gear once he gets caught up in shady dealings with drug dealer/fishing “expert” Picker (Jim Gaffigan). Gaffigan is known for playing goofy guys, but the despicable double-cross definitively showcases his amazing acting abilities when allowed to balance comedy and drama. However, the turn by Josh Hartnett immediately brings me back to the early Millennium when he was one of the “It” actors. Hartnett has disappeared for what seems like years, but reinventing himself as a character actor and supporting figure fantastically highlights his immense talents. Josh Hartnett is a revelation in “Most Wanted” and one of his best performances in years!

Despite delightful turns from the main players, the slice and dice storytelling staggers and hinders the momentum. Stylized sequences sadly create terrible transitions and creative choices for the film overall despite the intriguing storyline. Considering the current climate, “Most Wanted” arrives at an auspicious time and addresses one of the most startling subjects, corruption and shadiness with law enforcement. The film is well-crafted and the suspicious story is absolutely riveting with wonderful pacing and length. 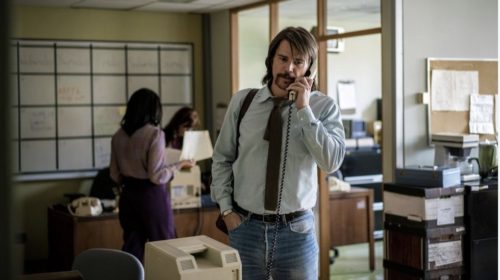 Imagine “Argo” meets “Midnight Express” with a Canadian twist depicting injustice. The smart, slick storyline delivers the goods in a familiar facet fantastically despite being told countless times before. The “real narrative” has been over-played with too many true stories, but “Most Wanted” warrants watching with a wonderful compelling cast and maintains the tension throughout. Writer and director Daniel Roby refuses to allow atrocious movie clichés to dictate the performances and actually elicits engaging performances from every performer (minus the overwrought, completely cliché grief stricken wife played by Amanda Crew). However, the same can’t be said about the style.

The tangible techniques needed to craft a compelling thriller involve complicated characters and fleshing out the motivations. The movie magnificently accomplishes this, but baffles viewers with terrible technical techniques with editing and simultaneously switching between two concurrent points of views/storylines with no indications until after dozens of minutes have passed. There’s nothing wrong with flashbacks, but at a certain point you get frustrated trying to understand what timeline the current scene is taking place. Nonetheless Josh Hartnett and Antoine Olivier Pilon perfectly entertain viewers with “Most Wanted” in the perfect thrill-ride for two hours of fun.

In Theaters and On Demand starting July 24th, 2020