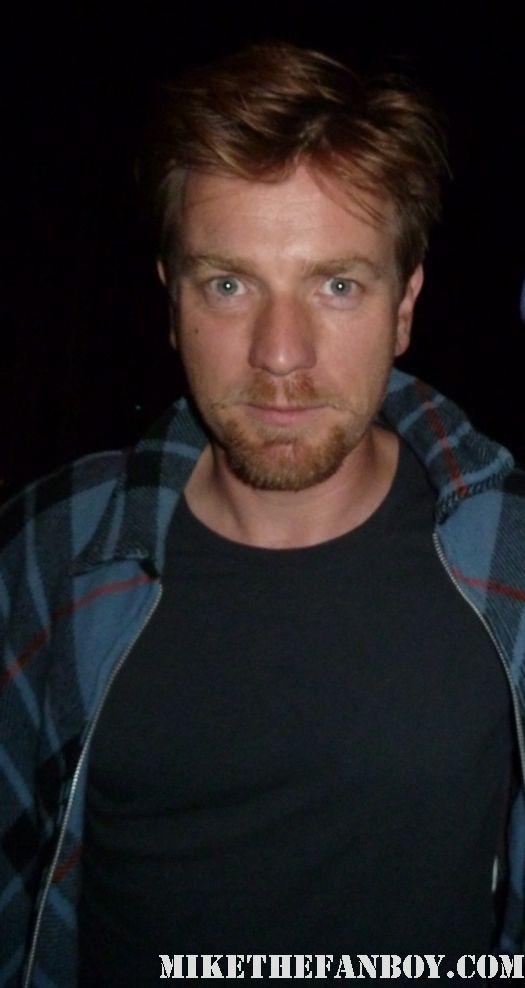 I love Ewan McGregor! I loved him in Big Fish! I loved him in Velvet Goldmine! I love him in Shallow Grave! I loved him in Trainspotting! But… Moulin Rouge… Sigh… I would be super jealous of Scott right now, but since I have my Moulin Rouge one sheet signed by Ewan McGregor and Nicole Kidman… I can rest a tad easier… Sill I would have so made it out for this except I had a prior engagement with a diva… Ms. Kylie Minogue… Sigh… Good times….

Anyway, I will let Scott revel in his joy!

Check out Scott’s full report after the jump!

Tonight Erica and I received word that Ewan McGregor would be participating in a Q & A for his upcoming film “Beginners.” We made our way to the theater with hopes to get him to sign our “Moulin Rouge” memorabilia. Say what you want about the movie (I get made fun of all the time for loving it so much), it is a visual masterpiece. It’s my opinion, and I am sticking to it.

(Editor’s Note: Who is Bagging on Moulin Rouge? Those are fighting words! M-)

Luckily, Erica enjoys the film as much as I do. We got to the theater and see that it has security at all ends. We are a little discouraged, but decide to hang out for a while. Finally we saw some people exiting and someone asked us if we were waiting to meet Ewan McGregor. We said yes, and they invited us in to catch a glimpse. 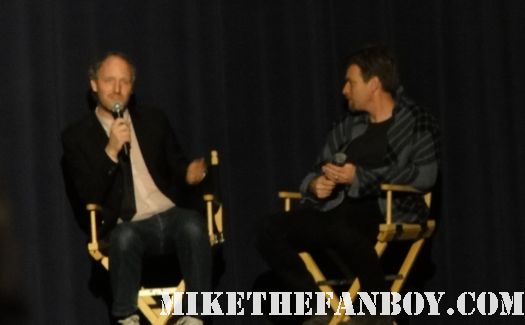 We made our way in for the last few questions. The session wrapped and people made their way down to say hello. Erica and I each had an opportunity to get a picture with Ewan McGregor.

Nobody asked for signatures, so we left our things in our bags. We exited the theater and made our way to the parking lot where other fans were waiting. We waited a few minutes and Ewan McGregor exited the building. We called for him and he graciously made his way over. 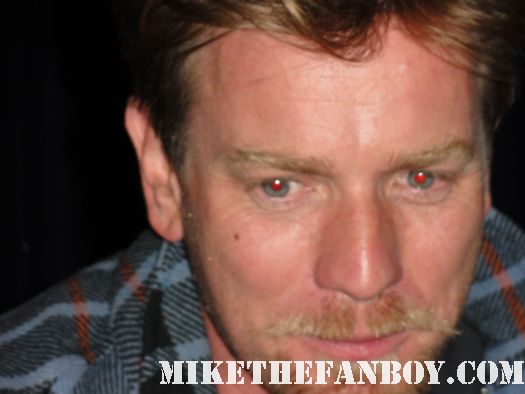 He said he would sign one item each. I asked him to switch to a silver pen for my poster. He did and it came out awesome! Thank you Ewan McGregor for making our night! 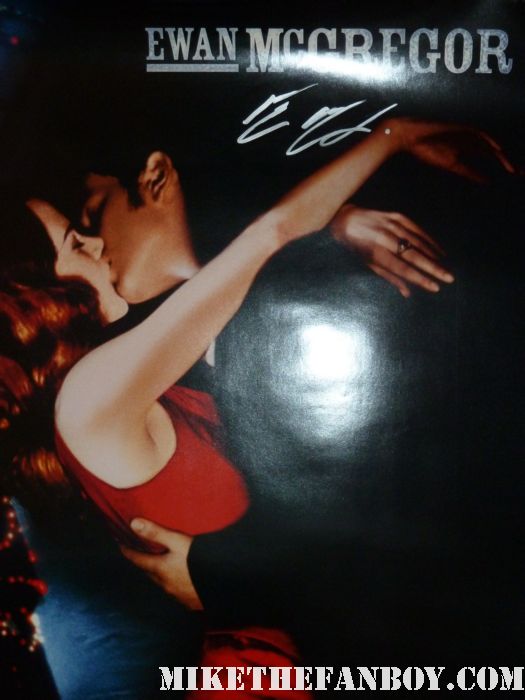