Hollywood has always had a love affair with sports. From Rocky to the Fighter, boxing movies are common due to the hardships and struggles associated with being a professional prizefighter. The noble art isn’t the only sport to make it to the silver screen, of course. If you are a lover of sports and the movie industry, you’ll find countless gripping tales on football, baseball, MMA, soccer, golf and many more.

Many of these movies use sports as a way to cover a deeper subject, such as racism, adversity and even the highs and lows of football betting. What is your favourite movie from the sports genre? Everyone has their own views on that one, but your list might be about to change, and 2021 brings a few exciting new additions. Are you ready for the next episode of the joys of sporting triumph and the painful lows of failure?

In this article, we have selected three sports movies that have been or will be released to cinema-goers in 2021. Some a1re big-budget affairs, but not all on our list, broke the bank in production. Read on for our three must-see sports movies of the year.

If you’ve seen the first one, you’ll know what to expect here, and the story isn’t too different. Is it a sequel or a remake? It’s difficult to tell when watching this one in the cinema but it’s a movie kids of all ages will enjoy, even the adults.

Michael Jordan went down a golf hole back in the day to save Bugs Bunny and the toons. Now it’s the job of LeBron James to help them out. This movie is made for the digital age children, so there are no players sucked down holes. It’s all very modern and cutting edge but with a real sense of fun.

Is it a sports movie? Not in the traditional sense, but we think it certainly falls into the category, and we have to admit we loved every last minute of it. If you are anything like this writer, you will take the kids, but really you’re out to recapture a little bit of your childhood. Go see it with the family. You won’t be sorry. 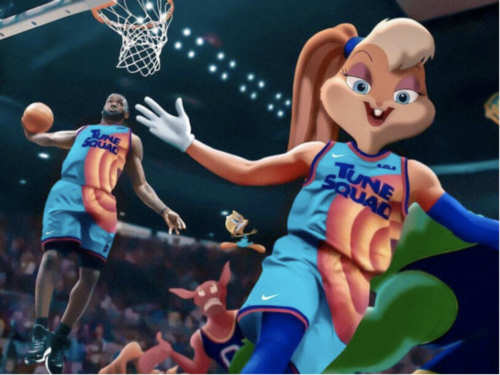 “Space Jam: A New Legacy” by Getty is licensed under CC BY 3.0

This movie received rave reviews when it was released to cinemas worldwide in May of this year. The one major stumbling block was it came when many cities were still in the grip of the COVID-19 enforced lockdowns, including London, or the numbers would have been far greater and the revenue more impressive than it was.

American Fighter tells the tale of an American college wrestler who is so desperate for cash to help his ill mother that he is forced into the murky depths of underground fighting. He has the determination and will to win, knowing he is quite literally fighting for his mother’s life. Raw aggression will only get you so far in the professional fight game, and it’s no different on the unlicensed circuit, so it comes as no surprise the main character, Ali, takes a bit of a heavy beating.

A trainer with his own problems doesn’t exactly see potential in Ali, more he takes pity on the boy and agrees to help him. He has the experience to train a winner and understanding the laws of the underground much better than Ali, but will that be enough to ensure he becomes a star fighter and makes the kind of cash needed for his mother? Watch the movie to find out but be warned. 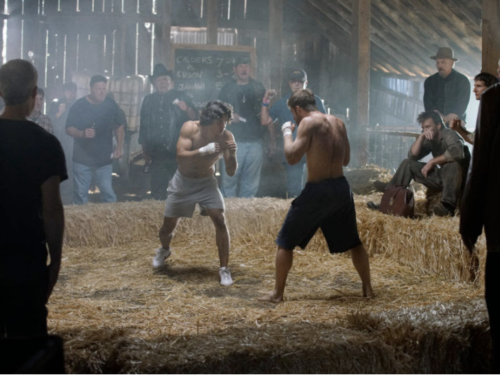 “American Fighter” by ESX Entertainment is licensed under CC BY 3.0

Many scripts that emerge from Holywood are passionate, gritty and gripping, but in most cases, there’s nothing quite as strange as real-life rags to riches tale. As the old saying goes, fact is stranger than fiction, and that proverb can certainly be attached to this movie.

12 Mighty Orphans was released in the summer of 2021 and charts the rise of an orphanage football team set up during the great depression who played without shoes and often without a football. Despite their hardships, Mighty Mites defied the odds and went all the way to play for the Texas State Championships.

Is this a feel-good sports movie? Don’t bank on it, but it will leave you feeling like a changed person with love for what this team achieved.

Tweet Pin It
Tags:Movies sports fans can look forward to in 2021!