Mr. Robot is one of the best shows on television. I really love the show and if you haven’t checked it out I highly suggest you doing so! It’s such an interesting show full of twists some that you see coming and some that you are blown away by. 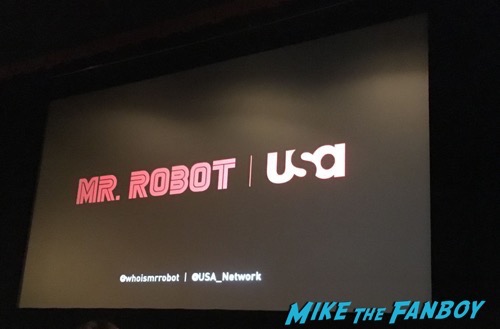 I was invited to a q and a followed by a reception with the cast. Awesome Anushika joined me on my adventure. 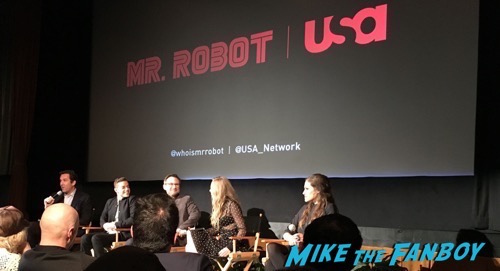 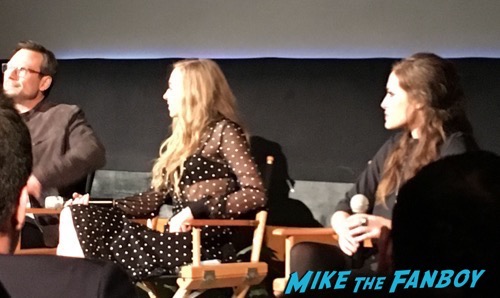 We were treated to a screening which was followed by a q and a. The q and a was really good and really delved into the history of the series and how it got started. 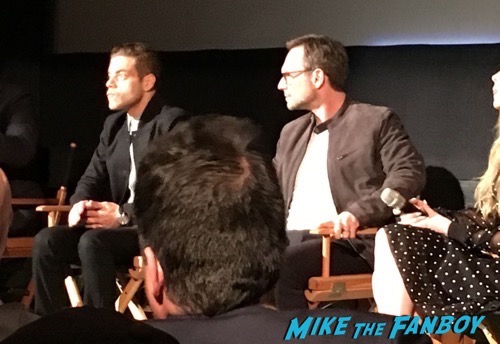 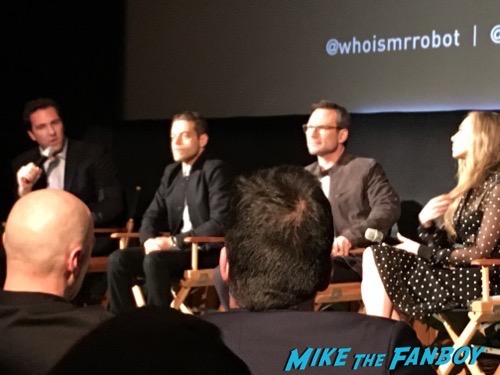 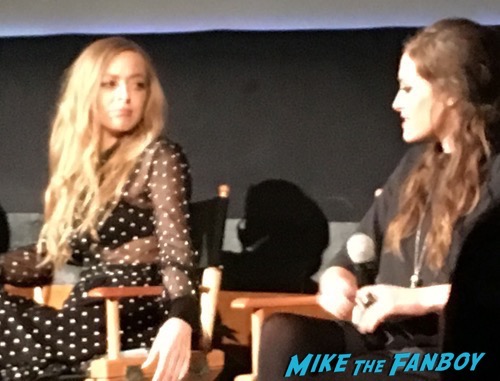 The cast talked about how creator Sam Esmail has the full game plan for the series and how he has it completely plotted out. 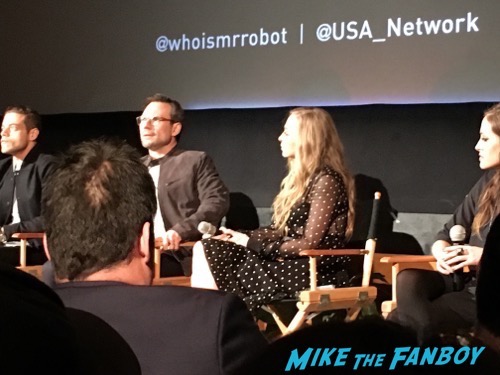 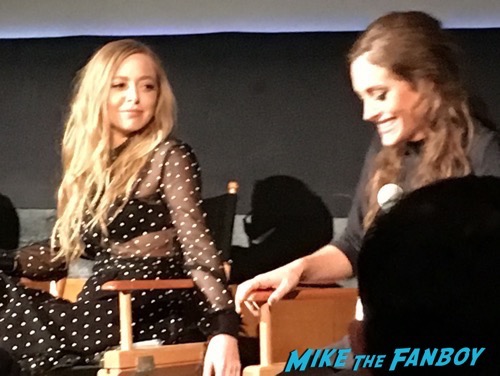 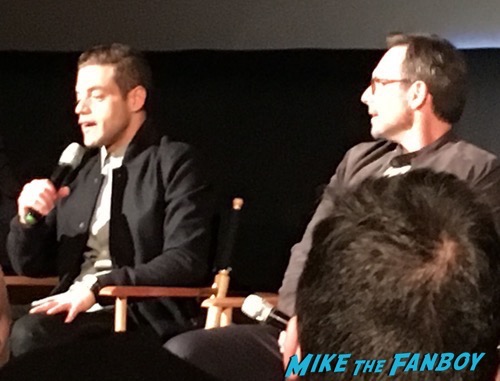 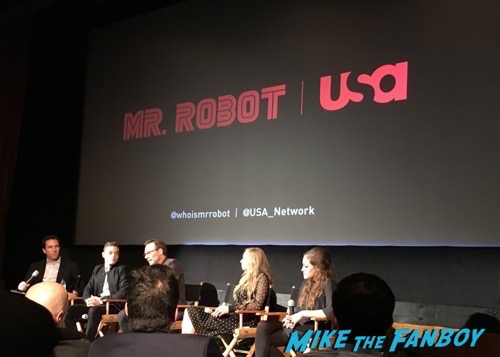 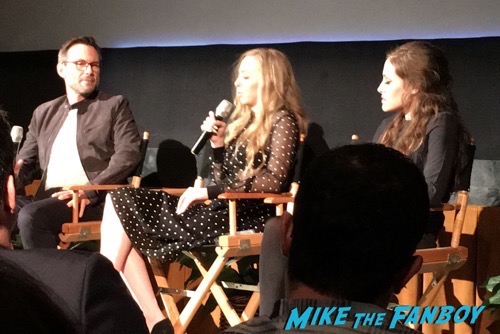 Christian Slater talked about how long he knew about the big reveal in the series and how he planned for it.

Talk turned to the finale and how it was delayed due to the sensitive nature and what happened on the series. 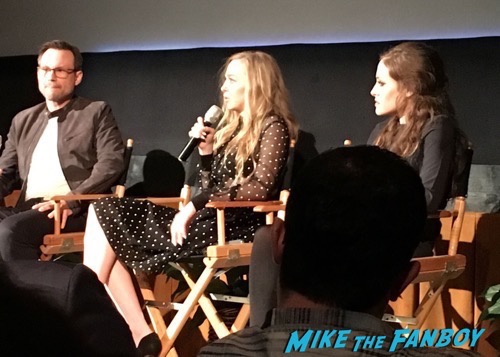 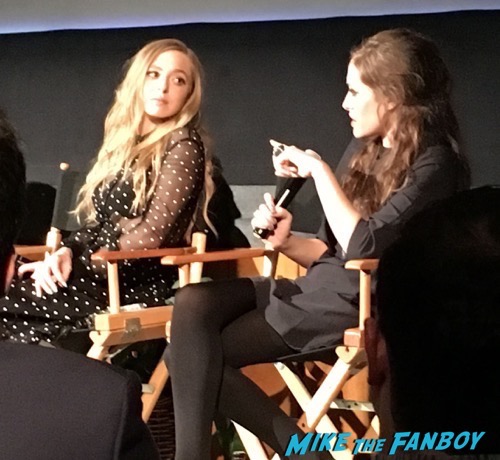 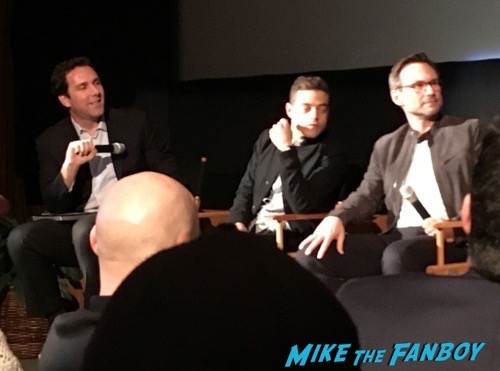 After the panel the cast mingled with everyone there. Anushika and I actually got to chat with Portia and Carly for a while about the show and how crazy the finale was.

They both were super nice and they signed my posters I brought with me to the event.

Christian Slater was dashing out but signed a couple things for me and I got Rami Malek to sign but he did say, “Are you selling this?” lol.

After the panel the entire cast came down to the reception and we mingled and chatted. Portia Doubleday insisted on posing with her good side as we both did photos, and Christian Slater was cornered by a very enthusiastic fan who was in attendance. 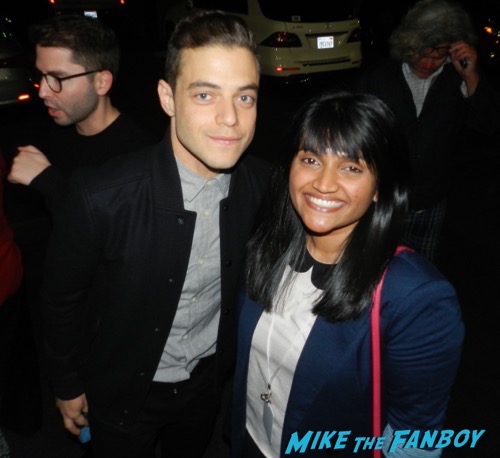 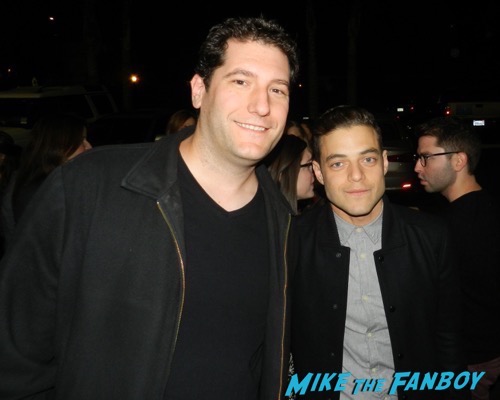 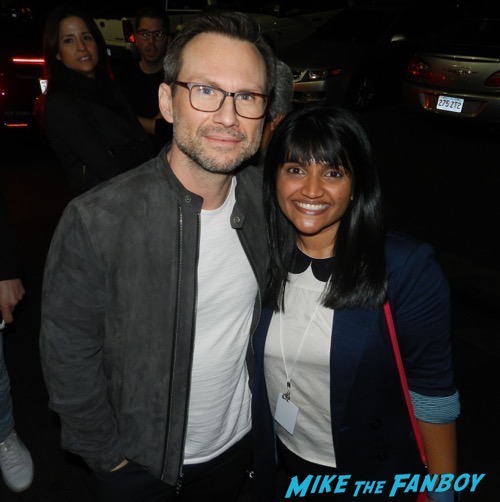 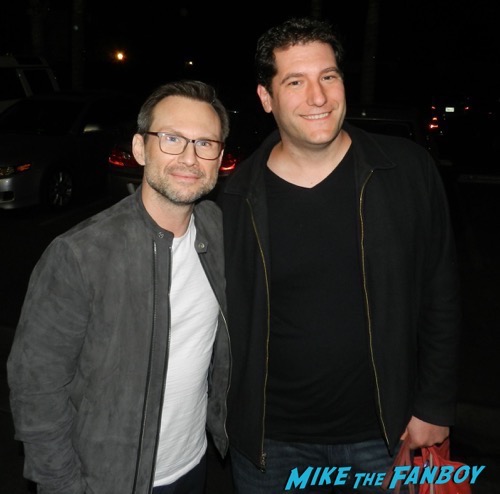 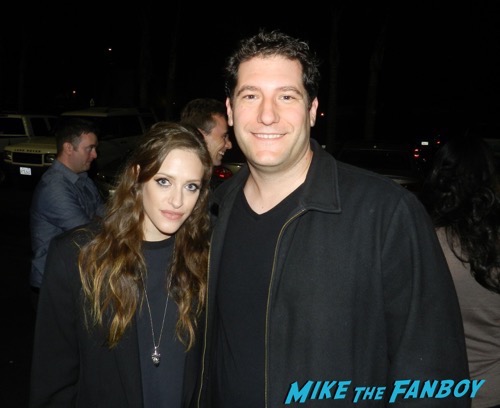 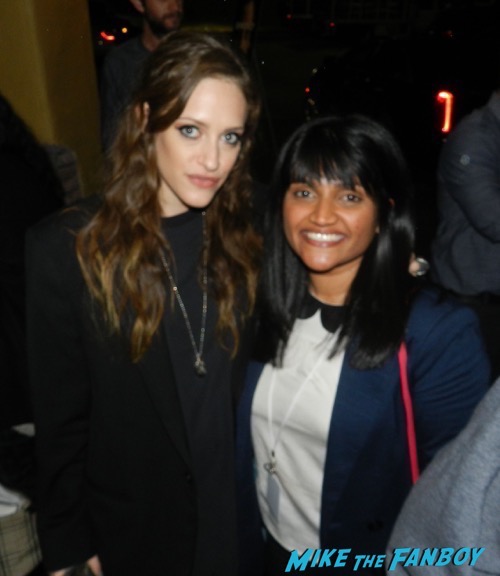 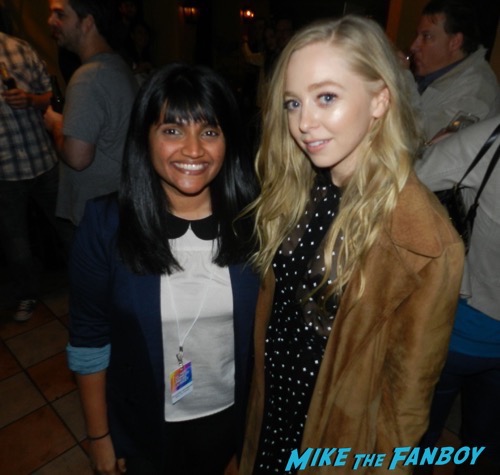 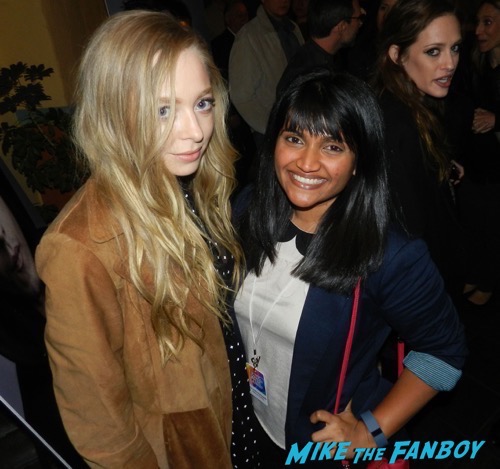 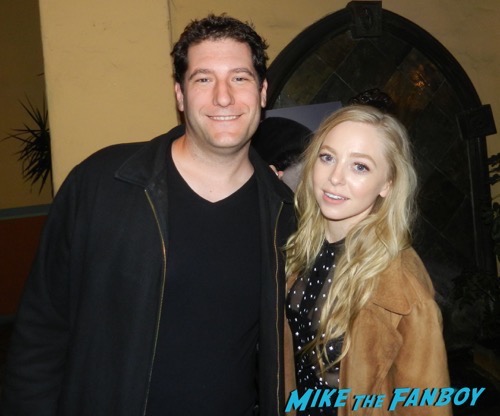 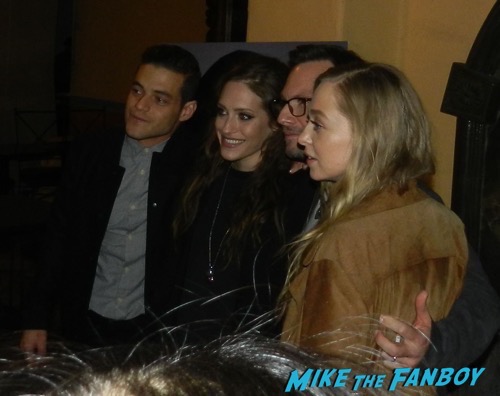 It was a really fun night and I’m really glad Anushika is a fan of the series and came with me. I heart her! 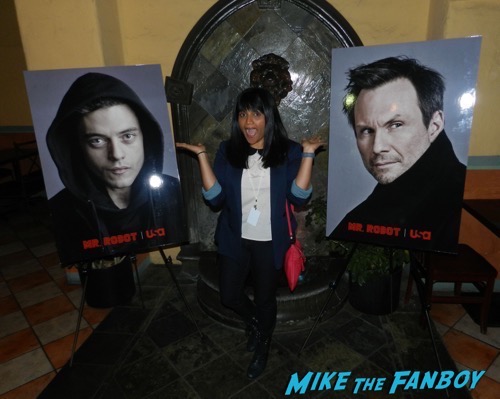 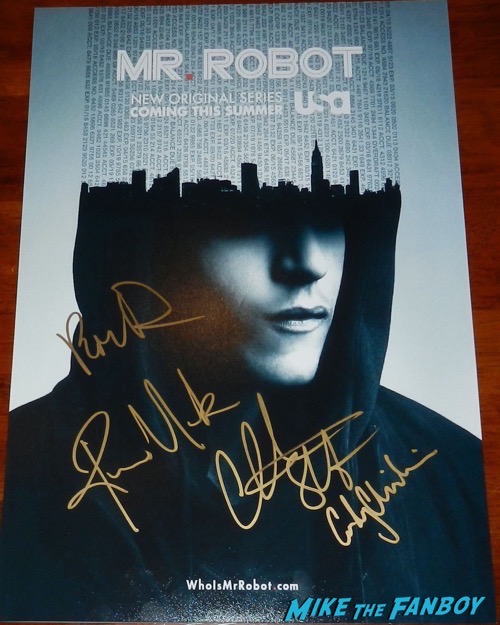 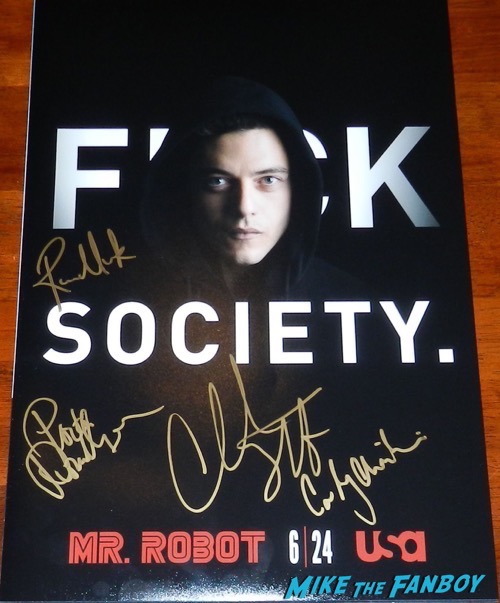