It’s just another Manic… Oh wait… It is Monday!

So tonight, I headed out to a q and a with the cast of The Marvelous Mrs. Maisel. One of my favorite shows.

l headed out with Lisa-Lisa and while we were settling in, they made an announcement that the cast had to leave… So, I waited a few minutes and decided to leave and see if I can catch the cast outside.

I missed a few people going in, including Rachel Brosnahan, but I did get Caroline Aaron. She was very nice.

We waited and waited. Went from one exit to the other. This was a lot of aggravation for a cast who is fairly nice.

On the way out, Rachel Brosnahan was adorable! She came right on over. She signed my season 3 poster and my promo Emmy DVD. She was so nice.

Joel Johnstone and Matilda Sydagis came over as well and were very nice.

Kevin Pollak scribbled a couple and ran to the car.

Marin Hinkle was really sweet as usual and was happy to sign.

Jane Lynch didn’t give anyone the time of day.

But when Tony Shalhoub came out he was nice enough to sign.

He signed my poster very nice.

So, while it was a long night, And I didn’t get photos, it was a good night. 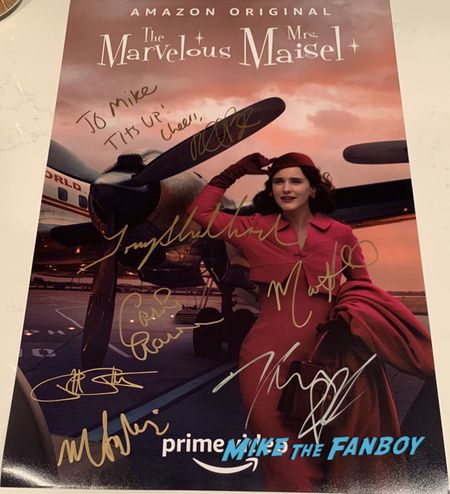 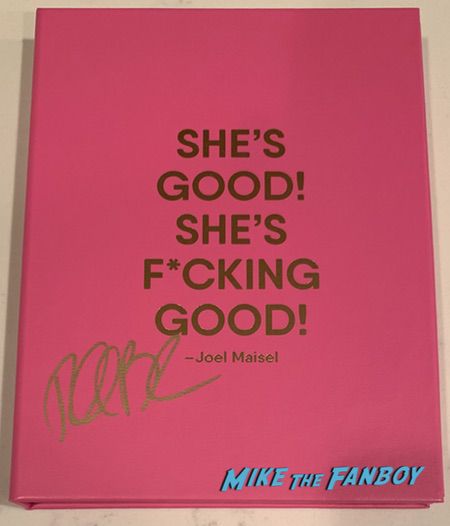