It’s contest time! The fine folks at Disney have given us a couple copies of John Carter or as I like to call it John Carter Goes To Mars on Blu Ray to give out to you all!

It’s coming to Blu Ray June 5th! But you can win a copy right here on MTF!

Can I get a whoooo Hoooooooo… Honestly, I really liked John Carter, I’ll have a review of the Blu Ray coming up soon, but I figure I would get this up for you guys so you can enter ASAP!

As a warrior lost on Earth, John Carter is magically transported to Mars, where the fate of the planet and its people ultimately rest in his hands. With surprising new powers, and epic battles, he rises to become the man he is meant to be and the hero he truly is.

From Academy Award®-winning filmmaker Andrew Stanton (Best Animated Film, WALL•E, 2008) “John Carter” is a sweeping action-adventure set on the mysterious and exotic planet of Barsoom (Mars). John Carter is a war-weary, former military captain who’s inexplicably transported to Mars and reluctantly becomes embroiled in an epic conflict. It’s a world on the brink of collapse, and Carter rediscovers his humanity when he realizes the survival of Barsoom and its people rests in his hands. Stunning special effects, great characters and villains — and complete with extraordinary bonus features — “John Carter” is a heroic and inspirational adventure that will thrill audiences beyond imagination.

So.. I know you want to win and here’s what you have to do!

Just let me know what is your favorite “epic” Movie and why. Nothing too wordy, just brief! 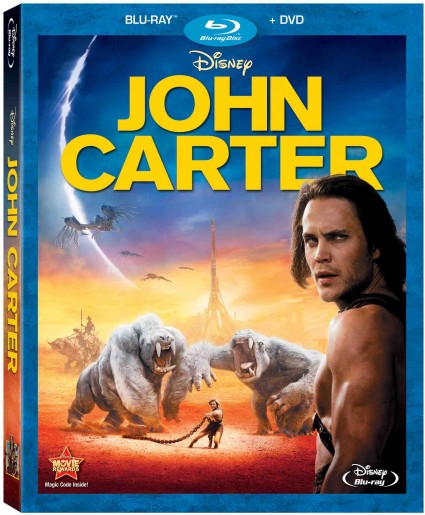