Just when you thought he was gone… I get a one shot write up from CB in my hot little inbox! CB is a huge fan of Sons of Anarchy and wanted to share his latest experience on the set. He has met most of the cast before and this time was able to meet both Tommy Flanagan and Charlie Hunnam! Nice!

Deh-shay, bah-sah-rah, Deh-shay bah-sah-rah! LET THE GAMES BEGIN! Lets just start by saying I’m not coming back anytime soon. I told Mike, this was a one time deal because I love writing about my encounters with any cast members of SOA!

So, now, let me just tell everyone again, I love SOA! It is the best show on television, PERIOD! Everything is amazing and the whole cast is AMAZING to fans. I’m not saying like they are okay, I mean SUPER DUPER nice! So, its my great pleasure to always promote the show and get more people into it. So, tune in on FX for season 5 and Season 4 will be out on DVD soon. I believe Netflix is currently streaming SOA, if not demand NETFLIX to stream SOA again. Charlie Hunnam has two movies coming out this year, Pacific Rim and DeadFall. Tommy Flanagan is so cool you wish he was your dad. Tommy will be in a new movie this year called Officer Down. Kurt Sutter @sutterink on twitter is the greatest thing ever. The man is a genuis and absolutely hysterical. Ron has a movie coming out this year with Charlie called Frankie Goes Boom, go see it! I can go on and on, but lets get to the write up.

I get a tip that SOA was filming near by. I love the show and have met the cast several times over, but there are a few people I really need to finish some stuff off. One of the main people I needed was Tommy Flanagan because he is the last person I need on my main cast poster. So proceeded to go to the set and just hang out. I get to set and find out that its only Charlie and Tommy on set, and I’m kinda like, “WOOHOO”. because I needed Tommy and Charlie is so nice. I just hang out and when i spot them, they come over.

First one to sign for me was Tommy and I got him on my helmet that currently has Ron, Maggie and Charlie. I get him to shout out my friends over at Chibs Casting Couch as well ! 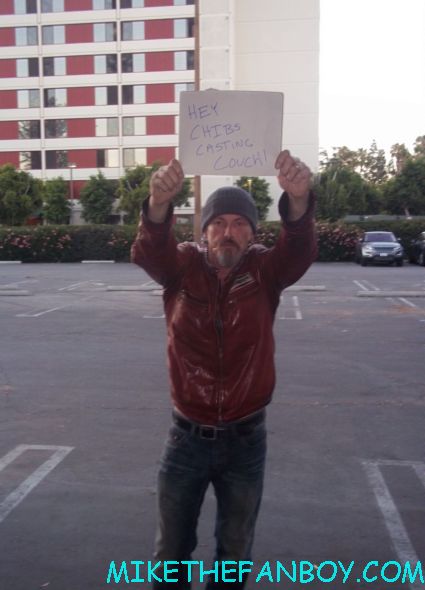 I didn’t get him on my posters, but there will be a next time. Then the next person I see is Charlie and he says, “I’ll come right over”. 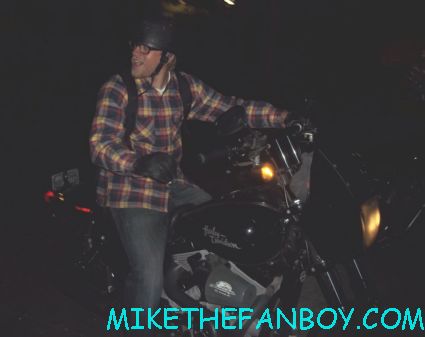 True to his word, he comes out, parks his bike and takes a photo with me and signs my stuff. 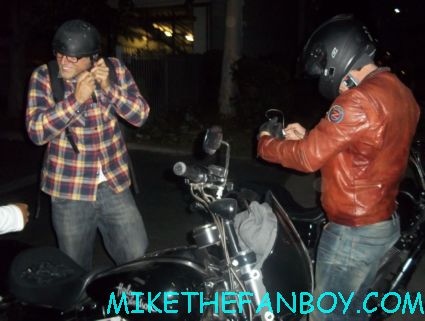 This guy got off his bike, took off his helmet and talked to me for a good solid five minutes and treated me like his good friend. 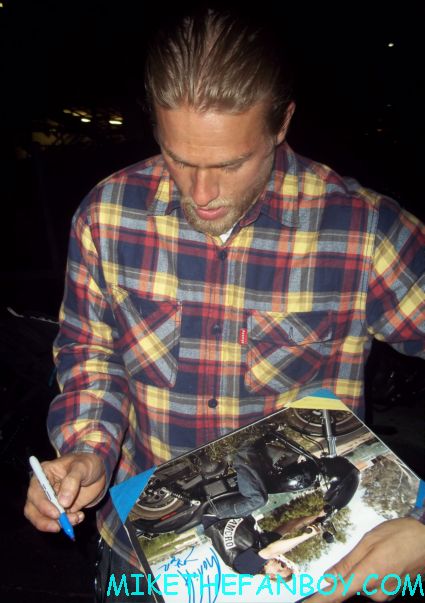 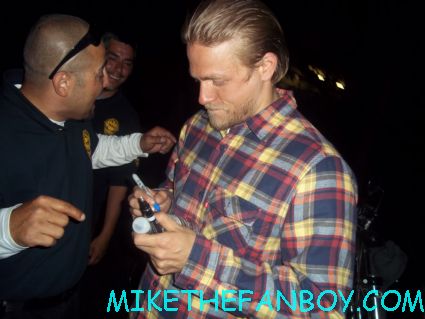 I ask him if Harley Davidson gave him a free Dyna, which he replies, “F*** No, but they gave it to me at cost.” 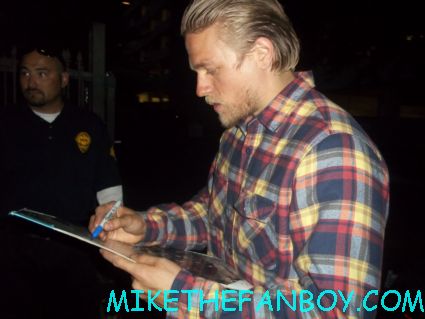 Now, this is where it gets great. Tommy is driving by waiting for Charlie, and Charlie flags him down and tells him to come over and sign my stuff. So Tommy comes over and signs the two posters and then takes a photo with me. I’m just in amazement on how nice these guys are. I thank them for their time and leave extremely happy.

I love my finished poster. Has all the members, Gemma, Tara, Lyla, Happy, Alvarez, Otto (Kurt), and Ima. I’m done with it and framing it and never going to risk taking it out anymore. 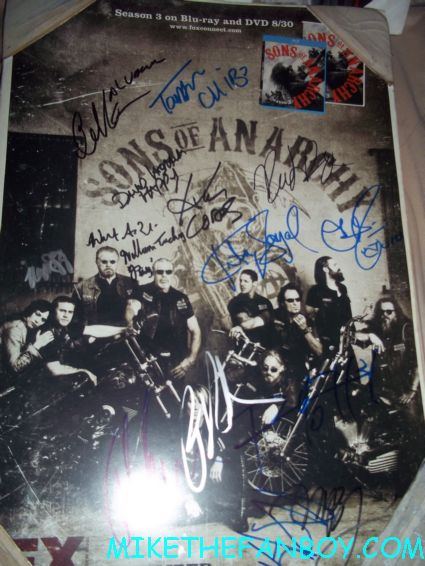 I hope everyone who is a fan of the show, gets more people into the show. I want everyone to tell a friend about it so they get hooked on it as well. The cast is so nice to fans they deserve all the praise and accolades they receive. 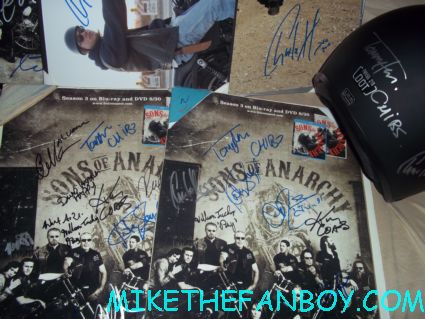 For further SOA information, i would recommend you visit my friends at www.sons-of-anarchy.net and Chibs Casting Couch. They are both run by great people and die hard fans. Take care everyone. 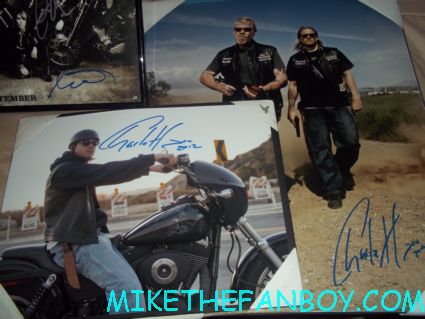