So, since I just posted an awesome contest to win a Weeds season 8 promo poster I wanted to make sure I got this report up from the set of Weeds season 8! One awesome thing about living in the city of angels is that television shows film here all the time. One being Weeds which as you all know I love!

I’ve tried to make it down to where Weeds was filming at least once a season. I did it for season 6, and then season 7 and now season 8.

Fellow Weeds fan, Chris was already scoping the scene by the time I got there. Now, this season of Weeds takes place back in the suburbs which I love BTW… So, the production was using a the American Legion hall as what I can only assume was standing in for a courthouse or something in the new season. 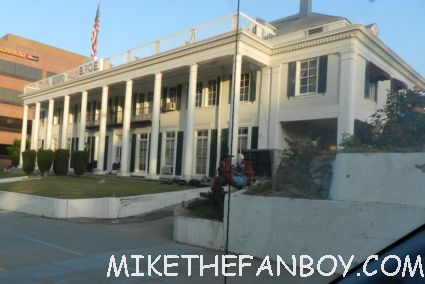 Lindsay, from I’m Not A Stalker was going to come as well, but sadly she couldn’t make it. She did mention that this particular location was tough to see any actual filming take place. Doh! I believe that it’s an American Legion hall, and it’s located in the deep dark recesses of Pasadena. LOL…

There were lots of trailers around however, so it looked like a big shoot, but that can also be deceiving… Who knows… Right?

We only saw about two star trailers however… 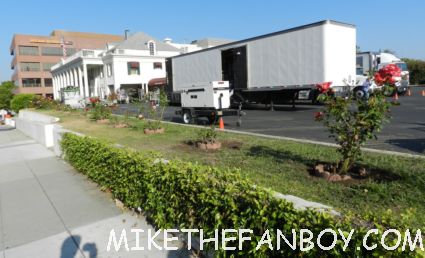 Kevin in walking to set and is on the phone, Chris and I waved and Kevin waved back as he was walking. Clearly, we’re not going to bother him as he’s about to go film.

I have to be honest, I love getting photos with actors when they are dressed in character. And even though a pink dress shirt isn’t synonymous with… Wow, you got a photo with Doug Wilson from Weeds, I know it is, and since Weeds is one of my favorite shows that’s always cool for me. 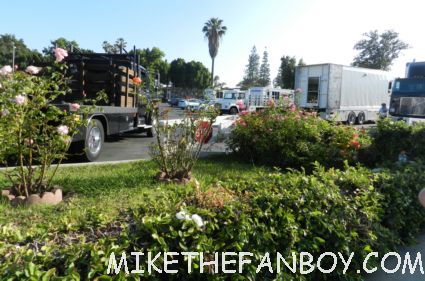 Oh, I think Kevin Nealon is done and is leaving. We called out for him and Kevin walks right on over. Such a nice guy. I’ve met Kevin a couple times and he’s always been really gracious with fans.

Kevin said, “I could barely hear you guys!” I told him I was sad that Weeds was ending. He said, “Yeah, but we’ve had a good run. Eight year you know…” How can you argue with that right? Seriously, eight years of a show is a really good run. Kevin signed my Weeds season 6 promo mini poster and a photo for Chris as well.

We both then got photos with him, of course it was cool that he was actually dressed like Doug Wilson, lol… I know.. I’m a dork. What can I say. I admit it! 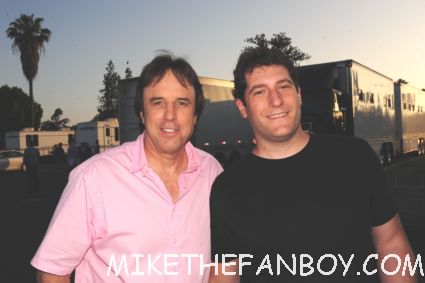 Sadly, Kevin was the only cast member on the set that day. I’m still dying to meet Alexander Gould who has eluded me for years… Grumble! Ah well…

This was a nice fun short day and with the limited opportunity to meet any cast members from Weeds since the show is ending I’m very fortunate.

Oh, and thanks to Chris for taking and sending me the pic of Kevin Nealon and for scoping out the scene before I got there! 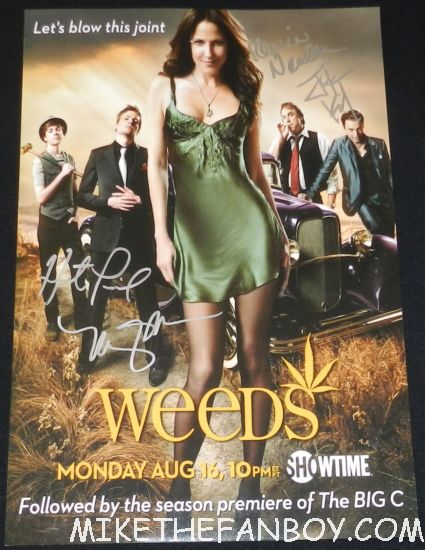