Home / MTF Rant • Pretty In Pinky / MTF Rant! Refusing To Do Photos At A Con? Say Wha? Pinky Gets Dissed By Judge Reinhold Even When Paying! Seriously?

Everyone has difference experiences with people and let’s face it, celebrities are people too. But when you go to a con or something like the Hollywood Show, it’s fairly standard to be able to get a photo with a celebrity attending. You might have to pay for a professional photo, or buy an autograph, but taking photos with fans is one of the reasons you’re there.

Pinky went to the most recent Hollywood Show and had… A more than interesting encounter with Judge Reinhold. I’ll let her tell you all about it, but suffice it to say, it’s just odd!

Plus, we have a fun blind item about a celebrity who used to be nice and now… just wants to “live his life.” ouch!

Check out the MTF Rant below!

Hello, my lovelies. Pinky Lovejoy-Coogan here rather pissed off. I’d say disappointed, but, really, it’s a lot more than that. I realize that celebrities are people too and blah blah blah, but you know what? I’m married to one. I see how he treats his fans and it’s a hell of a lot better than most do. So, maybe I expect too much, I don’t know. In the past month I’ve had two encounters that left me speechless. 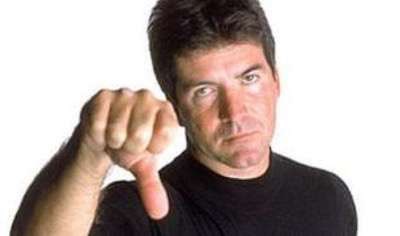 The first happened during Emmys week. Now, last year, I met this celebrity for the very first time (let’s call him Al) at the pre-Emmys party. He was SO freaking nice. Like, over the top nice. When we thanked him for being so great to the fans, he was like, “Of course! That’s my job! That’s how it should be!” I don’t know why I’m not comfortable calling out his name, but for some reason I’m not (but he’s currently on two very popular shows). In January, I saw Al again at a Golden Globes party and he was already changing. He waved when we called, but he didn’t come over. Nope, too cool (please note most people at the party came over that night, so it was really odd that he didn’t). Throughout the year, I’ve heard he’s not that nice anymore, but I was hoping he was just having some off days (as everyone can). And, of course, as I’ve always acknowledged, no one owes anyone anything. He doesn’t have to take a picture with fans. We won’t die. And I already have a great picture with him, so this doesn’t really even concern me one way or the other except that I hate seeing celebs ”going to the dark side.” Still, he’s a cool guy and I’m a huge fan of both shows he’s on, so when he’s out, it’s fun to see him. So, at the pre-Emmy party this year (the same one where he was awesome last year), he ignored the fans. At two separate parties. Didn’t even wave. But at the actual Emmy awards, I saw him inside the event. When I asked him for a picture, he was back to being his usual cool self. Yay, right? So, I took the opportunity to let him know that the fan community was a bit disappointed that he wasn’t really nice anymore. Now, I don’t know why I felt the need to be the “reporter” of the fan community, but I saw a chance and I took it. Maybe I should have shut my mouth. I wish I would have. Because his reply was, “At some point, I just need to live my life.” And I wish I’d never heard that. Of course he should have a life and of course he doesn’t need to be on 24/hours a day, but he said it in such a dicky way, that it ruffled my feathers. 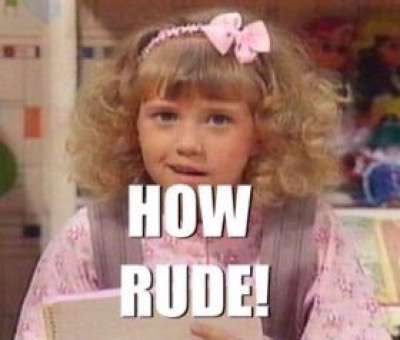 This past weekend, I went to the Hollywood Show. Although there were other people I was excited to see, a last minute addition to the line-up this week was Judge Reinhold. As an ‘80s connoisseur, you can imagine how this would make my heart soar. I LOVE Judge Reinhold and had never seen him in person. I had no idea what he’d be like. Shortly after arriving, we saw him walk by and I noticed he seemed rather, well, plastic. Has he had work done? I don’t care either way, but he looked fine the way he was before. 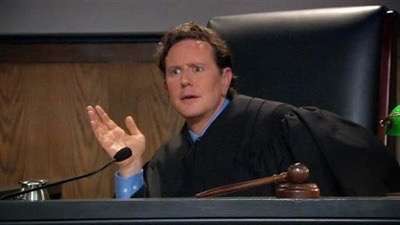 He also seemed a bit standoffish, but I couldn’t be sure. Then I saw a friend who said Judge wasn’t doing pictures at the table. What now? No pictures? The only time I’ve ever seen anyone not do pictures at a show was when they were gunning for the professional pictures and only doing those. Fine, if that’s what he wants, I’d buy a professional picture. Not my dream, but whatever. 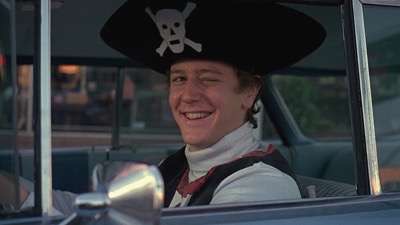 So, I went out to the lobby to see when/if Judge was doing a professional photo opp and they said he was scheduled for 3:05. When I asked how much it was, they sent me to a different table. Joy. So, I went to the other table and was waiting and waiting and waiting when someone says he’s not doing a picture at all. What?! I didn’t understand. At the same time, I turn around and there Judge was posing with some guy who was fanboying out all over him. I’d never seen the guy before, but I can assure you he was not with the show. So, as soon as he’s done taking the picture, I ask if I can get a picture with him. Judge went deaf and walked away from me like I didn’t even exist, but his wife said, “He doesn’t do pictures.” I said, “Um, I just watched him take one.” And her reply was, “Well, he was with the show.” NO, HE WASN’T. And even if he was, why does that matter? Why would some worker be any more of a fan than an actual, well, fan, who went there to meet Judge??!!? Was I supposed to make up some lie in order to get a picture? I mean, it worked for that guy. Again, he doesn’t have to take a picture with me. He doesn’t have to do anything he doesn’t want to do, but why go to the show at all if he was going to be odd to fans, barely at his table, and not doing pictures?!?! Just don’t go. And why be inconsistent about it? If you’re not taking pictures, then DON’T TAKE PICTURES. 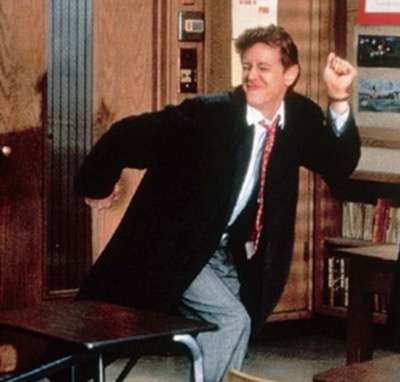 When I asked the show about the pictures, they said he was very private about his online presence. Um….OK. So, then Judge went to the Hollywood Film Awards last night and happily posed for pictures on the red carpet – what sense does that make? Again, he doesn’t have to do anything, but he also doesn’t need to be rude or inconsistent. I don’t even want the picture now. I would’ve paid a ridiculous price for it to begin with, but I don’t even want to see a picture of him at this point, let alone be in one with him. The whole experience left me with a really bad taste in my mouth.

Thanks for letting me vent. I just had to get it off my chest.