Home / MTF Rant / MTF Rant! Why I Hate Silver Sharpies! Why For The Love Of God Can’t Someone Make A Good Silver Marker! Why Lord? WHY!

Okay, I’m going to go on a random tangent. I know you’re shocked! What? Mike on a ripping tangent. Yep, it’s going to happen.

I’m here enjoying my happy holiday season, when I go into the local supersaver store and I look at the Sharpies. Now, I do this all the time, simply because 1. I’m obsessed with good markers and 2. When my Mom says load up on stocking stuffer my Spidey Sense starts tingling and the silver sharpies get piled up!

And that’s the problem… I must go through 150 silver sharpies a year! And now that I’m staring at a pile of 20 silver sharpies I’m thinking to myself… Why the hell can’t Sharpie make a decent silver or metallic marker!

And guys weigh in on this… How many items looks like shit or have been ruined because your marker dies at the last minute! And the worst is clearly the silver marker! It plagues me!

Why Sharpie? Why? Or anyone in fact. Seriously! How many pen manufacturers are out there? And none… And I mean none make a decent silver marker that doesn’t dry out after 10 seconds.

Let’s run them down shall we?

1. SRX Silver markers – You could get these at Target but now suddenly they have disappeared. Gone… They were decent, if you could get them. I mean you had to drop five bucks on a multi-colored metallic pen set but shit at least you got a marker that worked! Mine have all bit the dust (one thanks to Russell Brand signing a wall… Thanks Russell!?!) Sigh… Anyone need a metallic lime green SRX pen? I have five…

2. Pen Tech – They took over for SRX and again you can only buy them in a five or six pack. I’ve tried them out and well… Let’s just say I’m still waiting for them to dry. If you touch them, smears… Total crap. Throw them away. (And no, CB I am not giving you any of these crappy pens)

3. Deco Color Markers – I honestly like Deco color markers but with the silver it smears really fast. Plus, like all Deco Markers they are super finicky. If you don’t change the tip and check them right before you get something signed chances are if will be dry. Doh! 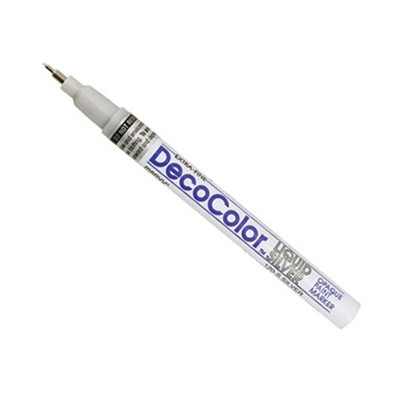 4. Sharpie Paint Pens – Again, I’ve had a lot of success with these and a lot of failures. I’m the kind of person who will toss a marker even if it costs 4 bucks each if they suck. The colored paint pens I’ve had more success with but with the silver in particular it’s only good for one or two if it’s primed correctly and it dies a horrible death. You have to have the oil based markers FYI. The purple and pink do look awesome when everything comes together perfectly. 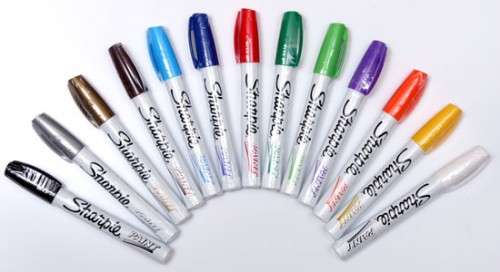 5. Finally this brings us to the silver sharpie. I know they have changed their pens recently and have now included gold and copper. I like them much much better. First though, you still have to prime the tip and even though they last a lot longer than the older silver sharpies, they still die after 10-15 autographs max. Plus if they are not primed the marker is super thin. That goes with most sharpie’s though, black or blue. It’s so irritating. I see a silver sharpie at an event and want to grab people and say, “is this primed? Is that a good pen!” 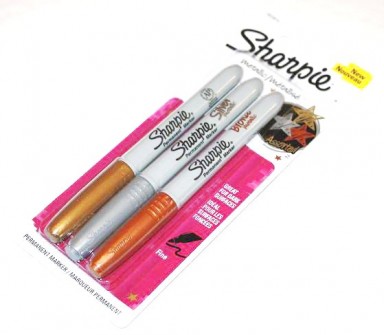 I sound crazy, I know. My family is making fun of me as I write this, but it’s true. Silver sharpies are going to be the death of me!

I don’t think there are any other silver makers to use? Is anyone with me on this, or am I insane… Or both! LOL…. 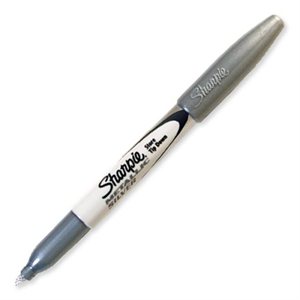