MTF Reviewer Scott is a huge Halloween fan, he loves fall, he loves spooky nights, so it was only natural that he took R. L. Stine’s The Haunting Hour a spin!

The Haunting Hour has two volumes of spooky family adventures just in time for Halloween! R.L. Stine’s The Haunting Hour: The Series currently airs on Saturdays at 5 and 5:30 p.m. (ET) on The Hub TV Network, a television destination for kids and their families. The popular children’s anthology series recently received seven 2012 Daytime Emmy® Award nominations from the National Academy of Television Arts & Sciences.

Check out Scott’s review after the jump!

I’m not familiar with R.L. Stine’s beloved “Goosebumps” series so I wasn’t sure what to expect with his newest creation: “The Haunting Hour The Series”. I am not a fan of horror. Jason, Freddy, and The Walking Dead are not amongst my DVD collection. I am not a fan of gore, guts, and murder..However- on this gloomy LA day, I found myself sucked into the world Stine has created. In Stine’s world the hero is always a child, there is always a lesson to be learned, and most stories do not necessarily end happily-ever-after. What Stine has captured is the feeling that you got as child on Halloween. The music, the mood, the settings. Every detail evokes trick-or treating, pumpkins, haunted houses, and the good memories we have from All Hallows Eve. 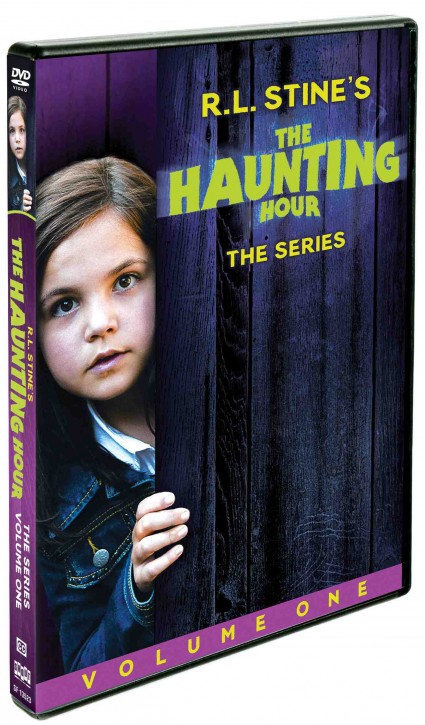 The series is split into various tales of horror. It reminds me a bit of “Tales From The Crypt” -but for a 12 year old. Many of the stories are surprisingly adult considering the target audience. The series doesn’t talk down to kids. It respects their intelligence and their real life experiences.

“Really You” (parts one and two) deal with materialism, “Nightmare Inn’ is about a child dealing with the loss of her father, “The Red Dress” is about shop lifting and the need for approval from peers. Parent/child relationships is a theme that runs throughout the series and it addresses those relationships honestly and realistically.

When “The Haunting Hour” is good- it’s quite good. “The Dead Body” and “Nightmare Inn” from Volume One, and “The Red Dress” and “Ghostly Stare” from Volume Two are stand out episodes. The acting is solid and the stories are strong. It is good, clean, family fun. 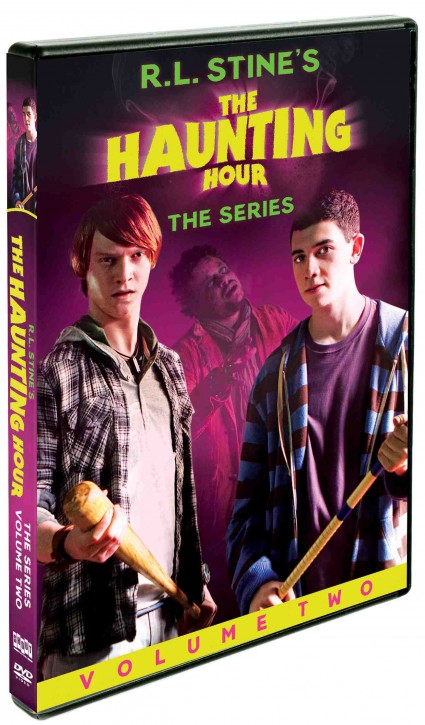