James headed out for some of the biggest stars of the best 20 years, they are green, they are dogs, they are… The Muppets! I have a soft spot for the felt creatures and I’m glad they are getting a minor resurgence!

The UK premiere was a smashing success!

Firstly, I apologise for the distinct lack of updates recently. Work’s been rather busy (can’t believe I’ve been there two months already, it’s flown by!). Anyways, I’ve still been out and about a few days after work, and I’m doing my best to keep this page up to date. I’ve about 10 write ups to do, but I’l start with one from last week, and the UK premiere of Muppets Most Wanted, starring Ricky Gervais, Ty Burrell and Tina Fey. Sadly Tina didn’t come over to London to attend (gutted, so want to meet Liz Lemon!) but it’s never a bad thing to meet Ricky! 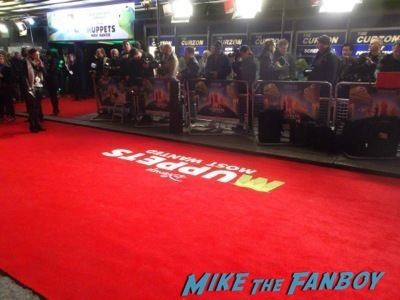 I arrived having legged it from work, and it was pretty empty. Steve Whitmire (aka Kermit), Eric Jacobson (Miss Piggy) and Matt Vogel (Constantine) had already arrived to set up, but didn’t sign. Throughout the night they didn’t sign at all, which was a shame. I’ve met Eric before but not Steve, hopefully one day!

Ricky Gervais was the first to arrive, and came straight over to sign. Ricky was as great as he always is, and made time for everyone. He signed my The Office boxset already signed by Martin Freeman, and then signed the sleeve for it too. He also signed my Invention of Lying DVD sleeve (secretly I like that film!).

I also cheekily asked if he’d mind drawing me a quick Flanimal (a series of cartoon “animals” he created for a series of books a few years back), and he happily agreed! So cool! 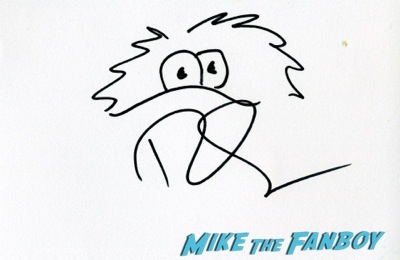 He also posed for a photo with me. Super guy! 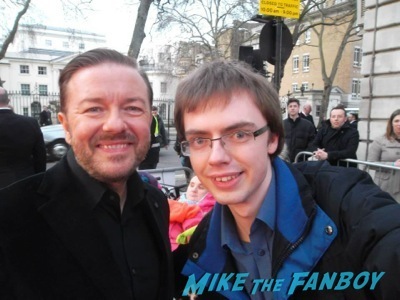 Modern Family‘s Ty Burrell arrived next, and after posing for the photographers he too came over to sign; he signed an index card for me and posed for a photo. 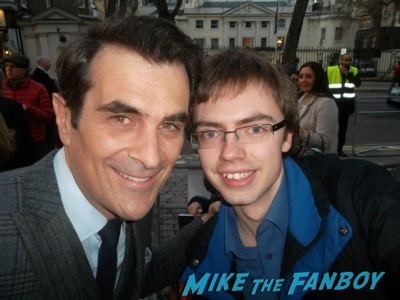 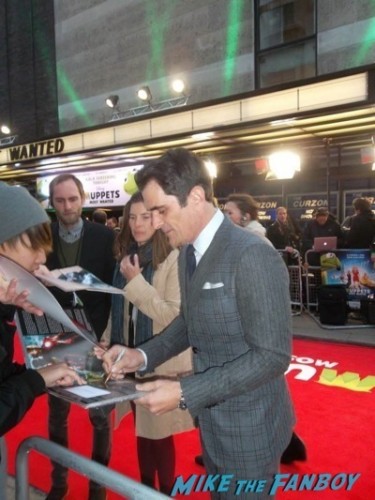 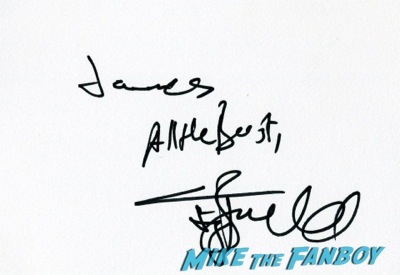 Director James Bobin (who also directed The Muppets) followed soon after, and he too signed an index card and posed for a photo. 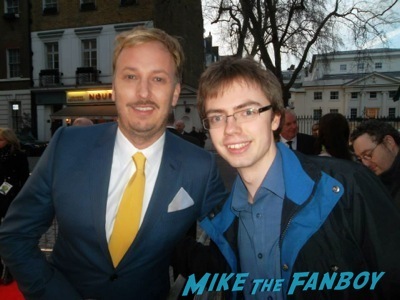 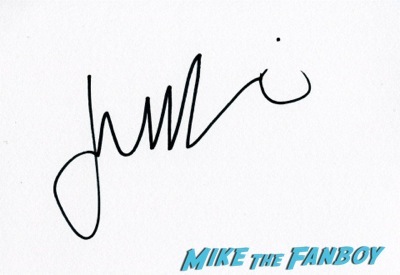 Just as we thought that was it for the cast, suddenly Stanley Tucci turned up unannounced. Wow. I love Stanley, I wanted to meet him for years, then have now met him three times in as many months! He signed an index card for me, and posed for a photo. Finally a photo with him I like! 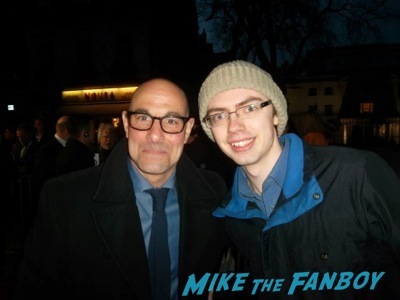 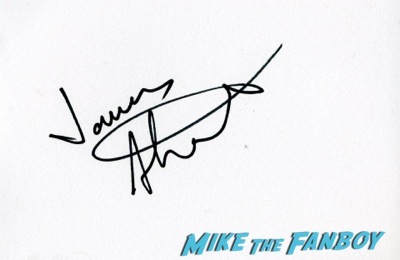 and that was that. There were a few random minor celebrities there to watch it, but no one I got. Stephen Fry did turn up rather late and signed a few, but I didn’t get him.
So for now, that’s it! Onto the next writeup….!